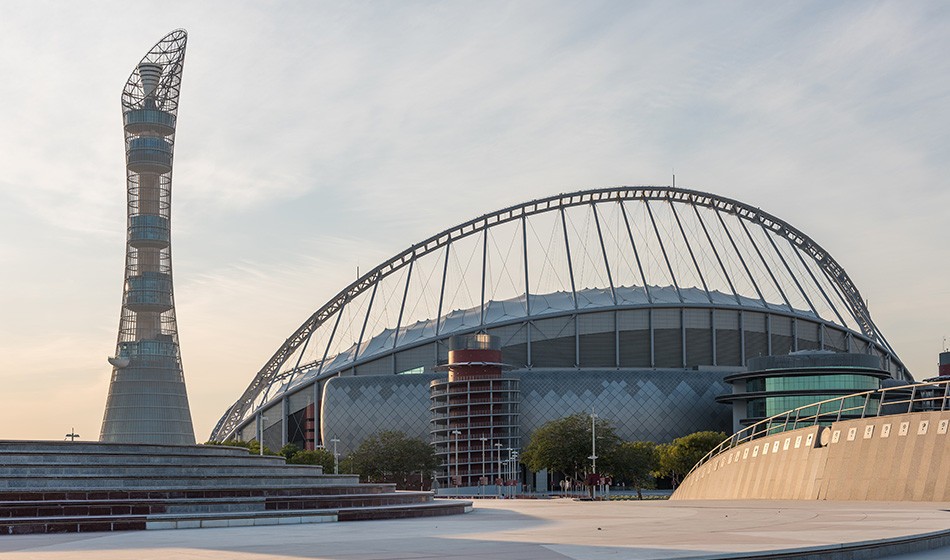 It’s now less than 150 days until the 17th IAAF World Athletics Championships gets under way – and the host city of Doha is preparing to throw open its doors to the world for the biennial showpiece.

It is expected that visitors from 205 countries, 3500 athletes, approximately 10,000 international guests, 30,000 spectators from outside Qatar and more than 2000 media personnel will descend on the city for what is the third-biggest sporting event on the planet.

Having been handed the baton from London, the location for a memorable championships which unfolded at the Olympic Stadium two years ago, anticipation is building towards the event, which will take place at another highly impressive, state-of-the-art venue – the Khalifa International Stadium – from September 27 to October 6.

There is no doubting that this will be a world championships with a difference. For starters, this will be the first time the event has been held in the Middle East.

With the temperatures in Doha in late September and early October high, all of the athletics sessions will start later in the day – particularly the marathon events, which will get off and running at midnight.

Yet, thanks to a three-year project, the Khalifa Stadium has been transformed into an ultra-modern venue equipped with cutting-edge features such as air-conditioning technology, LED lighting and digital floodlights, providing optimal performance conditions for athletes and a great viewing experience for spectators.

With the stage set, this will be a world championships to remember.

Here we take a look at Doha’s credentials as hosts, plus check out our trip tips feature here as we uncover some of the best things to see and do in a city which has lots to offer.

Having played host to events such as the Asian Games, as well as football’s Gulf Cup and AFC Asian Cup, Doha is no stranger to staging high-profile sporting events. Things are certainly about to step up a level, however.

The 2022 FIFA World Cup is on the horizon, but first comes this year’s IAAF World Athletics Championships – a showpiece which will turn the world’s gaze towards the Qatari capital.

The sport of track and field athletics is a regular fixture on the sporting calendar in this part of the world, of course.

The Doha Grand Prix was first held in 1997, with only men’s events included in the programme, while women’s disciplines were added the following year.

The meeting’s profile rose quickly and it was elevated to Grand Prix II level just two years later while, by 2005, it was one of five meetings granted Super Grand Prix status. By 2010 it had grown to become a strong international early-season fixture, marking it as an ideal opening competition for the newly-formed Diamond League series.

The first ever Diamond League meeting was staged at Qatar Sports Club Stadium in 2010 on May 14, only two months after Doha hosted the acclaimed IAAF World Indoor Championships.

After hosting the recent Asian Athletics Championships, the next chapter in Doha’s athletics history will be written very shortly when the Diamond League season-opener celebrates its 10th staging on Friday.

Given what lies in store later this year, there will undoubtedly be extra significance and attention on the meeting as athletes look to make an early mark in world championships season.

Britain’s triple European champion Dina Asher-Smith gets to sample the Khalifa Stadium – the 2019 World Championships host venue which takes over this year from the Qatar Sports Club – and will be in action, over 200m, in what will be a fascinating contest with Marie-Josee Ta Lou of Ivory Coast, who won the 100m in last year’s meeting. It is just one of many intriguing battles to look out for in a packed programme.

The fortunes of Qatari stars Abderrahman Samba, the Diamond League winner who ran the quickest time for the 400m hurdles since 1992 (46.98) last year and has started the year in fine form, as well as world champion high jumper Mutaz Essa Barshim, will also be under the microscope in an international outdoor season which begins and ends in Doha.

The climax of it all will of course be the IAAF World Championships. It’s a finale not to be missed.