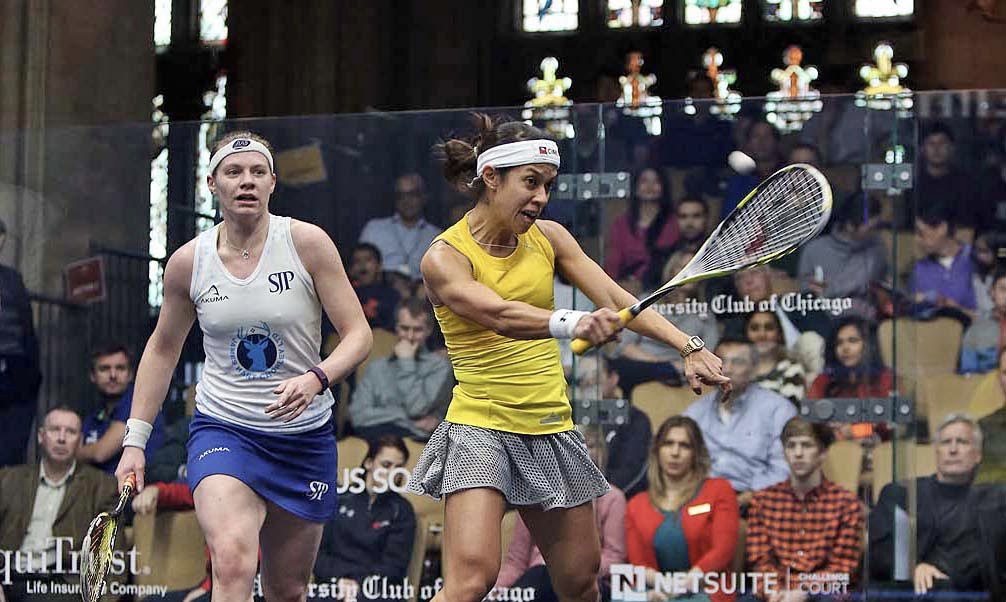 Nicol David is working quickly to fill the void created by her recent retirement from international squash. She is working hard to inspire the next generation of young talent in Malaysia and is inviting juniors to get alongside the world’s leading stars in a new event, called The Dream Remains Exhibition, taking place on December 19-20.

Nicol David is one of the most successful players in squash history, winning the world title eight times, and she was ranked world number one for a total of 112 months with a run of 109 consecutive months at the top of the rankings.

Looking ajead to her new event, Nicol said: “I’m thrilled to announce that I will be hosting for the first time in Kuala Lumpur a professional squash event called The Dream Remains Exhibition at the Nicol David Arena, inside the National Squash Complex in Bukit Jalil, with the support of the National Sports Council (MSN) and the Squash Rackets Association of Malaysia (SRAM).

“After my retirement I launched my campaign called The Dream Remains. I shared the view that I still feel I have more dreams to accomplish looking to the future, and this event is one of them. I wish to motivate our junior players and all squash enthusiasts to take up the sport that changed my life.

“This event will be open for everyone and it is 100 per cent free entry to come and watch top level squash being played right here in Kuala Lumpur.

“We will have four professional women players including our very own Malaysian Low Wee Wern (World No.24), together with England’s Sarah-Jane Perry (No.7), Belgium’s Tinne Gilis, (No.26) and Canada’s Hollie Naughton (No.28).

“As part of the experience for the spectators I will also be making an appearance by playing on court with the future junior players of Malaysia. It will be my first time playing here in Malaysia after my retirement.

“The matches are scheduled to start at 4.30pm local time on both the 19th and 20th. On day one we will have two semi-finals matches and on the 20th we will host the 3rd/4th play-off followed by the Grand Final.

“This initiative is designed to bring more squash interest back into Malaysia and a special moment for me to share with the crowd and junior players from all around our country. I am looking forward to a large crowd dropping in to enjoy the action.”