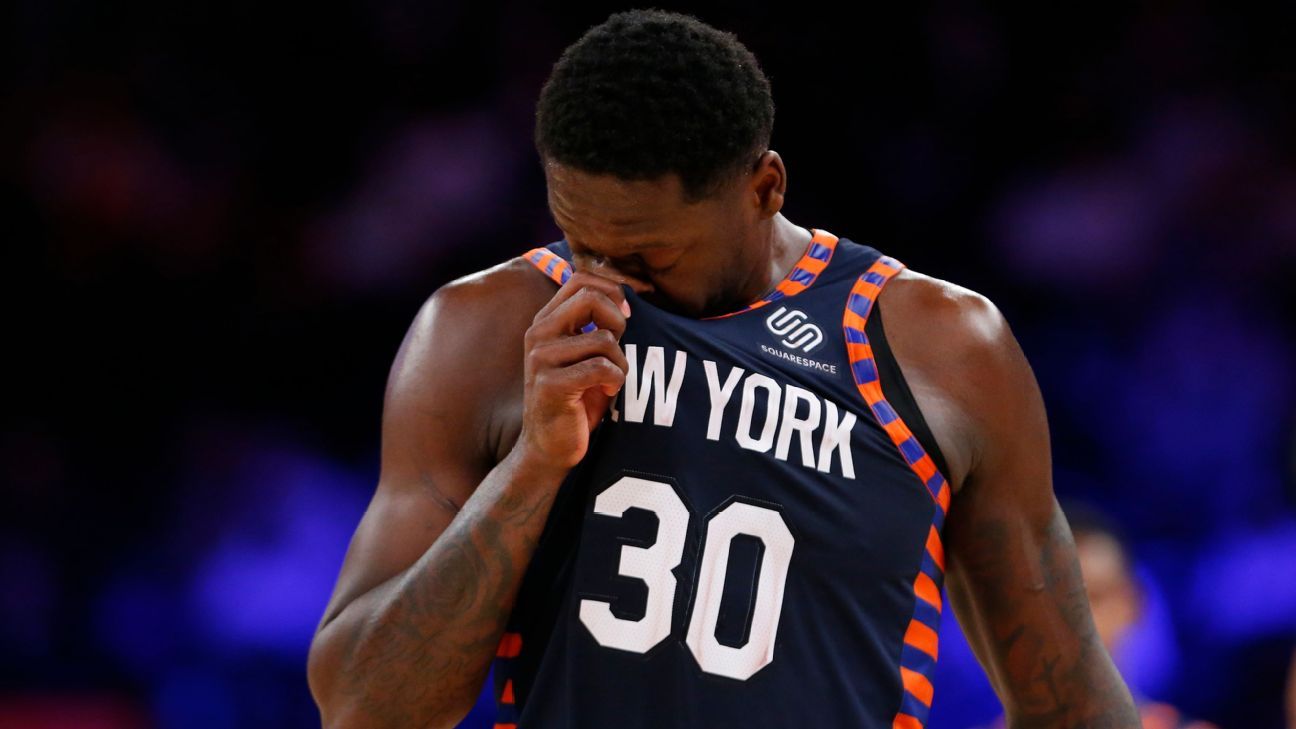 NEW YORK -- Before the New York Knicks and Indiana Pacers faced off at Madison Square Garden on Saturday night, Mike Miller -- the man tapped to replace David Fizdale as New York's interim coach -- walked into the news conference room in Madison Square Garden, placed both hands on the wooden podium and addressed reporters.

The men who fired Fizdale -- team president Steve Mills and general manager Scott Perry -- did not.

Miller opened with diplomatic pleasantries saying, "I would like to thank coach Fiz for the opportunity to be a part of his staff." He was asked why the decision to fire Fizdale was made Friday. He was asked what the players thought about it. He declined to answer those questions.

In truth, Miller wasn't the man to answer those questions. Those who were -- Mills and Perry -- decided not to.

The normal thing to do when a front office fires a coach is to explain why the decision was made, and what will happen next.

This, though, is The Garden -- where abnormal things happen.

So Mills and Perry decided they need not address the media Saturday evening -- despite the fact the two of them made the surprising decision to hold a press conference after a blowout loss at home to the Cleveland Cavaliers last month. That press conference, one source within the organization said, all but marked the end of Fizdale's tenure.

All that was left to be determined was when he would be fired. That turned out to be Friday -- but only after Fizdale oversaw a practice, spoke to the media and said hello to Mills and Perry in front of the cameras.

It was all just another reminder of how the Knicks have spent the past two decades lurching from one self-inflicted mess to another under James Dolan's ownership -- all while turning the league's most valuable franchise into one of its biggest laughingstocks.

After Miller was done, the locker room opened, and it was the players' turn to explain Fizdale's firing from their vantage point. Taj Gibson and RJ Barrett said the front office called them to notify them of the coaching change. Gibson said that Fizdale teared up when the two hugged goodbye.

The morning before Fizdale was fired, Marcus Morris Sr. gathered the team for a players only meeting. The meeting, Morris said, was about "the direction we're trying to go as a team."

The players said they also discussed ways that they could alleviate some of the pressure on Fizdale. 22-year-old Dennis Smith Jr. -- who was acquired in the front office's deal to send out Kristaps Porzingis to the Dallas Mavericks in February -- said that the team felt they could've done more to help their former coach hang onto his job longer.

"We didn't want it to all fall on him," Smith Jr. said. "We talked about that actually, we gotta start taking responsibility. It's not 100 percent all him. It's tough."

Morris Sr. added: "Fiz is the type of guy that stands in front of everything. That's why I looked up to him a lot."

Fizdale was fired hours after the players' discussion concluded. Julius Randle represents this team's marquee offseason acquisition; he had to speak on an early season coaching change as well.

"Fiz was a great person, great human being, great coach. It is tough, but we have a long season ahead. We have to keep moving along," Randle said.

Once the game began on Saturday, Dolan took his customary seat on the baseline next to the New York bench and folded his arms across his chest.

The Knicks had a chance to win the game despite trailing Indiana by 11 points in the fourth quarter. New York's defense didn't allow the Pacers to score in the final 5 minutes and 17 seconds. Randle, who was fouled with 0.1 seconds remaining in regulation, had a chance to force the game into overtime. He made his first free throw, and the Knicks players that had been sitting on the bench rose to their feet and put their arms around each other in silent prayer.

In the end, as Dolan has so many times over the past two decades, he proceeded to watch Randle's second free throw bounce off the back iron to seal a New York loss.

"It is pretty difficult. We played hard. We gave them everything we had. Came up short," Randle said after the Knicks missed 14 of their last 16 shots in the 104-103 loss.

Now, after a day and night when the Knicks did nothing to address their future, the wait begins for them to do so.