CMR Tabs Cole Bodine To Drive No. 39bc Full Time 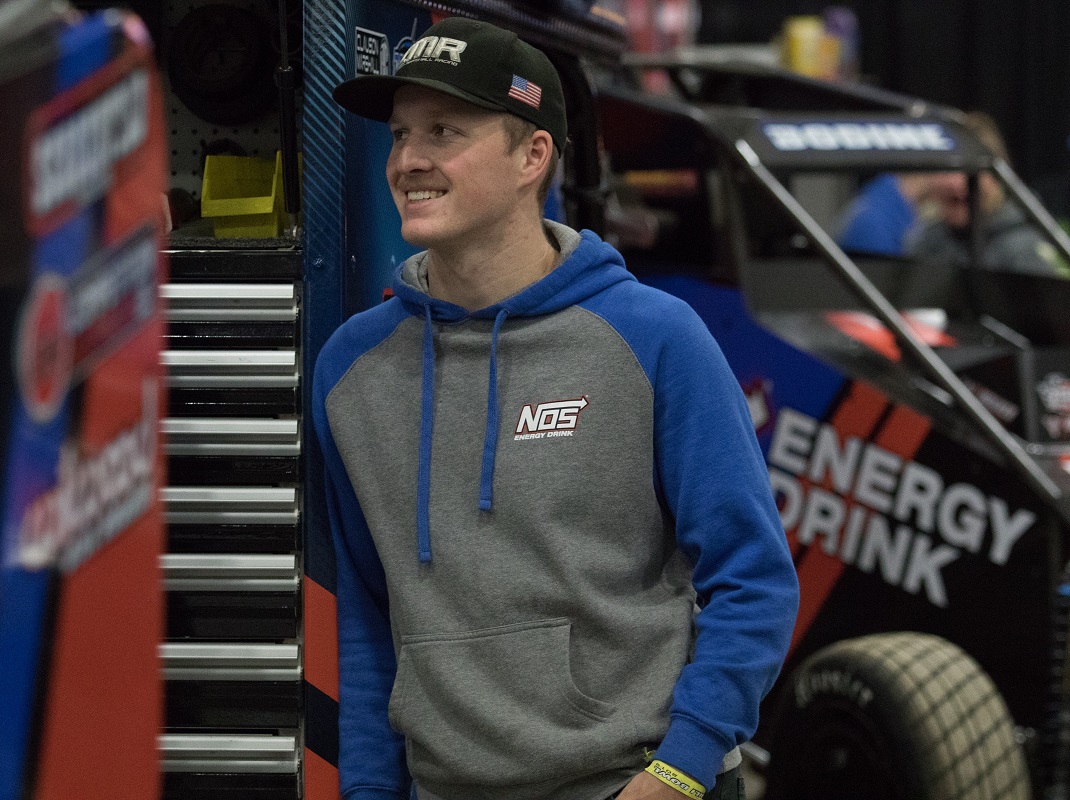 INDIANAPOLIS – Clauson-Marshall Racing has announced that it is continuing its partnership with Indiana Donor Network to promote organ, tissue and eye donation and transplantation through the Driven2SaveLives campaign for 2020.

As part of the extension, Cole Bodine will return to driving duties for Clauson-Marshall Racing as the pilot of the No. 39bc for the full 2020 NOS Energy Drink USAC National Midget Series season.

Driven2SaveLives, which launched in 2016 surrounding the 100th running of the Indianapolis 500, has been involved in dirt track racing with the goal of registering fans and racers to become donors in honor of Bryan Clauson since January 2017.

Since then, the campaign has raised awareness and encouraged well over 1,000 people to register their donation decisions through their partnership with Clauson-Marshall Racing and sponsorship of various dirt track related events, including the Driven2SaveLives BC39 powered by NOS Energy Drink at The Dirt Track at Indianapolis Motor Speedway.

“The Driven2SaveLives campaign is an increasingly visible symbol for the donation message, both here in Indiana and throughout the nation,” said Kellie Hanner, Indiana Donor Network president and chief executive officer. “We are excited to continue our partnership with Clauson-Marshall Racing to raise awareness with race fans, register donors and ultimately save more lives.”

Stepping into an old, but new role for Clauson-Marshall Racing, Bodine will transition into a full-time competitor on the NOS Energy Drink USAC National Midget Series for the first time after returning to CMR from Petry Motorsports midseason and working as a mechanic.

Bodine is no stranger to the driver’s seat at CMR, as he previously ran for Clauson-Marshall Racing in a limited number of races in 2018 and also ran the 2019 Lucas Oil Chili Bowl Nationals for the team and solidified his spot in the championship A-main by finishing third on his preliminary night.

“We are excited to be able to offer Cole a chance to compete in the USAC National Midget Series,” said team owner Tim Clauson. “He has proved over the last couple of years that he truly has the heart to race at this level. Along with heart, in his limited appearances with us he has proved he has the talent to be successful at this level. He finished second in one of his early starts for us and made the Chili Bowl A-main with a stellar podium run on his preliminary night.

“Along with the talent he possesses, he also has proved to me that he fits the person we want representing not only Clauson-Marshall Racing but also Driven2SaveLives. He certainly has proved he has the heart of a hero.”

Bodine will continue to help the Indiana Donor Network and Driven2SaveLives raise awareness for organ, tissue and eye donation and transplantation, as he competes for the NOS Energy Drink USAC National Midget Series Championship.

“When you surround yourself with good people, good things happen,” Bodine said. “I’m honored to get this opportunity to carry on the legacy of the No. 39BC and continue to raise awareness for organ, tissue and eye donation and transplantation in honor of Bryan. I can’t wait to get the 2020 season started.”