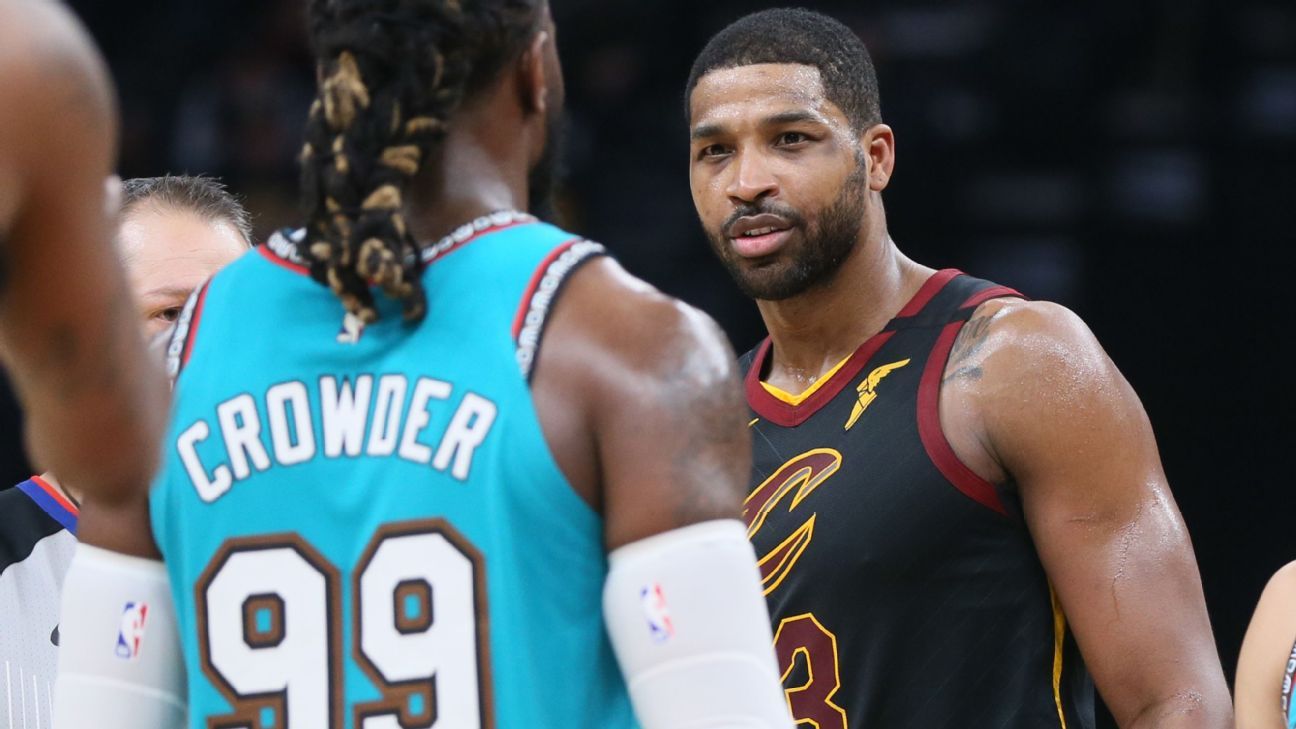 Cleveland Cavaliers forward Tristan Thompson became the second Cleveland athlete this week to get in hot water for a butt slap.

Thompson was ejected in the third quarter of Friday night's 113-109 loss to Memphis Grizzlies after drawing his second technical attempting to give Jae Crowder a smack on the butt.

Thompson was at the free throw line when Crowder passed by as he was attempting to sub out. Thompson reached down to give Crowder a smack while the Grizzlies forward attempted to fend off his hand.

Thompson was quickly T'd up for a "slap to the backside," crew chief Kenny Mauer said after the game.

Crowder and Thompson had drawn double-technicals earlier in the game.

"A lot of barking and no bite we will leave it at that," Crowder said after the game.

The two were teammates in Cleveland during the 2017-18 season, before Crowder was traded to Utah.

"So, we have a history, and it was just a little competitive spirit,'' Thompson said. "(The officials) might have taken it the wrong way because they may have forgotten we were teammates.''

Mauer said the second technical foul was not for anything either player said, "just simply the butt slap."

Thompson said he is "definitely calling (the Players Association) to appeal that.''

On Thursday, New Orleans police issued an arrest warrant for Browns star receiver Odell Beckham Jr. after video surfaced of him slapping the butt of a Superdome security guard in the LSU locker room after the Tigers' national championship victory over Clemson on Monday.