Cubs IF Bote has been playing with broken toe 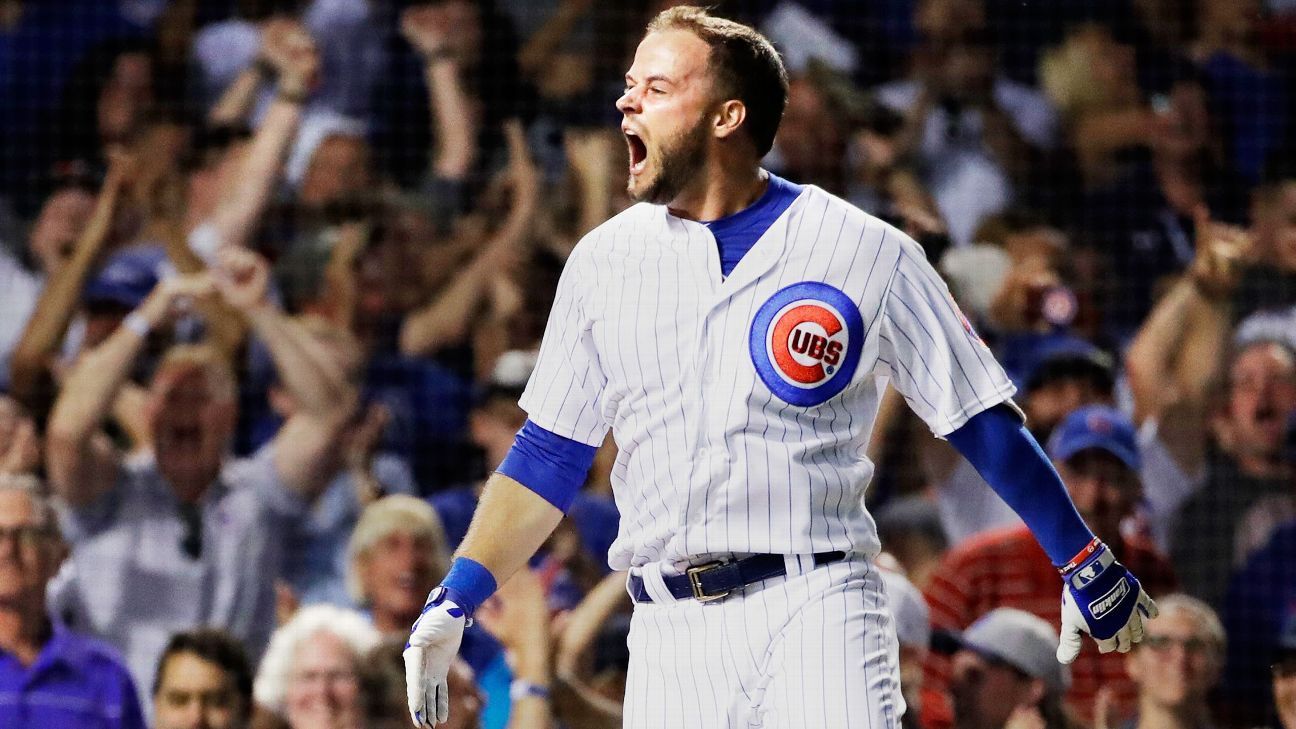 CHICAGO -- Cubs infielder David Bote has been playing with a broken left pinky toe ever since he was hit by a pitch in the first game of the season, he confirmed to ESPN on Sunday.

Bote indicated that it has been getting better since he was hit by Texas Rangers starter Mike Minor in the season opener on March 28.

Bote, 26, had an .860 OPS going into Sunday's game against the St. Louis Cardinals after compiling the third-highest average exit velocity in baseball last season.

Just days after getting hit by the pitch, Bote signed a five-year, $15 million contract with the Cubs. He has emerged as a solid defender to go with his offensive capabilities.

The injury to Bote seemingly hasn't hampered him, as he has run the bases without a noticeable issue while playing both second and third base for the team.