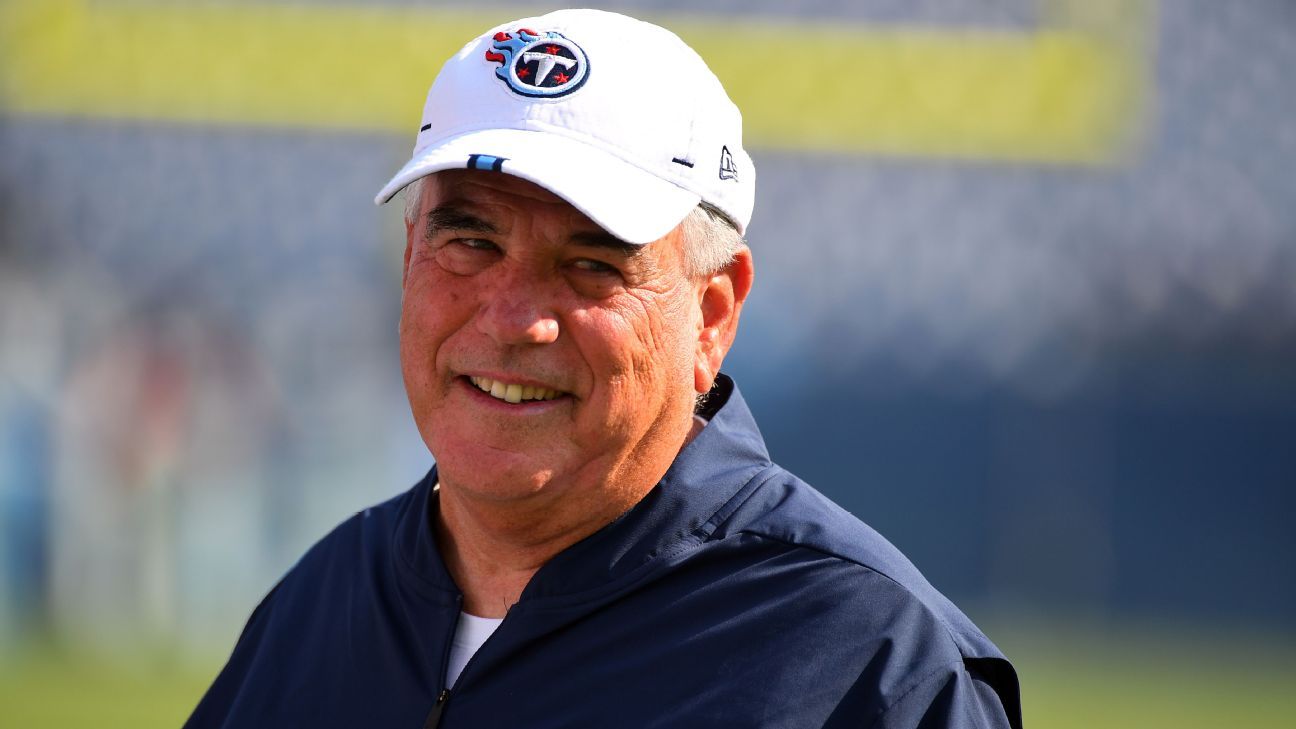 NASHVILLE, Tenn. -- Tennessee Titans defensive coordinator Dean Pees announced Monday that he is retiring after 47 years coaching football, including 16 in the NFL.

The tough decision came the day after the Titans' 35-24 loss to the Kansas City Chiefs in the AFC Championship Game.

"It's been 47 years, I told the team today that 721 games is a lot of games to coach. It's time. I just feel like it's a great time for us. I want to spend time with my wife. She's been very supportive. It's been a great ride," Pees said.

He broke into the NFL as a linebackers coach with the Patriots in 2004 where he coached Vrabel. When Vrabel got the Titans' head-coaching job, he said he had to have Pees as defensive coordinator.

"After my first call home, my call was to Dean Pees," Vrabel said. "I asked Dean, knowing he was in the process of retiring, but I wanted him to be a part of this to help me lead our defense and our team with his knowledge to help us get this thing going."

Pees said he didn't have to interview with Vrabel.

Known for elaborate schemes and his ability to confuse quarterbacks, Pees has drawn praise from many players whom he coached. Perhaps the best endorsement came from veteran defensive back Logan Ryan, who called Pees 'a literal genius.'

Pees felt a special connection to the Titans' players and coaches. He was especially thankful that his return to coaching included having his son, Matt, on the staff as a defensive assistant.

Having returned from temporary retirement in Baltimore, Pees joked that this time he's done for good. There won't be a return -- not if Vrabel can help it.

"I talked him out of retirement once. I didn't have the heart to talk him out of it again," Vrabel said.

More in this category: « Source: Jets ship Lee to Chiefs after GM shake-up Sources: Kubiak to take over OC duties for Vikes »