Canes' Mrazek back at practice after injury 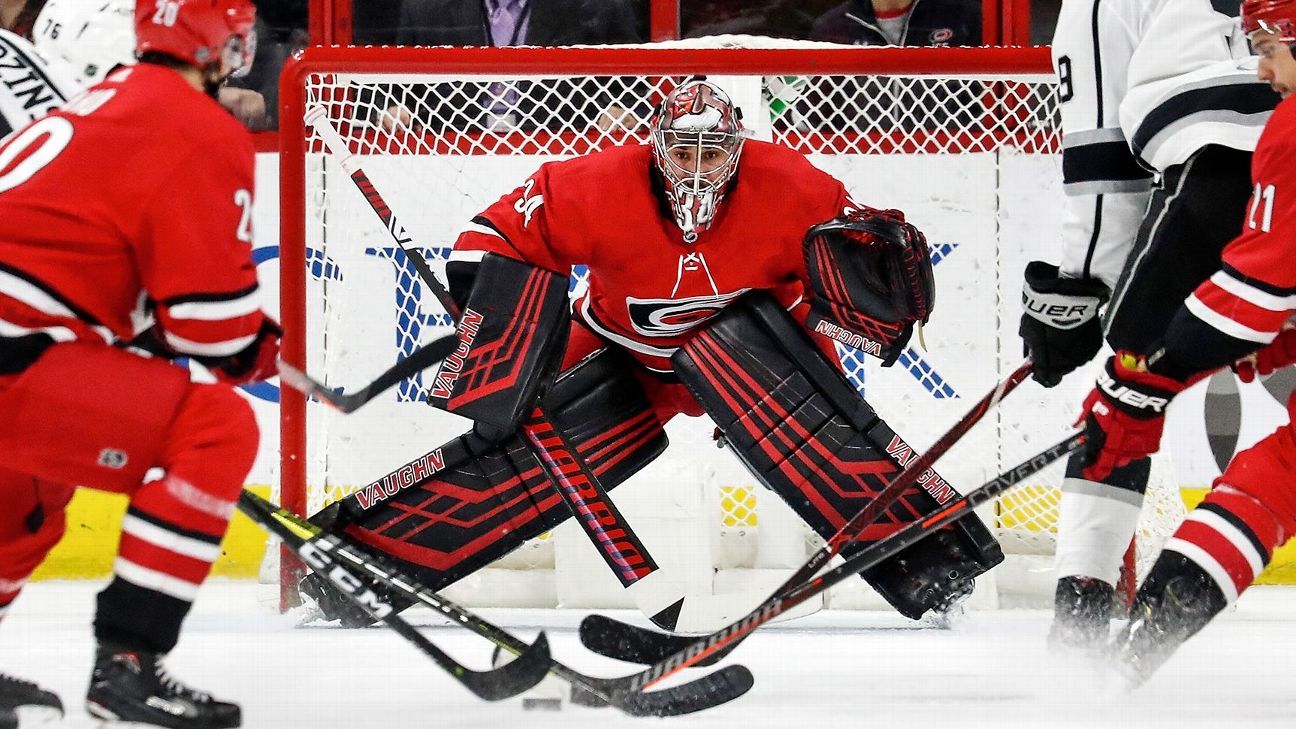 RALEIGH, N.C. -- Carolina Hurricanes goalie Petr Mrazek was back at practice Monday after leaving a playoff game early with a lower-body injury.

Coach Rod Brind'Amour said Monday there were "no limitations" on his goalie and Mrazek said he felt "120 percent, to be honest."

Mrazek, who has stopped 210 of the 230 shots he's faced in the playoffs, was hurt early in the second period of Game 2 of the Hurricanes' second-round series with the New York Islanders on April 28.

Backup Curtis McElhinney closed out that victory, then won Carolina's next two games on home ice to polish off the first four-game playoff sweep in franchise history.

Brind'Amour said it's "not that imperative to make any decisions" with at least a few days before the Eastern Conference final begins.