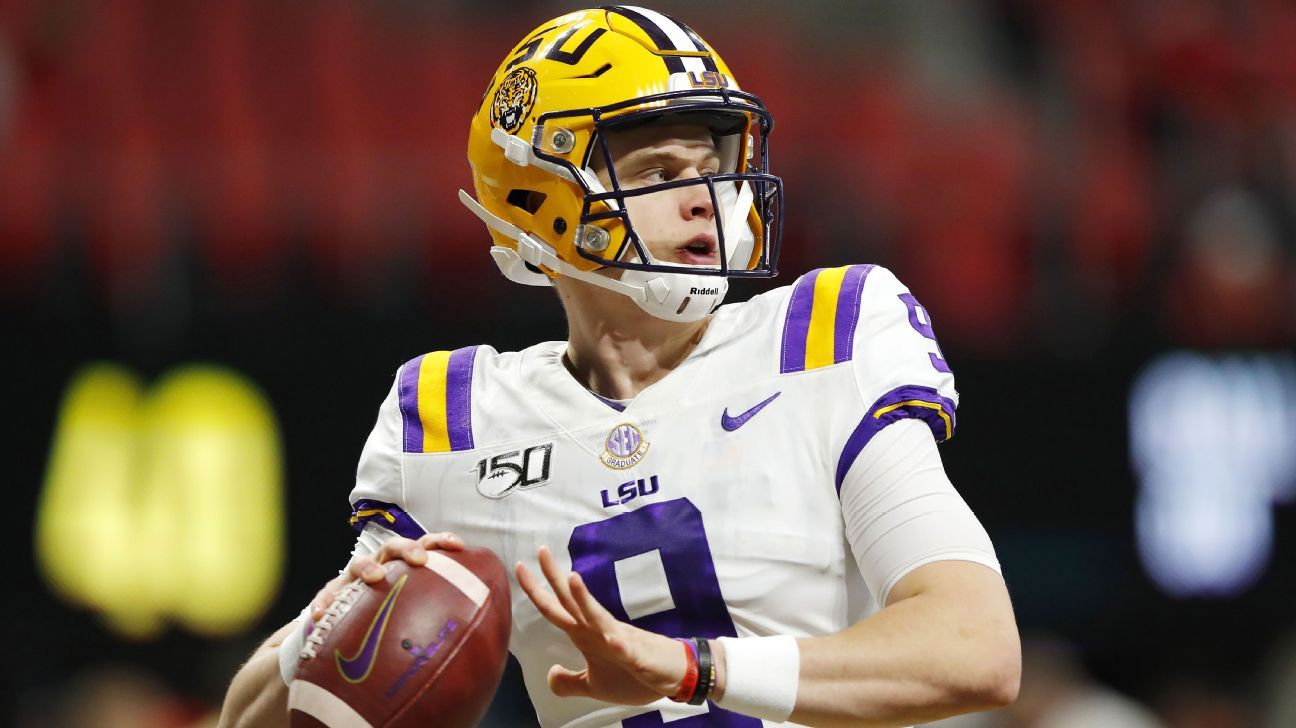 Another talking point regarding potential No. 1 overall pick Joe Burrow occurred when his measurements were taken on Monday morning at the NFL combine in Indianapolis.

Burrow's hand size was measured at nine inches, a source confirmed to ESPN. The information was first reported by Yahoo Sports.

Per ESPN Stats and Information, the length from pinkie to thumb was tied for the smallest among first-round quarterbacks measured at the combine since 2008. Ryan Tannehill and Jared Goff, the others with those hand sizes, happened to be instructed by current Cincinnati Bengals coach Zac Taylor.

Taylor and the Bengals could potentially draft Burrow with the franchise's top-overall pick since 2003. Taylor, a former quarterback at Nebraska, had a 9-inch hand measurement at the 2007 combine.

Of the 35 quarterbacks drafted in the first round since 2008, 9 7/10 inches is the average hand size, according to ESPN Stats and Information. Kansas City Chiefs quarterback Patrick Mahomes, who led Kansas City to victory at Super Bowl LIV and was named the game's MVP, registered at 9 1/4 inches in 2017.

Over the last 10 years, a mere three quarterbacks with 9-inch hands have attempted more than 300 passes -- Goff, Tannehill and Chad Henne. During that span, none of them have a Total QBR above 55.

Burrow enters this week's scouting combine as the overwhelming favorite to be the top overall pick. The former LSU quarterback won the Heisman Trophy and led the Tigers to a national championship in his final year of college.

Alabama's Tua Tagovailoa and Oregon's Justin Herbert were measured with 10-inch hands. Along with Burrow, they are expected to be two of the top quarterback prospects available in the upcoming draft.