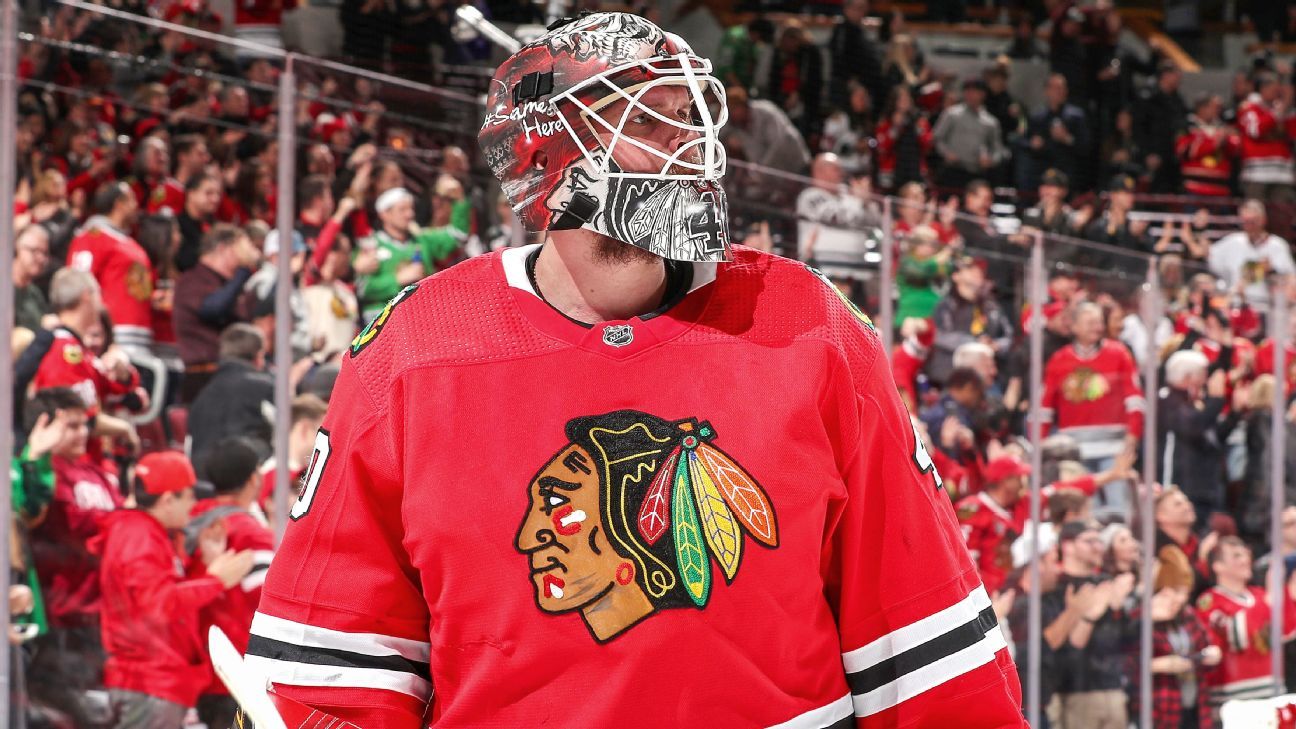 The Vegas Golden Knights acquired veteran goaltender Robin Lehner from the Chicago Blackhawks in the final hour before the NHL trade deadline on Monday, according to multiple reports.

As the deadline hit at 3 p.m. ET, Chicago's return for Lehner was not immediately clear.

Though the teams had yet to confirm the trade, Lehner thanked Blackhawks fans on Twitter and wrote that he was really excited to join Vegas.

Thank you Chicago. What a great city. Fans were unbelievable and I'm not going to forget the short time there. I believe in this team and still do. Great teammates! gonna miss all of you. The city and guys deserve the best. ?was born in Chicago.

Really exited to join Vegas. Going to be a ride. Can't wait to get there but please no drums at the airport I'm shy...

Lehner has been a bright spot for the Blackhawks this season, going 16-10-5 with a 3.01 goals-against average and .918 save percentage. But when combined with teammate Corey Crawford's 11-17-3 record (2.80 GAA, .915 save percentage), Chicago is in last place in the Central Division and facing a third straight season without playoff hockey.

Lehner, 28, signed a one-year, $5 million contract with the Blackhawks during the offseason, after a career-resurrecting campaign with the New York Islanders in 2018-19, when he was a Vezina Trophy finalist.

He also won the Bill Masterton Memorial Trophy for perseverance, sportsmanship and dedication; he has spoken about seeking treatment for his mental health and substance abuse after his issues came to a head during his last season in Buffalo, 2017-18.

Lehner will pair up with Vegas starter Marc-Andre Fleury as the Golden Knights gear up for a third straight postseason appearance. With 76 points, Vegas is in first place in the Pacific Division.

Also Monday, the Knights acquired forward Nick Cousins from the Montreal Canadiens in exchange for a fourth-round pick in the 2021 draft.