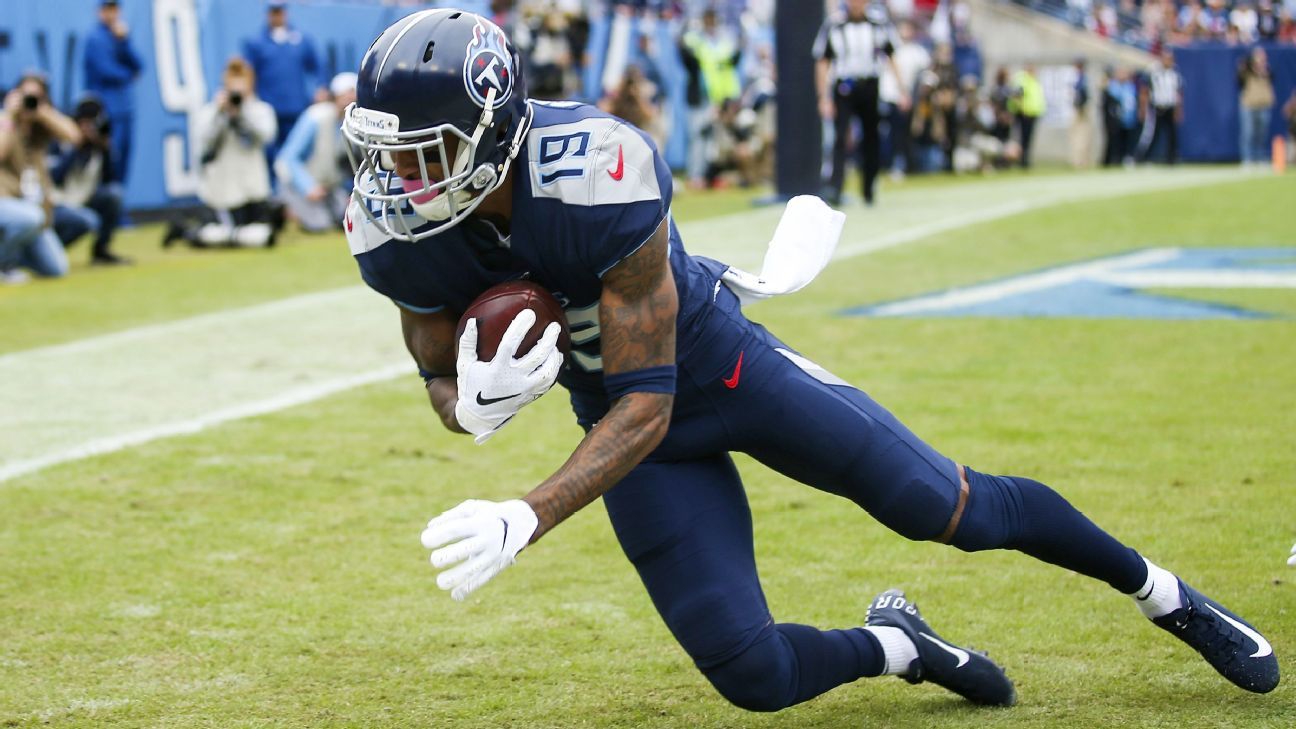 Free-agent wide receiver Tajae Sharpe has agreed to a one-year deal with the Minnesota Vikings, a source confirmed to ESPN on Wednesday.

Sharpe, 25, had 25 receptions for 329 yards and a career-high four touchdowns last season, his fourth with the Tennessee Titans.

The Vikings are in the process of filling the void left by Stefon Diggs, who was traded to the Buffalo Bills last week in exchange for four draft picks, including the No. 22 overall selection.

Sharpe will be in the mix for Minnesota's No. 2 receiver spot opposite Adam Thielen. In three seasons with Tennessee, Sharpe emerged as a possession receiver whose ideal fit is on the outside, though he did register 102 snaps in the slot last season.

Despite being a run-first offense, Minnesota's passing game relies primarily on its top two receivers. With Thielen missing nearly two months with a hamstring injury in 2019, the discrepancy between Diggs (1,130 yards) and Thielen (418) and the Vikings' other crop of receivers -- Bisi Johnson (294 yards), Laquon Treadwell (184), Chad Beebe (70) and Alexander Hollins (46) -- was noticeable.

It'll likely take more than a late free-agent signing to replace Diggs' production, as he topped 1,000 yards receiving over the last two seasons. Minnesota has five selections in the top 105 picks and could look to draft an early-round receiver to compete for the No. 2 job in training camp.

Sharpe appeared in 15 games for the Titans last season, but he made just six starts as he had a reduced role, getting on the field for 431 snap counts on offense, a career low.

He has appeared in 47 games with 29 starts since Tennessee selected him in the fifth round of the 2016 draft and has 92 receptions for 1,167 yards and eight touchdowns.

Sharpe missed the entire 2017 season because of a right foot injury.

He is a budding music producer and hip-hop artist as part of a group called GMR -- short for Get Money Regardless. Last March, he released a self-financed mixtape that was produced and recorded in New Jersey under a label he and his team created, Band Gang Entertainment (BGE).

ESPN's Courtney Cronin and Turron Davenport contributed to this report.