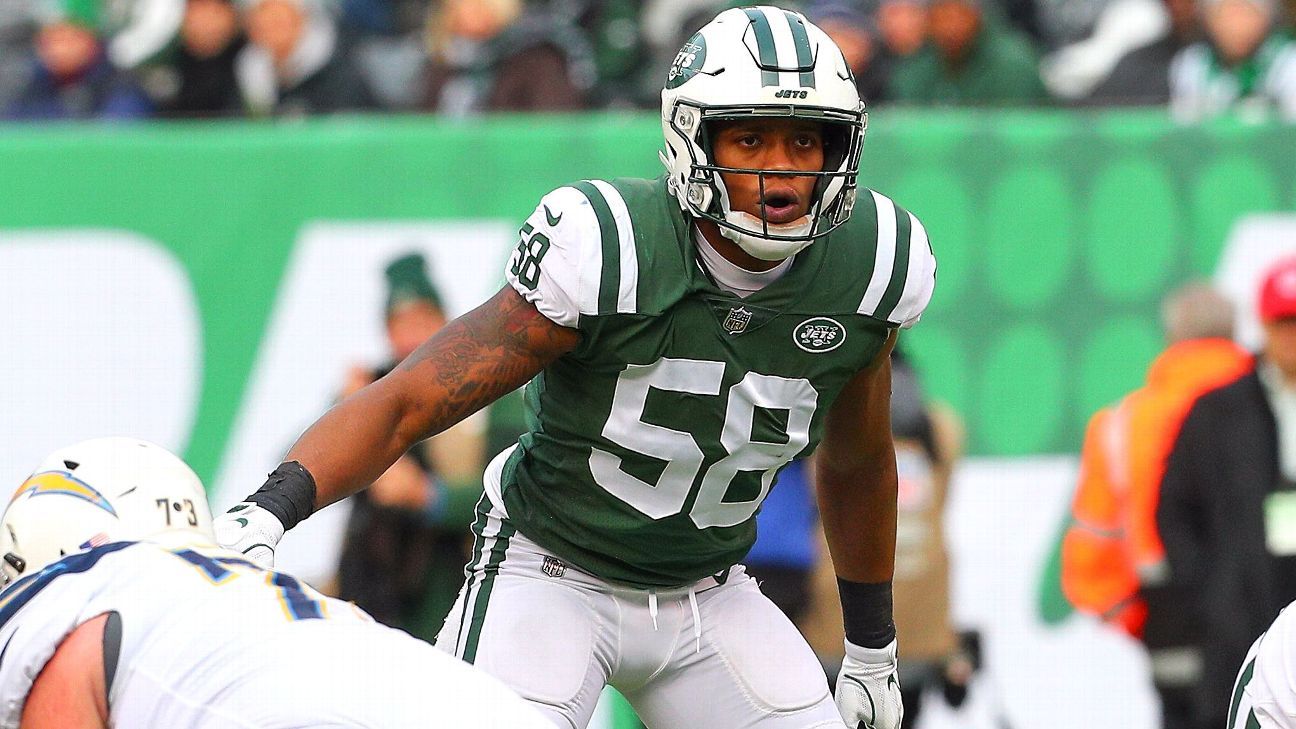 Gase inherited personnel power earlier Wednesday, when general manager Mike Maccagnan was fired after four seasons. Gase, hired in January as the coach, will serve as the interim GM until a new one is hired.

Maccagnan picked Lee in the first round of the 2016 draft. His days were numbered as soon as the Jets signed middle linebacker C.J. Mosley to a record-setting contract in free agency. They tried to trade Lee during the NFL draft last month, then declined to exercise his fifth-year option.

Lee was the 20th overall pick in the 2016 draft. It was a curious choice, because at 6-foot-1 and 232 pounds, he seemed small to play inside linebacker in the 3-4 defense. The coaching staff downplayed the size factor, saying he fit the growing trend of fast linebackers who could play in space against spread offenses.

The former Ohio State standout struggled in his first two seasons, especially against the run, but he showed signs of improvement in 2018. He made three interceptions -- the first three of his career -- including one returned for a touchdown.

Lee felt he had played well enough to earn Pro Bowl consideration, but his season came to an abrupt end after the 12th game when he received a four-game suspension for violating the league's substance-abuse policy. He has yet to comment publicly on the matter.

Jets CEO on firing GM: 'Never a good time' for this decision

Jets CEO Christopher Johnson expresses how tough of a decision it was to fire GM Mike Maccagnan on Wednesday.

Due to the suspension, Lee's 2019 base salary of $1.84 million is no longer fully guaranteed, because by rule the guarantee was voided. The Jets had no intention of exercising his fifth-year option for 2020, which would have been an estimated $10 million.

In the Jets' way of thinking, Lee became expendable when they signed Mosley to a five-year, $85 million contract in free agency. Mosley will replace Avery Williamson, who will slide over to Lee's former spot -- the weak-inside linebacker position.

Williamson's $8 million salary is guaranteed, and there was no chance that the Jets would eat that much money.

Lee became the first of Maccagnan's first-round picks to be jettisoned from the roster. The other four -- defensive tackle Quinnen Williams, quarterback Sam Darnold, safety Jamal Adams and defensive end Leonard Williams -- were all top-six picks.

In Kansas City, Lee should get the chance for playing time.

The Chiefs, with one of the NFL's worst defensive teams last season, have undergone a dramatic overhaul on that side of the ball. Among the changes is to a 4-3 defensive system.

At least one of the starting linebacker spots is up for grabs after the Chiefs traded one of last year's starters in Dee Ford and released another in Justin Houston. Anthony Hitchens, a free-agent addition last year, and Damien Wilson, who signed this year, figure to be two of the starters. The third spot is up for grabs, and that's where Lee could get a look.

More in this category: « Where does Virginia rank among all the national championship teams? Red-hot Warriors still missing Durant »
back to top