Daly: Playing with cart a 'distraction,' still 'not even easy' but needs it to play 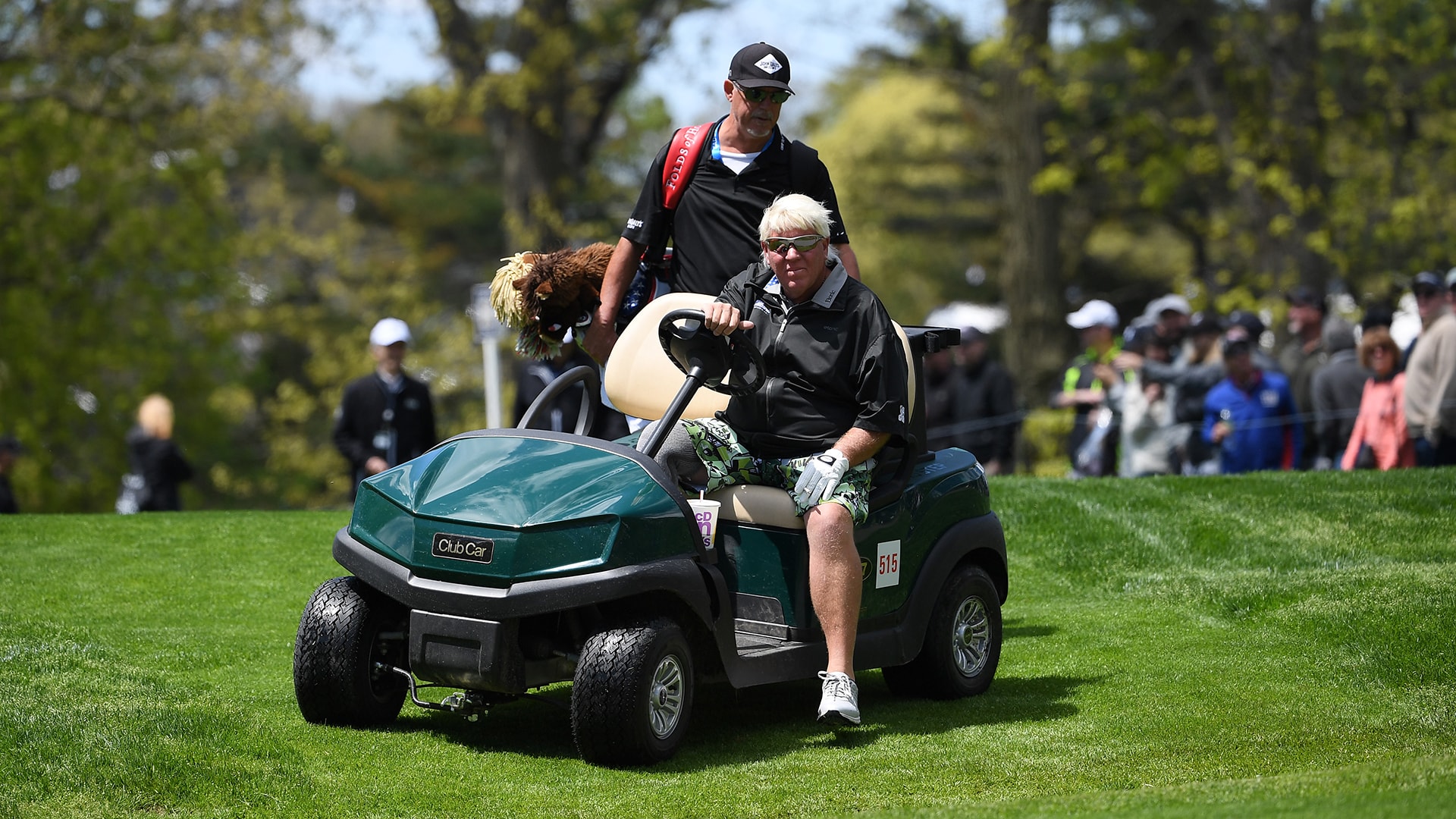 FARMINGDALE, N.Y. – Set against a backdrop of rolling hills, it was the kind of site that prompts a double take as John Daly wheeled his way through the crowds on Wednesday at Bethpage Black.

Daly became the first player since Casey Martin at the 2012 U.S. Open to be allowed to use a golf cart at a major championship under the Americans with Disabilities Act, and despite some push back from players, most notably Tiger Woods, using a golf cart was the 1991 PGA champion’s only option.

“I wouldn’t have been able to play [without a golf cart],” Daly said. “To tell you the truth it’s not even easy playing with a cart because for me the cart is more of a distraction but I need it otherwise I can’t play.”

Maneuvering a golf cart across Bethpage Black’s 7,459 yards of rolling terrain and between the throng of fans has proven difficult for Daly. It’s been made even more challenging by a list of guidelines that the PGA of America demanded for cart use during the championship.

“Where the player goes all depends on the golf course and the conditions. I will meet with John and just talk through where he can go and can't go,” said Kerry Haigh, the PGA’s chief championships officer. “Obviously there's some places on this golf course where you can't get a golf cart to. We try and use common sense, what's reasonable, what's fair for the protection of both the player and as well as the playing of a major championship.”

Osteoarthritis in Daly’s right knee prevents him from walking more than six holes at a time and he said there is no short-term option for relief.

“It won’t get better until I get it replaced and they said I’m too young [for replacement surgery],” Daly said. “If it was broken it would have been much better, but I have Osteoarthritis. It just hurts, especially when I go downhill. I rode in a cart and it’s swelling up like a watermelon.”

Despite losing about 30 pounds and a procedure six weeks ago to remove part of his meniscus, the pain remains and has been compounded by a recent diagnosis of diabetes and issues with his liver.

“When all the players were talking about it they didn’t know about the diabetes and the liver problems,” he said.