Bruins expect Chara to be ready for Game 1 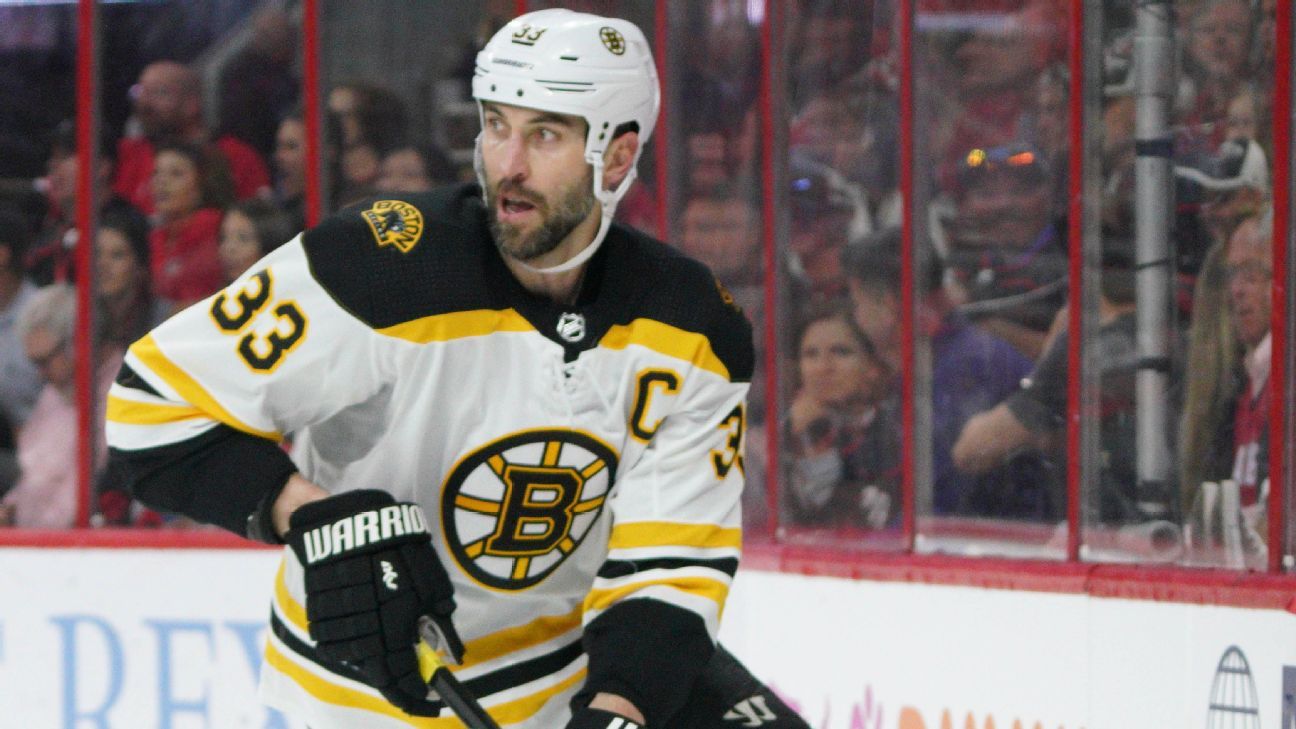 RALEIGH, N.C. -- The Boston Bruins expect captain Zdeno Chara to be ready for Game 1 of the Stanley Cup Final.

Chara missed the deciding Game 4 of the Eastern Conference Final on Thursday with an undisclosed injury. The Bruins eliminated the Carolina Hurricanes with a 4-0 win.

"We don't believe it is serious," coach Bruce Cassidy said of Chara's injury.

Cassidy found out on Thursday morning that Chara would be unavailable.

Chara, a 42-year-old defenseman, ended a run of 98 straight playoff games dating back to 2011. John Moore replaced him in the lineup.

After the final buzzer, Chara was in uniform and came onto the ice to celebrate with his teammates and take part in the post-series handshake line. The Bruins reached their third Stanley Cup final in nine years.

Chara had been set to play in his 176th career playoff game, which would have tied him with current San Jose Sharks player Joe Thornton and Mike Modano for 40th all-time in playoff games.

Chara typically plays on the Bruins' top pairing alongside Charlie McAvoy. In 16 playoff games this spring, Chara has averaged 22:32 of ice time per game, with one goal and two assists.