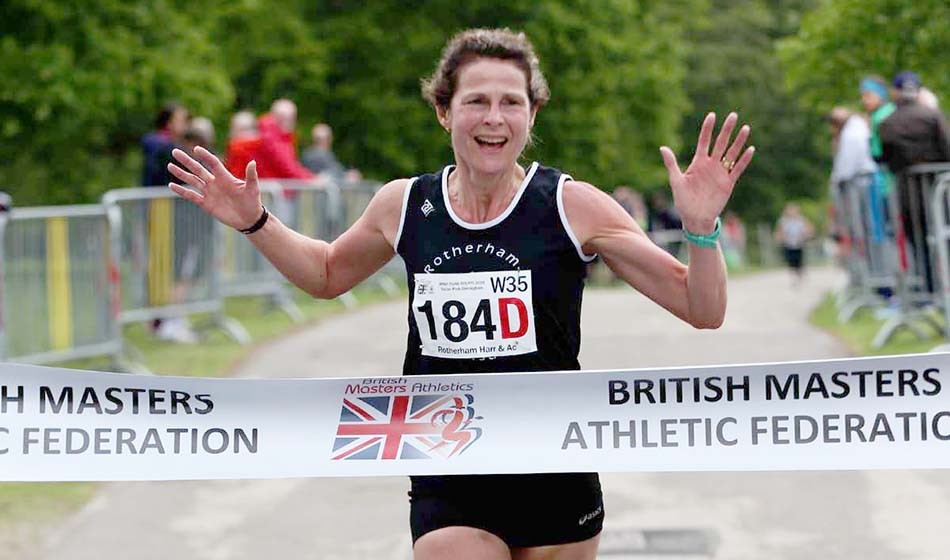 Honours were shared at the British Masters Road Relays at Sutton Park near Birmingham on May 18 with a good mixture of close races and runaway victories.

Long regarded as one of the premier events on the British veteran calendar, it was held in ideal conditions on the tough Park circuit which is slightly over 5km.

The first club to take gold medals were the ever-consistent Bristol & West W45 team. Annabel Granger, hot off a 2:47 PB at the Virgin Money London Marathon, led off with a 19:07 to run the fastest leg and Claire Jolliffe (19:37) and Sarah Everitt (19:33) extended the margin to over four minutes.

Westbury were second all the way while multiple world masters medallist Sue McDonald moved from sixth to third on the final leg.

First gold of the day in the BMAF road relays at Sutton Park goes to W45s Bristol & West in their 3-stage relay as Rotherham lead the W35s with one to leg to go on their race pic.twitter.com/V73X76WalK

Clare Elms and her Dulwich club dominated the W55 race. She took off in third place and her 18:45 gave her club a three-minute-plus victory as she was quicker than all the W45s.

Last year’s fastest Jane Clarke, a former Masters International winner herself, was next quickest with a 20:57, which gave Norwich a huge lead on leg one.

Dulwich’s Ros Tabor had led off the eventual winners on leg one, 11 years after being in their winning team in this age group, while another masters international Ange Norris was the fastest on leg two moving Dulwich into contention. Behind, Norwich and Steel City took the other medals.

The third gold to get resolved was in the W65 event as Worcester won by a minute from Steel City – and the latter’s Dorothy Kesterton was fastest with 23:20.

Not long after the leading two W65s finished their three legs, the top W35s were finishing their four-leg race. As in 2018, Sarah Lowery gave Rotherham a good start with an 18:19 split ahead of a less than fully fit Claire Martin, who ran 18:48 for a depleted Telford.

Westbury went ahead on leg two but an 18:35 from Fiona Davies put Rotherham back in command with a three-minute lead after leg three.

The final outcome was close, though, as Rotherham’s anchor runner Di Elliott (main image above) held on despite Lisa Palmer blitzing an 18:18 split to move Derby from fifth to second as she snatched the fastest lap by a second.

Former international Eleanor Baker moved Tonbridge up to third in her masters debut with a 18:45 clocking.

The first all-male race was the M55 event and it saw a win for Leicester. Irishman Tommy Hughes, who ran a 2:30 marathon not long before his 60th birthday, blasted a 17:40 opening leg. Warrington chased them down on leg two with multiple British masters champion and M55 London Marathon winner Steve Watmough passing Leicester with an 18:02 clocking.

On the final leg, though, Phil Makepeace regained the lead for Leicester with easily the fastest leg of 17:19 as he overtook 2:12 marathoner Andy Green. In the battle for bronze, Phil Parry, with 17:26, brought Bristol up to third.

As expected, Oxford again dominated the M65 race after a good start from Stewart Thorp with the lead extended by Roy Treadwell and John Exley.

The fastest leg was shared by Bristol’s Dave Bedwell and Stan Owen of Salford, who ran 20:00.

The four-stage M45 race, which started five minutes after the M35s were set off, was the next event to be decided and saw another win for Leicester. After good starts from Gordon Lee (17:09) and Gavin McDermott (17:05) put them second, Chris Southam put them ahead with a 17:46 although it was Mark Johnson with the day’s fastest of 16:37 which ensured the gold.

Leicester win the 4-stage M45 race at the British Masters Road Relay at Sutton Park from Thames Hare and Hounds and Aldershot pic.twitter.com/TMk3q35eT1

The longest race and the final event – the M35s – saw the closest finish. Andrew Peat of Birchfield led stage one with a 15:48 clocking but fellow Brummies Birmingham RAT on leg two and then Tipton went ahead on leg three.

Salford’s Karl Darcy brought his club back into contention with the fastest leg of 15:29 and there was nothing in it after leg four.

A 15:59 for former international Phil Nicholls seemed to give Tipton a clear lead on leg five but a 15:51 anchor from Chris Livesey closed the gap significantly and meant Tipton anchor Jonathan Carter was checking behind his shoulder up the tough finishing hill. Birmingham RAT took bronze.