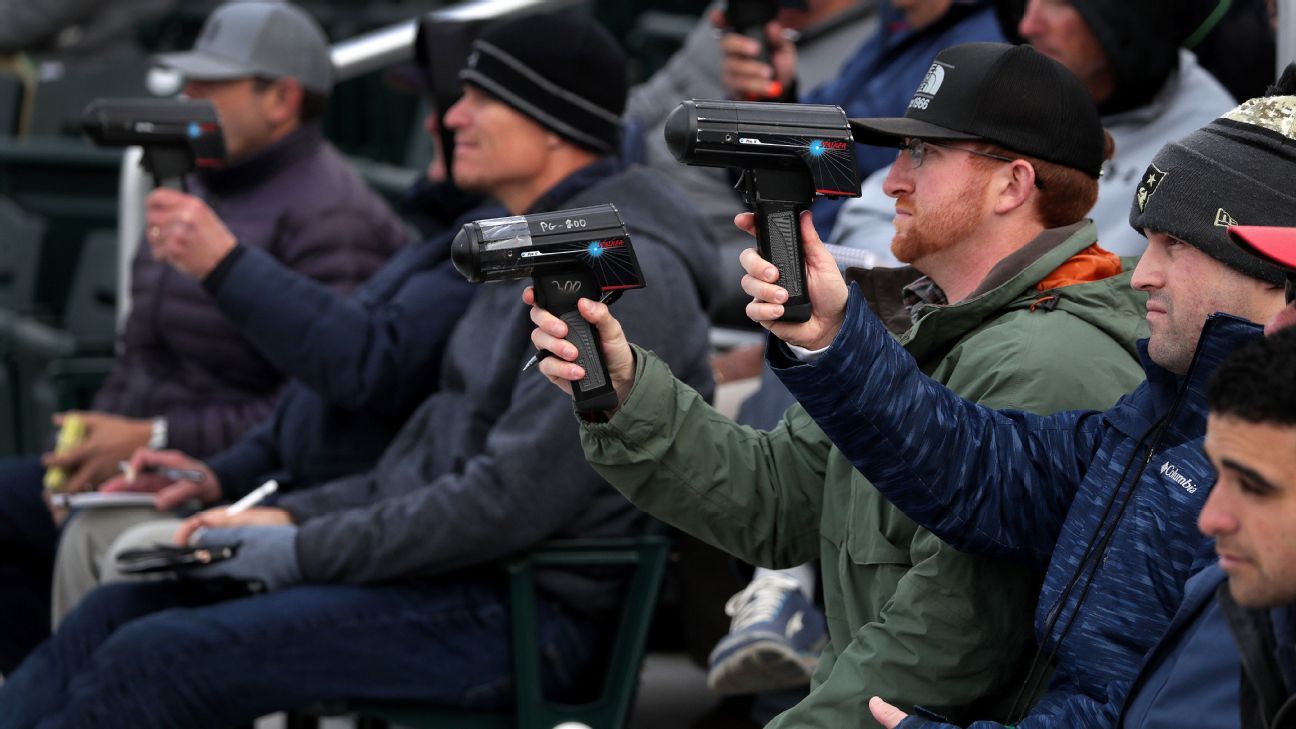 TrackMan Baseball has provided ESPN with tons of data to use on the broadcast of the Major League Baseball draft on Wednesday and Thursday, so you'll see it peppered throughout both visually and verbally. I wanted to take a chance to include lots of those notes you'll see and hear and also throw in a bunch of other stuff, to illustrate the sort of data that until now only teams had in a comprehensive supply.

This dataset includes players from junior colleges (about a dozen schools have it), the Cape Cod League and high school (a number of showcases and all-star games were played in front of units), in addition to four-year college players (more than 70 Division I schools pay to have a unit at their stadium). So when I refer to "third best in the draft class," it includes the vast majority of players on my rankings, but not every single one of them. Data is from 2019 unless specifically stated to be from 2020.

Subscribe to ESPN+ to get access to all premium articles, Fantasy tools, plus thousands of your favorite sporting events and ESPN+ originals for just $4.99/mo.

More in this category: « Real or not? Jose Altuve could be MVP again How will unique circumstances impact teams' strategy? »