Source: Mbappe wants to be PSG's No. 9, not exit 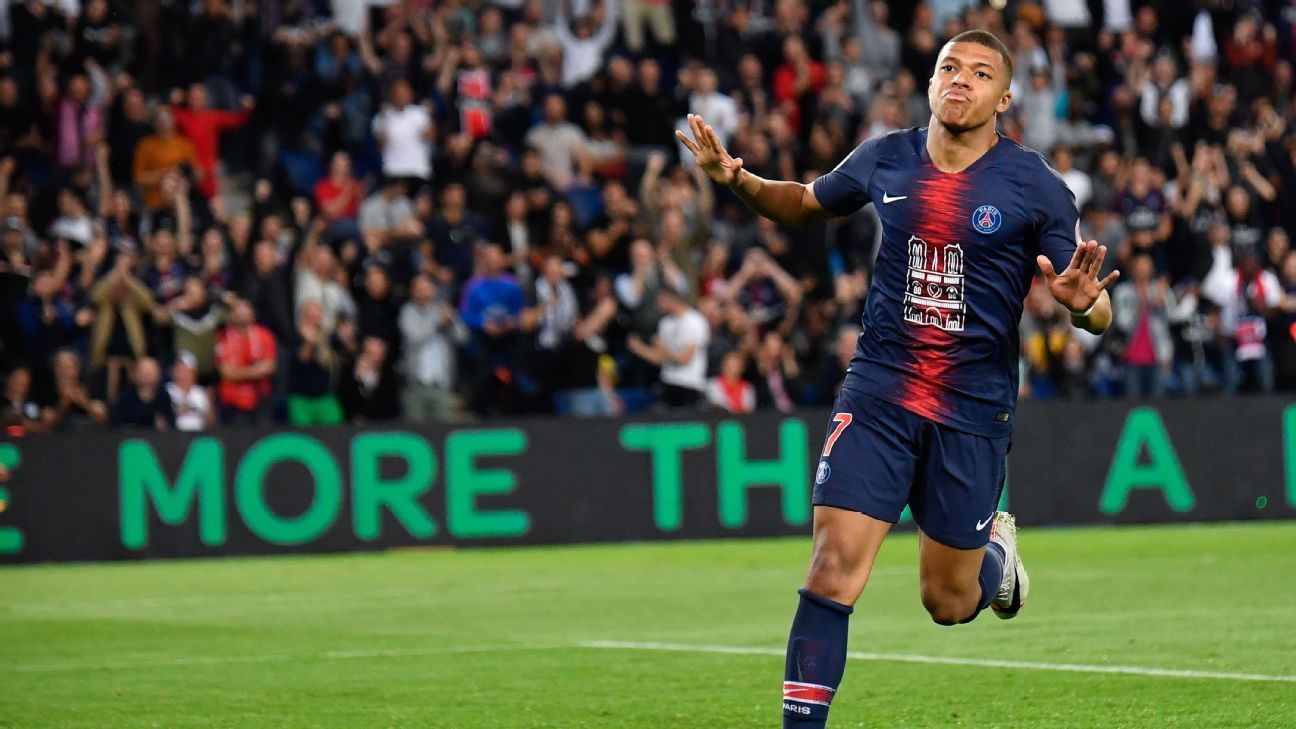 Paris Saint-Germain forward Kylian Mbappe is not for sale and will not be sold this summer, the club confirmed with a statement on Monday, but a source has told ESPN FC it was never his intention to push for an exit.

The France international dropped a major bombshell on Sunday night by calling his future with PSG into question after receiving the trophies for best player and young player of the season at the Ligue 1 awards gala.

Mbappe, 20, stated that he wants greater responsibility and suggested that he could get it at another club away from Paris.

Mbappe's comments triggered an avalanche of rumours and allegations over a possible summer departure from Parc des Princes, with many suggesting Real Madrid as the likely destination.

The Spanish giants are huge admirers of the French prodigy and he has always dreamed of one day playing at the Santiago Bernabeu.

However, even if some at PSG were surprised by the timing and the nature of Mbappe's comments, nothing has changed for the French champions, with a source telling ESPN FC -- and the club later confirming -- that Mbappe is not for sale and that there is zero chance he will be sold this summer.

"The strong links that have united PSG and Kylian Mbappe for the past two years, as well as their shared history, will continue next season," the PSG statement read. "With a shared ambition to leave their mark on European football, the 50th year of PSG is eagerly anticipated for everyone to write a great page of history together for the club.

"Each major actor will play their part with the emphasis always on the collective."‬

According to the source, Mbappe, Mbappe's father -- who handles his interests -- and, especially, Real Madrid knew he would not be sold this offseason.

Reports have suggested that PSG, should they have opted to sell, could command as much as €300 million for the World Cup winner -- a fee that would end the club's Financial Fair Play worries. Despite that possibility, however, the Parisian club has resolved to keep Mbappe at any cost and instead to find an alternative way to comply with UEFA rules.

The source added that Mbappe's intentions on Sunday were never to push for a move, at least not this summer, but instead to put PSG under pressure. The former Monaco man wants to be more involved and given greater consideration by everyone -- inside and outside of the club. Mbappe wants his voice to count at the club and he wants to be consulted regarding player recruitment -- both in regard to PSG's strategy and their planning.

With one game still to play, Mbappe has scored 32 goals and assisted six more from 28 appearances in Ligue 1 this season, and the source added he has a desire to do even more next season.

For that, Mbappe needs to be the team's No. 9, which would put Edinson Cavani's future at the club in doubt.

Requesting greater responsibility also means being more important and having the team play for him -- including his friend Neymar, who also said recently that more people should listen to him at the club.

The source said Mbappe feels that he can carry PSG to the next level, despite his failure to do so in the Champions League round-of-16 second leg against Manchester United. In that game, with Neymar and Cavani out, Mbappe responded with a poor performance against an average United team, showing then that perhaps he was not ready to take over as the team's protagonist.