Sources: Pogba to be offered captaincy to stay at United 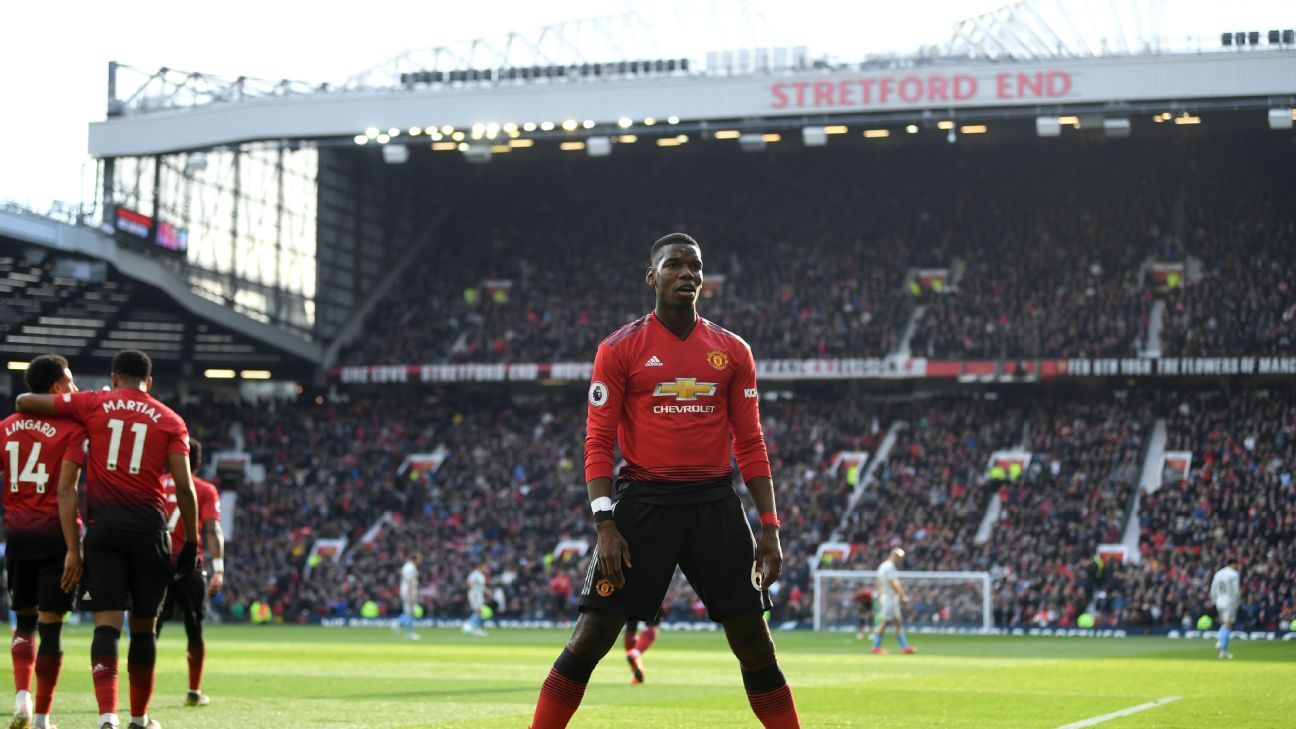 Manchester United manager Ole Gunnar Solskjaer is ready to offer Paul Pogba a captaincy role at Old Trafford in an effort to convince the midfielder to stay at the club, sources have told ESPN FC.

Solskjaer is looking for a new captain with Antonio Valencia set to leave on a free transfer at the end of the month.

Ashley Young, who signed a new one-year deal in February, is in line to take over from Valencia as club captain but with Solskjaer looking to sign a new right-back this summer, the 33-year-old is likely to have to settle for a reduced role next season meaning on-pitch captain duties are up for grabs.

Sources have told ESPN FC that Pogba, who was stripped of captaincy duties by Jose Mourinho, is one of the names in the frame and Solskjaer is hopeful that handing the 26-year-old more responsibility will help end speculation over his future.

The Frenchman is open to a move away from United this summer after Solskjaer's side finished sixth in the Premier League table, missing out on a place in next season's Champions League and condemning themselves to a campaign in the Europa League.

Real Madrid are leading the race should Pogba leave, although sources have told ESPN FC that United are adamant the World Cup winner, who has a contract until 2022, will not be sold.

Solskjaer is already looking to sign at least one midfielder this summer after Ander Herrera turned down the offer of a new contract to join Paris Saint-Germain.

The Norwegian is keen to keep the extent of his rebuild to a minimum and does not want to lose one of his best players.

More in this category: « Ramsey has played last Arsenal match - Emery Juventus and Max Allegri split because neither could give the other what they wanted »
back to top