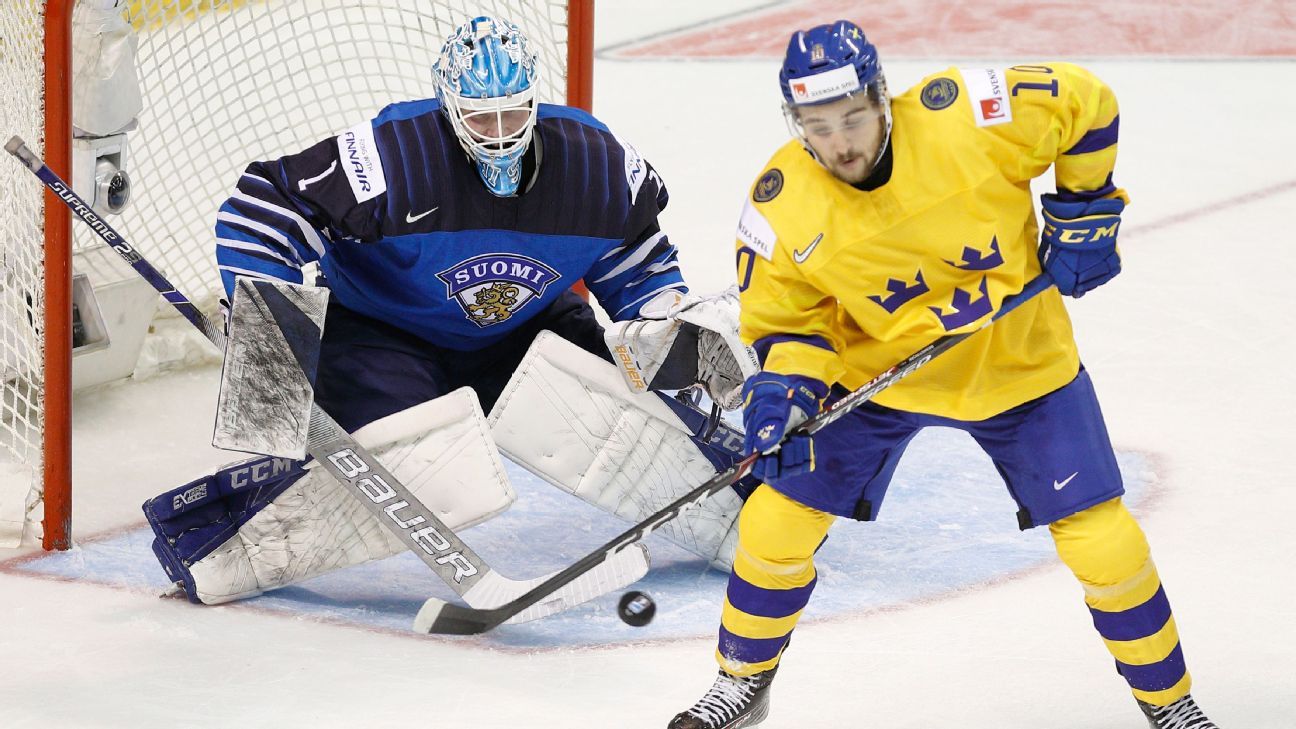 When teams draft prospects, there's always a hope to see year-to-year improvement. There's always a few guys who take big leaps, whether it shows up in the players' production or manifests itself in new skills acquired.

Here's one player from every NHL team that I thought had a big breakthrough this season. For some, it puts them on the cusp of the NHL roster. For others, it's merely an improvement in chances of making it. But any progress is a positive.

Comtois had a very strong 2017-18 season, but what he did over the course of the 2018-19 campaign was truly remarkable. The big 20-year-old winger started the season with Anaheim and had seven points in 10 games. Then he captained Canada at the World Junior Championship before returning to the QMJHL, where he ripped the league to shreds when healthy. He had 31 goals and 48 points in just 25 regular-season games, then 11 goals in 16 playoff games. This season opened my eyes more to the full arsenal of Comtois' skills, including his rather nasty physical game. He has a nose for the net and can create offense with power and skill. He could be on the NHL roster next season.

How's this for a breakout season? Schnarr went from 39 points in 57 games in 2017-18 to 102 points in 2018-19. The big 20-year-old center was an offensive driver for Guelph, showing a good combination of energy and power to go with solid finishing skills.

With tremendous speed, Studnicka routinely burned defenders and made plays on the way to 83 points in the OHL this season. Traded from Oshawa to Niagara, Studnicka went from the guy to just one of several stars and really showed his versatility. His game is all about pace and making plays, but the 20-year-old can play many roles. Having showcased his versatility, he's made a strong case to make the next step in the not-too-distant future.