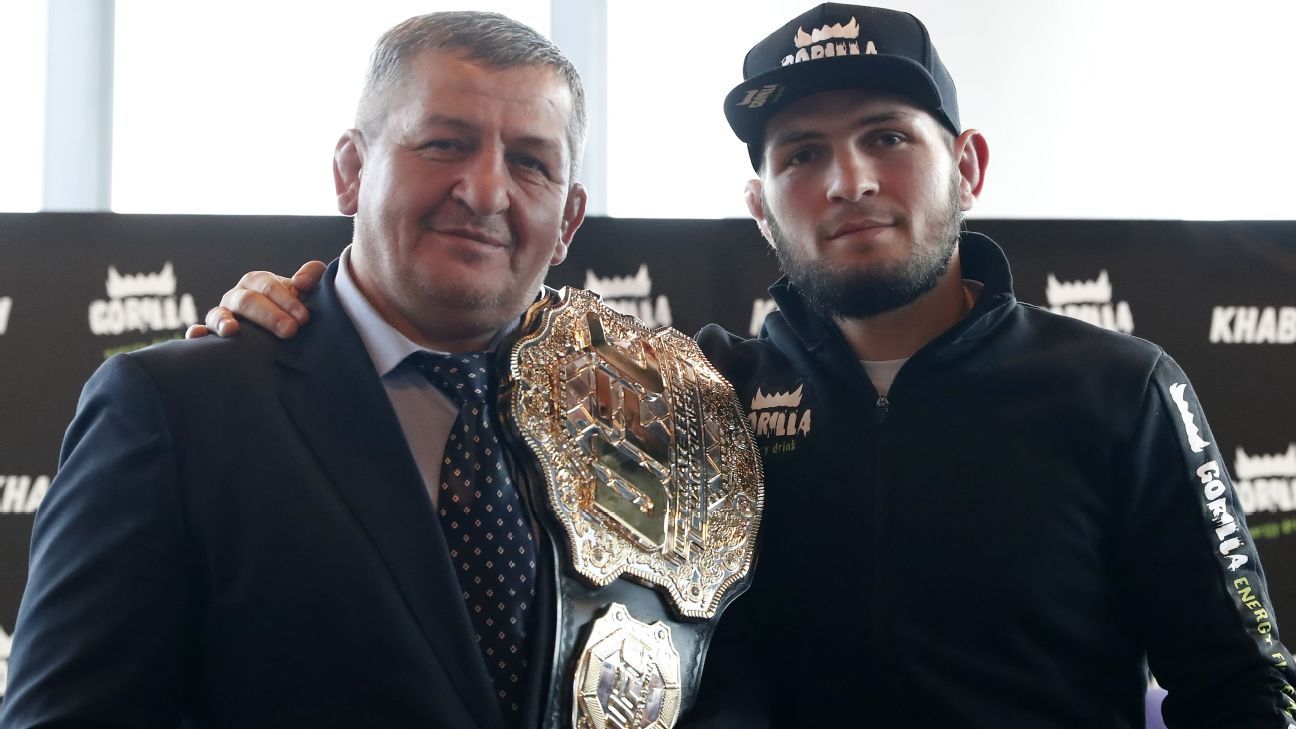 The elder Nurmagomedov had been hospitalized in Moscow since May, when he was diagnosed with the coronavirus. He also underwent heart surgery for a preexisting condition further complicated by COVID-19.

ESPN reported in May that he had been placed into a medically induced coma.

"We've lost our backbone," Abdelaziz told ESPN on Friday. "He was a father, coach, brother, an icon. Things will never be the same without him."

Khabib Nurmagomedov has not commented publicly on his father's death. In September, he said his father was "58 years old, almost 59."

He confirmed his father's hospitalization on social media in May, and he encouraged the people of his native Dagestan to stay inside and avoid the coronavirus.

The dominant mixed martial artist has long credited his father with his success in the sport.

In addition to his contributions to his son's success, Abdulmanap Nurmagomedov was influential in the careers of a multitude of athletes from the region, including UFC lightweight Islam Makhachev.

The UFC was expecting to book a lightweight unification bout between Khabib Nurmagomedov and interim champion Justin Gaethje in the second half of 2020, although no date had been set.

Gaethje offered his condolences to Nurmagomedov on Friday via social media.

"So heartbreaking to hear this news of the Legend Abdulmanap Nurmagomedov. I'm very sorry [Khabib]," Gaethje posted. "[Your] dad passed with a heart full of pride knowing you will carry on his legacy."