Looking ahead for the Sharks: Erik Karlsson a massive summer domino 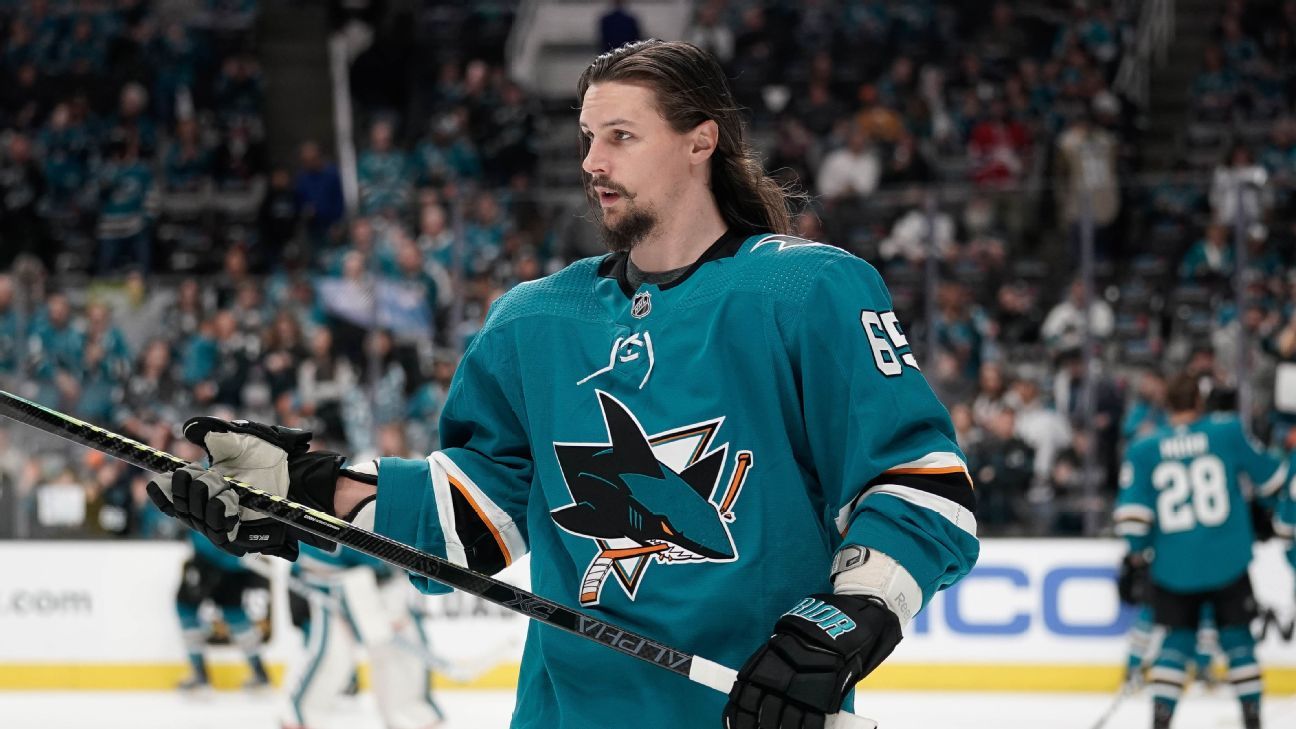 As each NHL team is eliminated from playoff contention, we'll take a look at why its quest for the Stanley Cup fell short in 2018-19, along with three keys to its offseason, impact prospects for 2019-20 and a way-too-early prediction for what next season will hold.

Their luck ran out.

Oh, the San Jose Sharks had a good amount of it throughout this playoff run. Witness that infamous Game 7 comeback against the Vegas Golden Knights after Joe Pavelski's horrific injury, scoring four times on a botched five-minute major penalty for which the NHL would apologize. Witness the successful coach's challenge on a rarely called offside in Game 7 against the Colorado Avalanche, as a goal came off the board due to Gabriel Landeskog standing near the bench on a change. Witness Game 3 against the St. Louis Blues, when Erik Karlsson scored in overtime after a hand pass went undetected by the on-ice officials -- who, like the officials from the Vegas debacle, would not appear again in the postseason.

But the karma turned after that. The Blues outscored the Sharks 12-2 in winning three straight games to eliminate them. Injuries became the story: The ongoing groin issues for Karlsson took him out of most of the third period of Game 4; most of the second and all of the third period in Game 5, where he factored into two Blues' goals before departing; and all of Game 6. Also absent from Game 6 were Tomas Hertl and Pavelski, both injured in Game 5.

The Sharks are a deep team. But not that deep.

Saying that San Jose had a run of good fortune in the postseason isn't meant to diminish their accomplishments. They rallied from a 3-1 series deficit against Vegas, winning a Game 6 in double-overtime on the road, and won Game 7 in overtime. Their series win over Colorado came with Pavelski out of the lineup for six games. The battled the Blues until their tank hit "empty."

GM Doug Wilson meticulously constructed a roster of franchise stalwarts (Joe Thornton, Pavelski, Logan Couture, Hertl, Brent Burns, Marc-Edouard Vlasic), imported stars (Evander Kane, Karlsson and Gustav Nyquist) and a solid young supporting cast. It was a team that amassed 101 points in the regular season and scored the second most goals (289) in the NHL. It was a team that saw goalie Martin Jones have a mediocre regular season, start the playoffs losing three of four games, and then rebound with a series of solid efforts.

They were a team built to win the Stanley Cup this season. They won't. And now they're looking at an uncertain tomorrow.