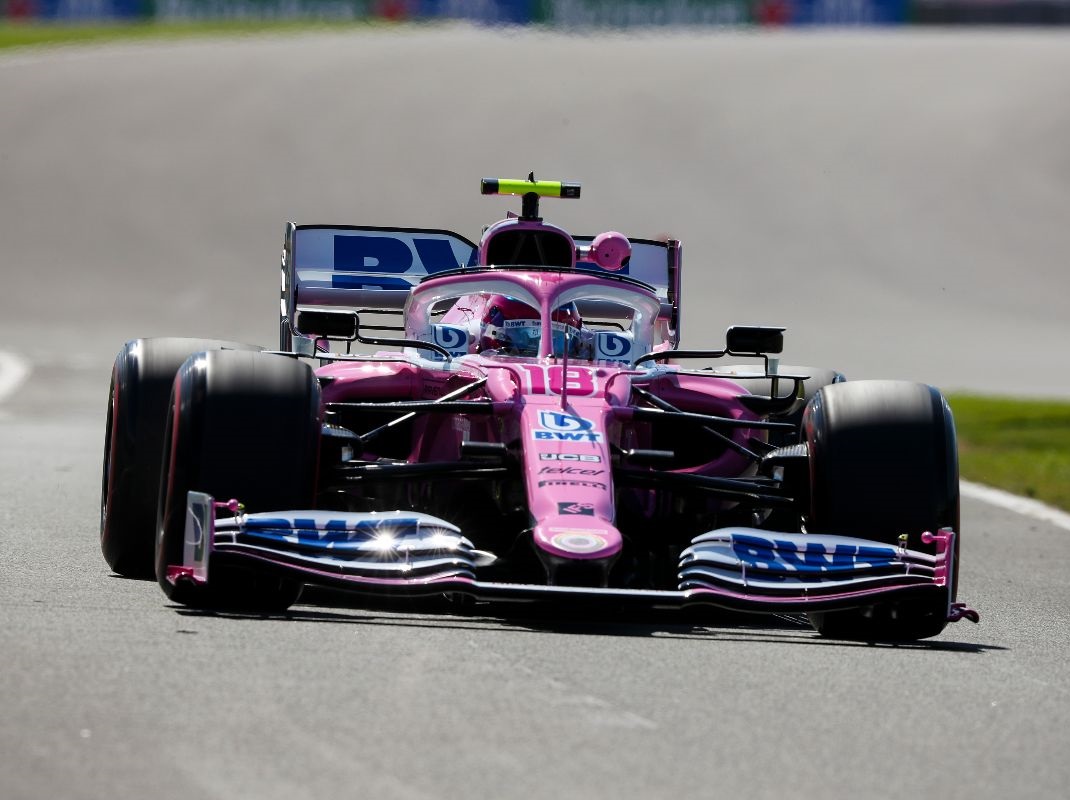 SILVERSTONE, U.K. – Lance Stroll took the BWT Racing Point F1 Team to the top of the speed charts during the second free practice session for the British Grand Prix on Friday.

Stroll’s time of 1:27.274 was the fastest lap recorded among all teams for the day. The Canadian was pleased afterward at his first time leading practice during his young Formula One career.

“It’s been a positive day and it feels great to be on top in FP2. The car was strong on both the short and long runs today, so it’s a promising start to the weekend for us,” said Stroll. “We knew coming into the weekend that Silverstone could suit the car and it looks like we’ve got a good shot at some big points this weekend, although qualifying and the race are where it really matters.

“My heart goes out to Checo (Sergio Perez) and we’ll definitely miss having him around, but it’s great to welcome Nico back to the team,” he added. “I’m sure he’s enjoying driving this car – and he’s looking competitive, which is great.”

The second practice round was disrupted by a hard crash for Red Bull driver Alex Albon.

Albon was rounding the fast Stowe corner when he lost the back end of his car, correcting the slide before the RB16 snapped the other way and careened into the barriers, bringing out a red flag.

Though Albon climbing out of the car, he was taken to the medical center because his g-force sensor was triggered. The team later confirmed he has been cleared by the medics to continue competing.

Despite his shunt, Albon was second quickest in FP2, followed by Mercedes’ Valtteri Bottas, Ferrari’s Charles Leclerc and the second Mercedes of Lewis Hamilton.

In the first practice round earlier in the day, the Red Bull of Max Verstappen was quickest at 1:27.422 over Hamilton and Stroll. Albon and Leclerc were fourth and fifth, respectively.

A disappointing day for four-time F-1 champion Sebastian Vettel saw his Ferrari only land 18th in FP2 after not even being able to take part in the opening session due to intercooler problems for the SF1000.