Bucks' Middleton: 'Hopefully we learn from this' 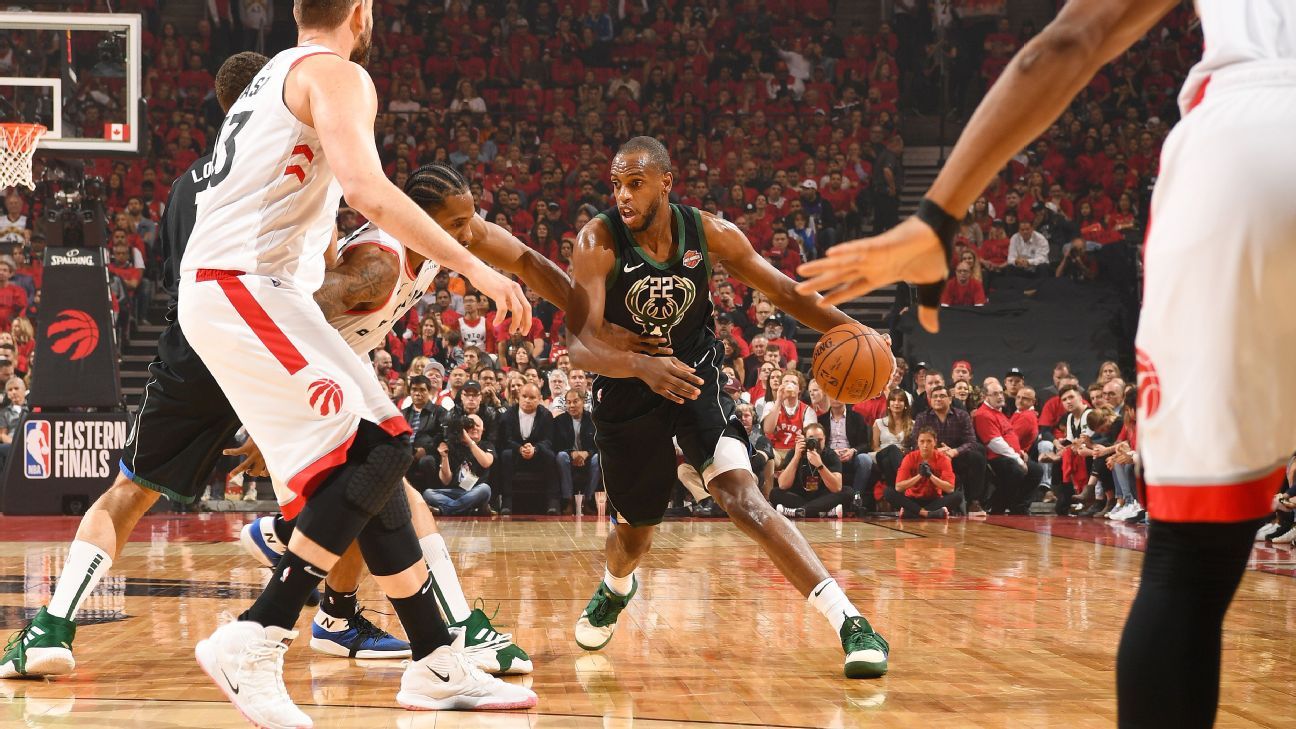 TORONTO -- Giannis Antetokounmpo vowed that with his teammates' backs against the wall, the Milwaukee Bucks wouldn't fold.

The Bucks had suffered a disappointing Game 5 loss to the Toronto Raptors and, for the first time in the 2019 postseason, were facing elimination Saturday. Antetokounmpo said then that he couldn't ensure the Bucks would win, but he was certain they would fight.

Through three quarters of Game 6, the Bucks didn't fold. It was a game of pendulum swings. The Bucks fought hard, earning double-digit leads, only to see them wane. Then they built them back up again. Toronto ended the third quarter on a 10-0 run that cut the Bucks' once 15-point lead to five. That proved to be the turning point in Toronto's 100-94 series-clinching win.

"They just made tough shots," Malcolm Brogdon said. "We made our mistakes, and they capitalized."

It wasn't supposed to end this way. After nearly every one of the Bucks' regular-season wins, Antetokounmpo or Brogdon or Khris Middleton would say that the win was nice, but they were playing for something bigger.

That "something bigger" was never identified by name, but the underlying, unnamed truth was that the Bucks had their eyes on a Finals appearance.

"I think we had a great year," Middleton said after the game. "Sixty wins, one of the best teams in NBA history. Got past the first round, which we struggled with for a long time. Just fell short of our goals."

Like in Game 5, the Bucks got off to a hot start in Game 6, building a 31-18 lead by the end of the first quarter. But slowly, the Raptors crept back. Each time Toronto scored, the home crowd erupted. Each bucket, after all, got them one step closer to the team's first Finals appearance in franchise history.

With two minutes left in the game, fans inside Scotiabank Arena began to bounce. Each time the Raptors scored, pushing their lead from one to four and eventually to six, the scoreboard flashed video of the scene in Jurassic Park outside the arena, where thousands of fans stood cheering.

The Bucks locker room after the game was somber. Players dressed quickly and quietly.

"Experience. You have to go through some things to get to where you want to go," Middleton said. "So hopefully we learn from this and move on."

Afterward, Milwaukee's players and coaches climbed the steps to their team buses and drove slowly through the sea of partygoers and Raptors faithful who had waited decades for their team to earn an NBA Finals berth.

A Finals appearance for the Bucks will have to wait at least until next year.