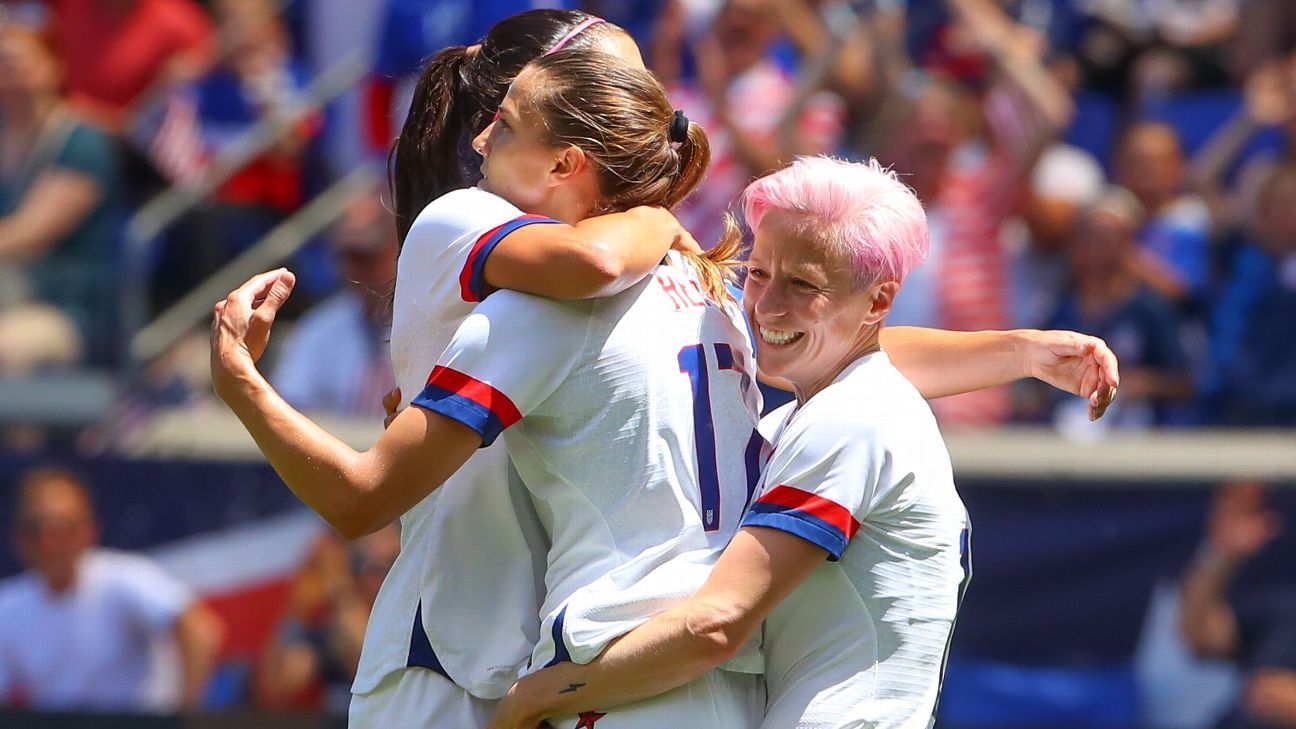 The U.S. wrapped up their preparations for the Women's World Cup on Sunday with a 3-0 win over Mexico on a sweltering day in New Jersey.

The U.S., who will go to France undefeated since January, struggled for much of the game against a resolute Mexican side but scored two late goals to put a more convincing sheen on the scoreline.

Tobin Heath got her 30th international goal in her 150th game when she put the home side ahead after 11 minutes following sloppy play from the Mexican defence.

Carli Lloyd had a goal chalked off for offside midway through the second half but made amends with a quarter of an hour to go when she set up substitute Mallory Pugh to double the U.S. lead with a scrappy tap-in.

Another substitute, Christen Press, rifled home to make it 3-0 with two minutes of the game remaining.

Cecilia Santiago was excellent in goal for the young Mexican side but neither team had their most inspiring afternoon in front of 26,332 fans at the Red Bull Arena.

The result means the U.S. are now undefeated in their last nine games with four consecutive clean sheets.

The current world champions open the defence of their title against Thailand on June 11 and then face Chile and Sweden in their remaining group fixtures.

The tournament kicks off in Paris on June 7 when hosts France face South Korea.