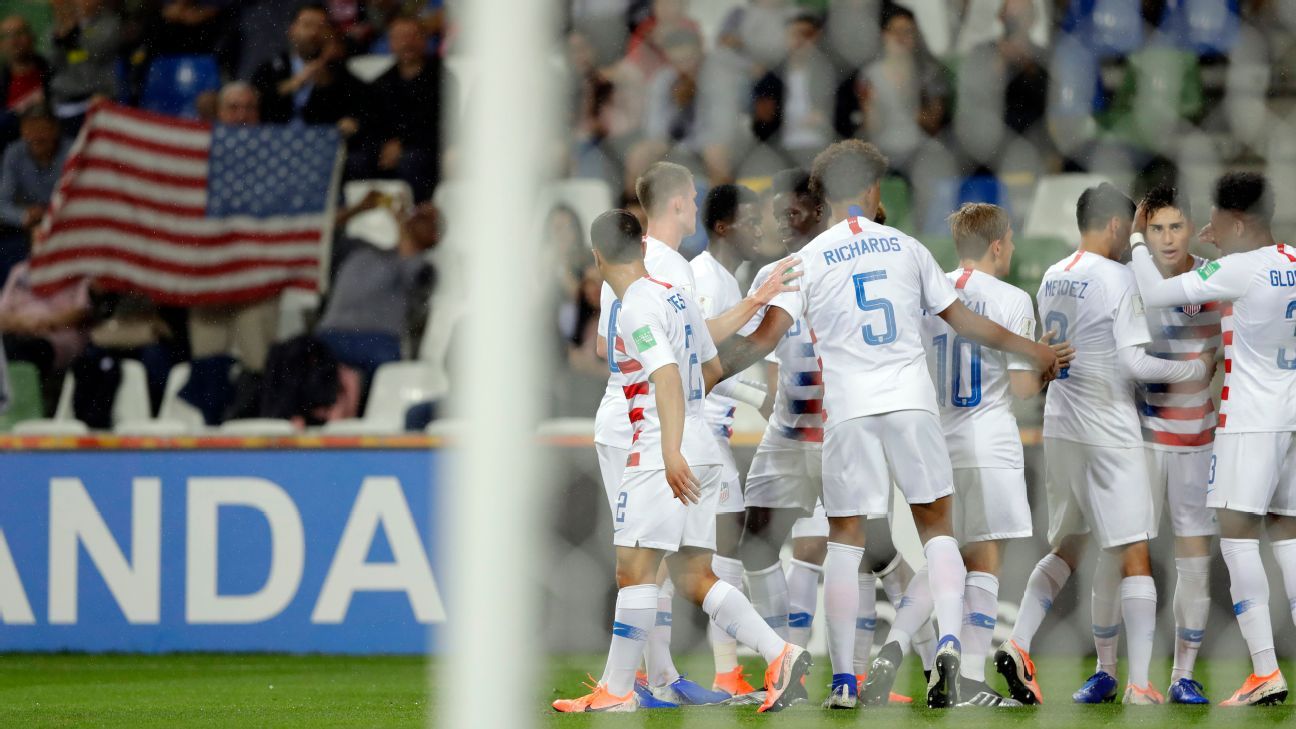 Sebastian Soto scored twice as the United States picked up a crucial 2-0 win against Nigeria in its second match at the 2019 Under-20 World Cup on Monday.

The Americans came into the match needing a result after a disappointing 2-1 loss to Ukraine in its opening match of group play and Tab Ramos' team started the game brightly, controlling most of the possession and staying on the front foot from the opening whistle.

That strong start yielded a goal in the 18th minute when Soto lost his defender and smashed a header past Nigeria keeper Olawale Oremade from a corner kick to make it 1-0.

Soto looked to have doubled the U.S. lead minutes later with a close-range shot following a scramble in front of goal, but the flag was up for offside in the buildup and the goal was waved off.

Nigeria began to find its footing as the first half wore on, with substitute Aniekeme Okon's sweet volley forcing a save from U.S. keeper Brady Scott and Maxwell Effiom rattling the crossbar from long range.

The U.S. got the start it wanted to the second half, scoring just after the restart when Soto collected a pass from Hannover teammate Chris Gloster and finished with a neat outside-of-the-foot chip over Oremade.

Nigeria responded well to the U.S. goal again, but were unable to score and saw a penalty waved off after video review because for offside on the pass into the area.

The U.S. got a minor scare as full-time approached when Soto had to be helped from the field after a violent collision with Oremade as he chased a whipped in cross in search of his hat trick. Soto returned to the field and was able to finish off the match.

The win puts the U.S. level on three points with Nigeria, who play leaders Ukraine in its final group match on May 30, while the Americans face Qatar on the same day.