Sarri storms out of training before UEL final 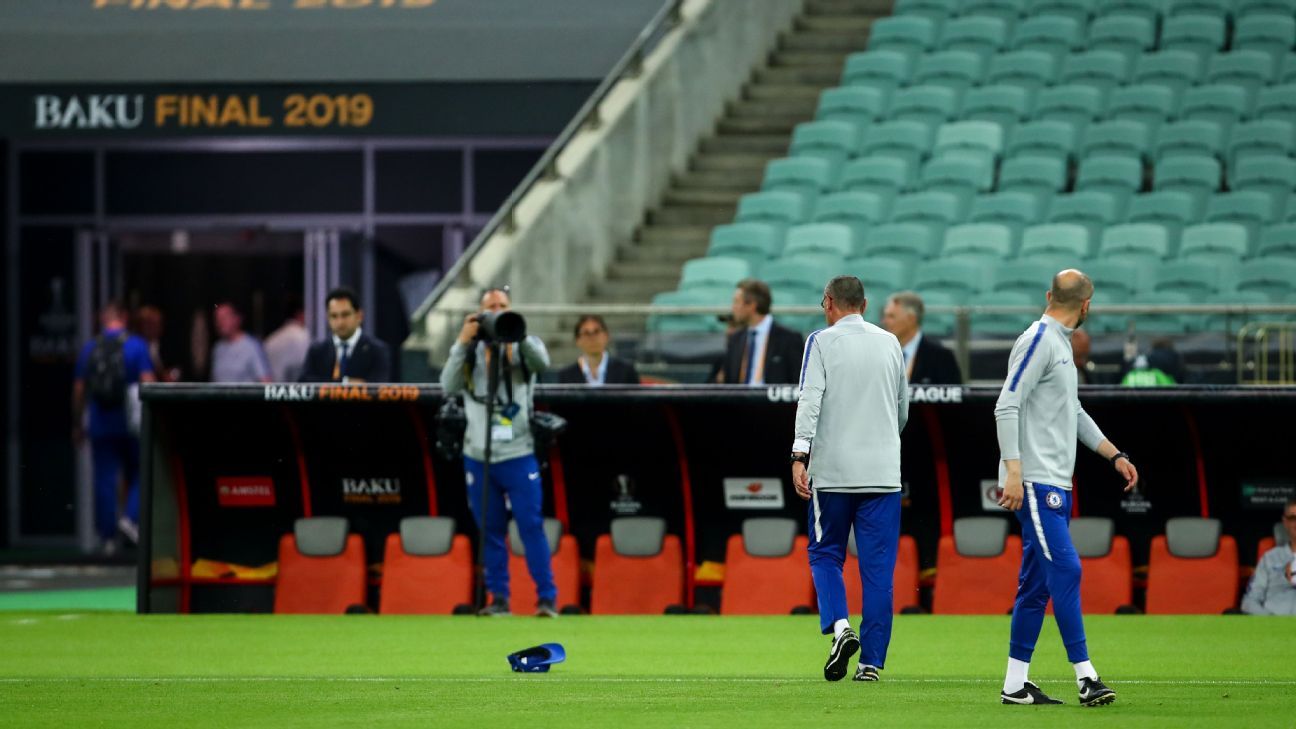 BAKU -- Maurizio Sarri overshadowed Chelsea's preparations for the Europa League final by storming out of an open training session on the eve of the match against Arsenal.

- The Road to Baku: How fans can reach UEL final

Chelsea's head coach furiously threw his hat to the ground and kicked it away twice on his way down the tunnel before the scheduled hour-long session had ended at Baku Olympic Stadium, in full view of the assembled media.

Gonzalo Higuain had earlier angered David Luiz with a late challenge during a small-sided training game, though Chelsea officials subsequently insisted that this was not the reason for Sarri's sudden outburst.

A Chelsea spokesman said: "Maurizio's frustration displayed at the end of training was not related to any of his players, but was due to not being able to practise set-plays in the final 15 minutes of the hour-long training session as it remained open to media."

Sarri's fury came less than two hours after a news conference in which he appeared in good spirits, revealing that he will have to consider his love for Chelsea's players and his affection for English football when weighing up his future at Stamford Bridge after the Europa League final.

Sources have told ESPN FC that Chelsea are not inclined to sack Sarri even if he loses to Arsenal on Wednesday, but are prepared to negotiate with Juventus -- or any other interested club -- if the Italian makes it clear he wants to leave.

Kante did light exercises on his own under the watchful eye of a Chelsea fitness coach and was seen in discussion with the club's medical director Paco Biosca, before leaving the session before the small-sided training game began.

Sarri rated Kante as "50/50" to start against Arsenal as the France international attempts to recover from a twisted knee sustained at Cobham on Saturday.

More in this category: « Ramsey has played last Arsenal match - Emery UEFA Europa League ultimate preview: What you need to know before Arsenal vs. Chelsea »
back to top