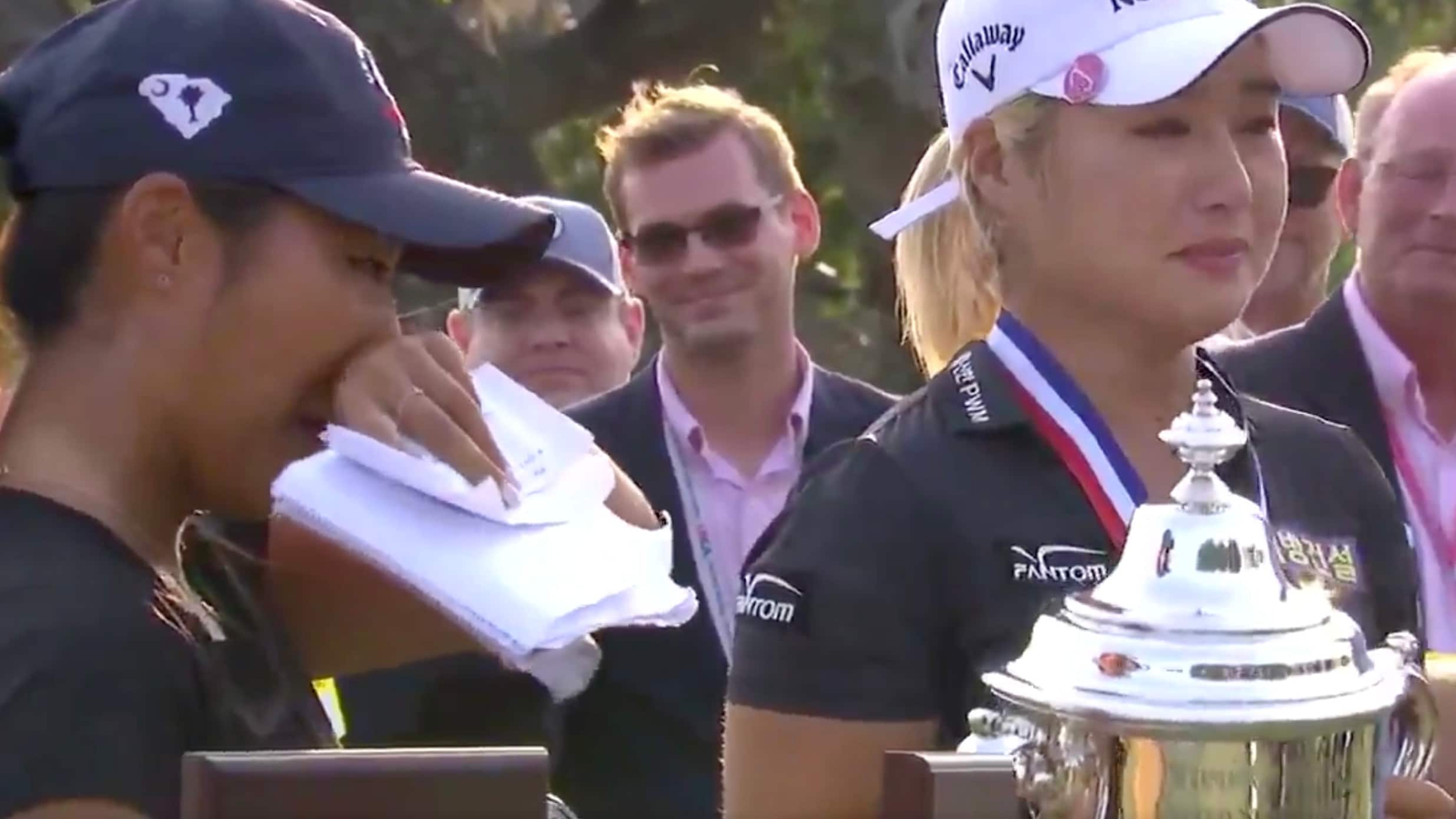 While Hank Haney was tweeting nonsense, an emotional scene actually worthy of attention unfolded late Sunday at the Country Club of Charleston, where Jeongeun Lee6 had just captured the U.S. Women's Open.

Lee's manager, Jennifer Kim, was serving as a translator during a post-tournament interview, and when Lee started crying in response to a question, Kim broke down herself.

"Sorry," Kim said, briefly unable to find Lee's words or her own. "I'm just really proud of her.

"She couldn't imagine coming this far," Kim began again, "you know, winning the first LPGA tournament, also [a] major championship, and she feels proud of herself, and she worked so hard."

Judging by some of the social media reaction, Lee and Kim weren't the only ones to choke up.