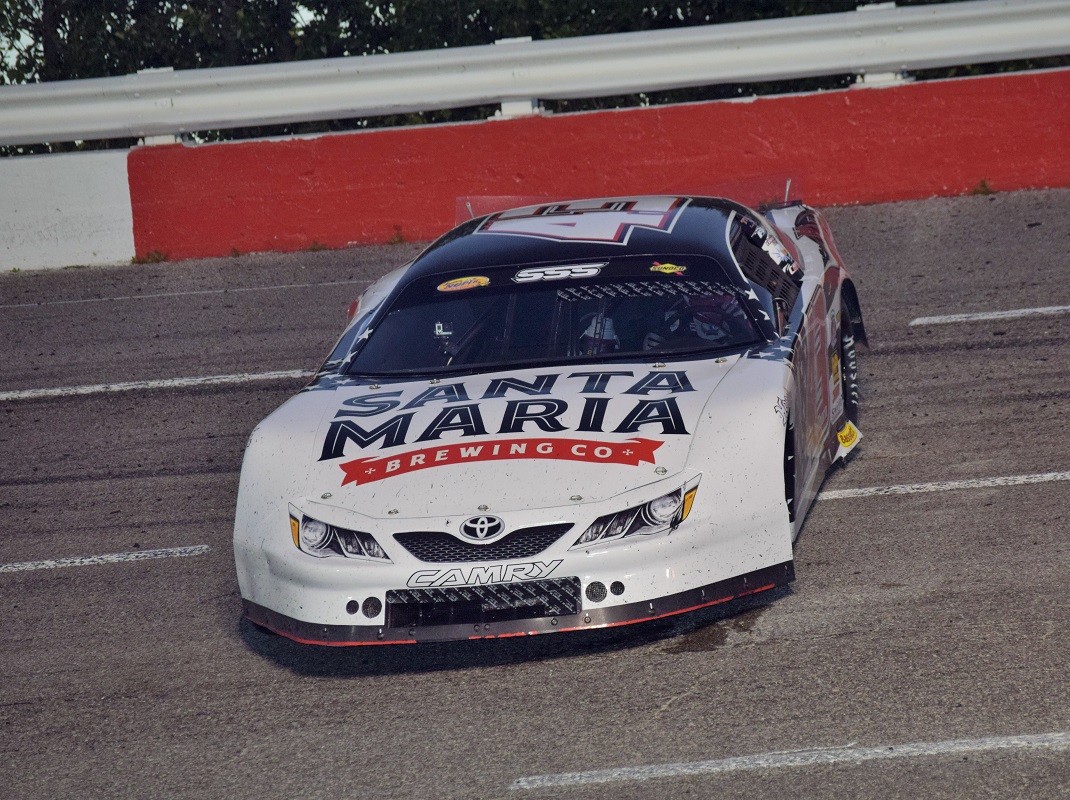 NASHVILLE, Tenn. — With 96 laps to go in Sunday’s All American 400 super late model feature at Fairgrounds Speedway Nashville, a collective gasp came from around the facility, followed quickly by shock and silence.

Illustrating just how quickly things can change in motorsports, Derek Thorn — the race’s dominant driver, who led 202 of the first 204 laps — suddenly found his car smashed against the turn-one wall.

Contact with Carson Hocevar, as the pair battled for the lead following a restart, led to the shunt. Hocevar was penalized for aggressive driving and put to the tail of the field, but retired from the race a few laps later after his crew determined there was too much front-end damage to repair.

In a flash, it was a whole new ballgame, with Casey Roderick eventually emerging as the winner.

However, for Thorn, the disappointment of having “a race-winning car” and leaving the .596-mile Tennessee oval empty handed was weighty.

It was understandable, then, that he needed a few minutes to gather his thoughts before speaking to reporters following the crash.

“I’ll have to go back and look at the video. It felt like he just hooked us into the fence, but without looking at the video, it’s hard to say,” Thorn said. “The thing was unbelievably fast. It was the best car I’ve ever had, especially here. It was our race to lose. I don’t know what the 14 (Hocevar) did or how all that unfolded.

“To have it end like this is just unfortunate, because we had a rocket.”

Instead of his first crown jewel win, Thorn was left with a DNF and a 22nd-place finish.

He was the first driver since Erik Jones in 2015 to have won the first two legs of the unofficial super late model “Grand Slam” and appeared poised to add the third jewel to his résumé.

That, too, vanished in a flash.

“He just came up in front of me in turn four,” Hocevar said of Thorn. “I was expecting a lane and it never came. I said on TV that I wasn’t lifting … and that sounds bad, like I intentionally did it, but that’s not the case. It’s late in the race, and if I lift, I lose three or four spots there.

“That happened off turn two earlier in the race and I told myself I wouldn’t lift if it happened again. I think he would tell you that he threw this race away as much as I did. It’s racing, just part of it.”

As Thorn was asked to reflect on the ache of losing out on what could have been one of the biggest wins of his career, the California ace and four-time SRL Southwest Tour champion sighed and shook his head.

“You can’t put it into words,” he said of the disappointment. “You just can’t.”