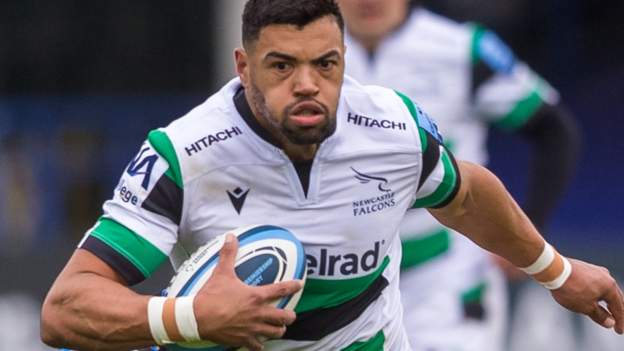 Newcastle marked their Premiership return with an impressive win at Bath.

Josh Matavesi levelled for Bath after a free-flowing move but Ben Stevenson slid over in the corner to put the visitors seven points clear.

Bath had Charlie Ewels sin-binned for a high tackle and could not build enough pressure to avoid a poor defeat.

Dean Richards' Newcastle had not played a competitive fixture since March - when the Championship campaign was ended early because of coronavirus - but were still battle-hardened enough to get the better of a Bath side that finished fourth in 2019-20 after fine form following the season restart.

Cokanasiga was on the wing after being released from England duty and finished for the opener after a patient build-up, and Bath had another try ruled out for a knock-on as they started brightly at The Rec.

Quick thinking got the Falcons off the mark as Adam Radwan took a quick lineout for Graham to score in the corner, and the number eight doubled his tally after a tap and go from five metres out.

Newcastle fly-half Brett Connon had a testing first half on his Premiership debut, missing his opening three kicks at goal, but switched play for Stevenson to go over before converting from the touchline.

Ewels saw yellow for head-on-head contact in a tackle on Radwan before Tom Penny made a great last-man tackle on Cokanasiga to ensure Bath went away with just a losing bonus point.