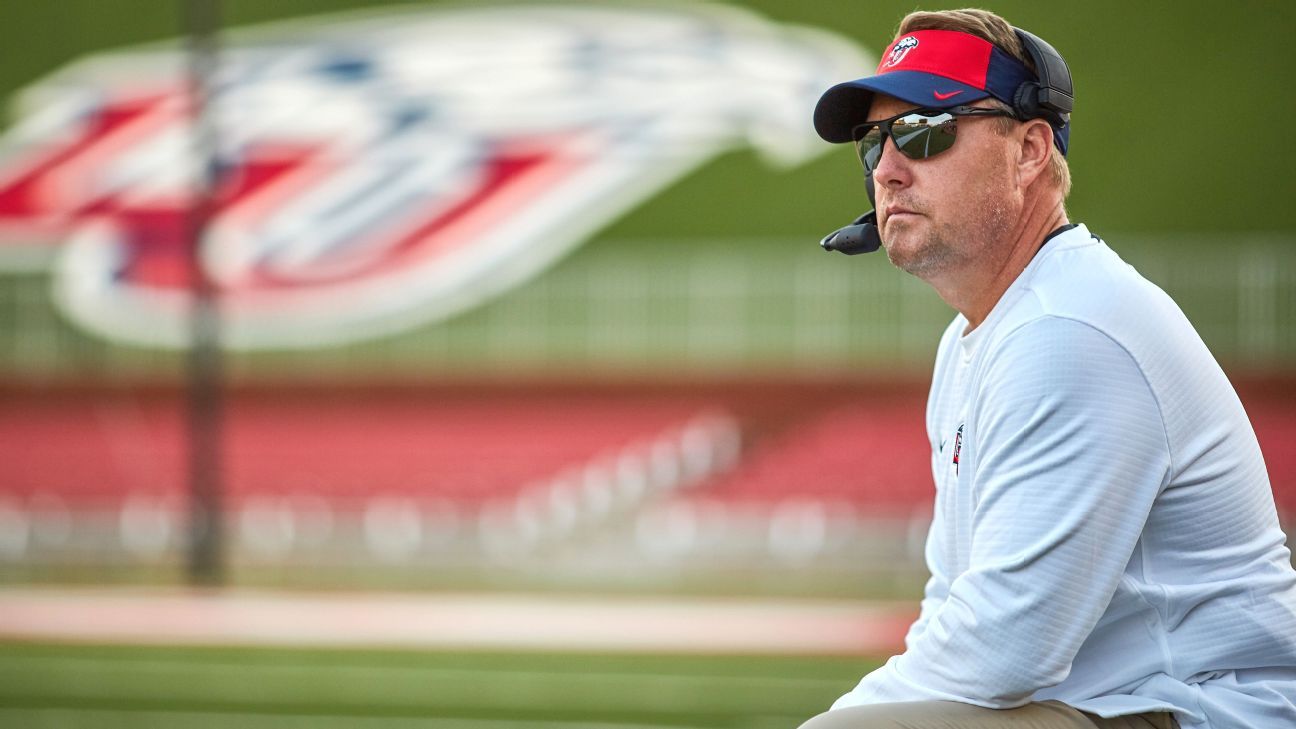 Liberty coach Hugh Freeze, who recently agreed to a new deal with the Flames through 2026, said he's "at total peace" with his current situation and is not currently interested in job openings such as South Carolina.

"I won't even entertain things of that nature at this point," Freeze told ESPN College GameDay's Gene Wojciechowski in an interview that aired Saturday. "I'm at total peace with staying here, as long as they'll have me."

South Carolina became the first Power 5 school to make a coaching change this season, dismissing Will Muschamp last Sunday. Freeze, meanwhile, has guided Liberty to an 8-0 record and a No. 21 national ranking in the program's second full season at the FBS level after being a provisional program in 2018.

The Flames own two wins over ACC opponents after defeating both Virginia Tech and Syracuse on the road. They face a third ACC foe on Saturday against NC State.

"There's always that itch. Like man, I want to prove it, I want to go do it and I want to do it in that biggest arena that I can," Freeze told Wojciechowski when asked if he has the desire to return to a Power 5 program. "So, yeah, I'm made that way."

While Liberty did not announce financial details of Freeze's new extension, sources told ESPN that it would place him among the top five highest-paid non-Power 5 coaches in college football -- which would mean his average salary would be $3 million-plus per year.

Freeze, 51, was out of coaching for two years after resigning at Ole Miss before the 2017 season when school officials found what they called a pattern of improper calls to an escort service on Freeze's university-issued cellphone. Freeze won nine games in 2014 and 10 games in 2015 at Ole Miss and beat Alabama both seasons. The Rebels won the Sugar Bowl to cap the 2015 season, but Ole Miss was hit with severe NCAA sanctions, including a two-year bowl ban, that occurred on Freeze's watch. Freeze was cited by the NCAA for failure to monitor his staff.

"That was rock bottom," Freeze told Wojciechowski. "That was as low as it gets professionally. To lose what your name stands for and to know you caused it is not easy."

More in this category: « Source: Jets ship Lee to Chiefs after GM shake-up NFL to require players wear a mask on sideline »