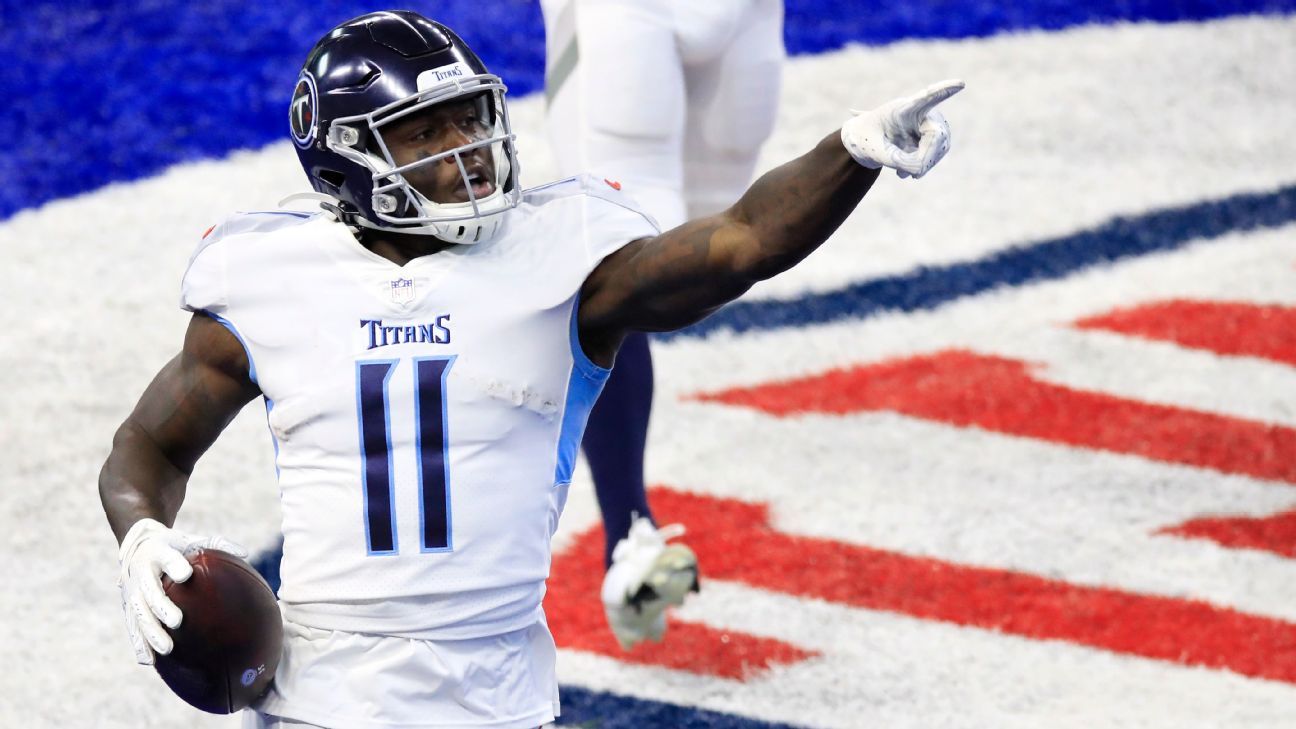 Tennessee Titans wide receiver A.J. Brown gave his team a big play with a 69-yard catch and run for a touchdown against the Indianapolis Colts.

Entering this game, Brown was tied with teammate Derrick Henry with five career scrimmage touchdowns of at least 50 yards. This touchdown was his sixth score of 50 or more yards, the most in the NFL over the last two seasons, per ESPN Stats & Information.

Brown hit a max speed of 20.3 mph on the play, his second-fastest speed on any catch this season, per NFL Next Gen Stats. Since 2019, he has five receiving TDs hitting a max speed of 20 mph, tied with the Chiefs' Tyreek Hill and the Cardinals' Christian Kirk for the most in the NFL.