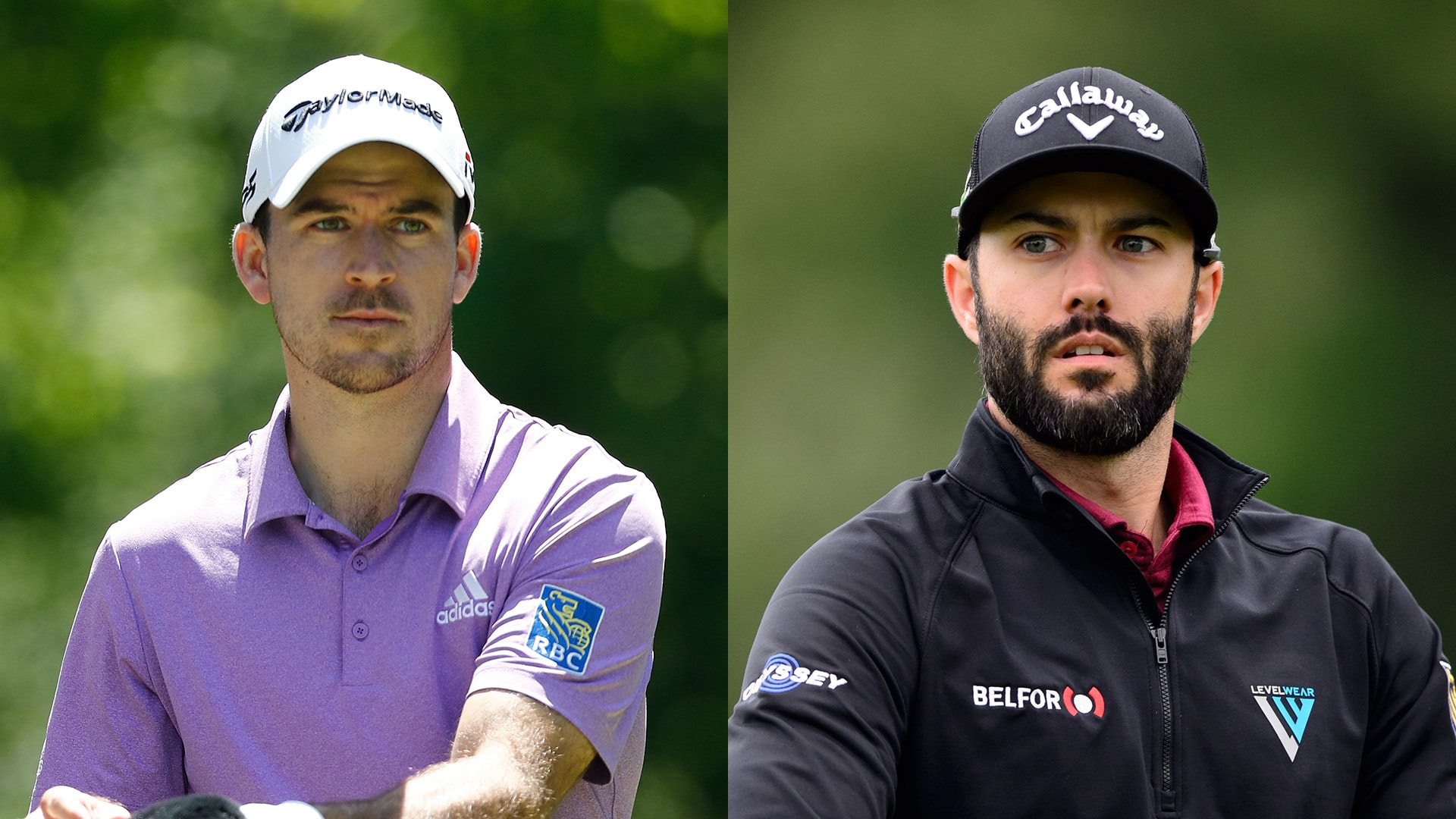 Every time the RBC Canadian Open rolls around, the name Pat Fletcher is nearly impossible to avoid.

Sixty-five years after his victory, Fletcher's win remains the last time a Canadian captured the PGA Tour's only event north of the border. It's also the only time since 1919 that the event has been won by a Canadian.

There are several native sons in the field hoping to end the drought that dates back to Fletcher's 1954 title, and two in good position to do just that this week at Hamilton Golf & Country Club are Nick Taylor and Adam Hadwin. Taylor's first and only Tour title came at the 2014 Sanderson Farms Championship, but he opened with a 6-under 64 that included a run of six birdies in seven holes and sits one shot off the early pace set by Keegan Bradley.

"It's been turning around all season, and it was nice to have it here this week," Taylor told reporters. "To roll some putts in was a nice way to get the round started and finished off nice, too."

Hadwin earned his lone Tour victory at the 2017 Valspar Championship, and at No. 69 he entered this week as the highest-ranked Canadian in the world. Hadwin has made five straight cuts dating back to April and was bogey-free in his opener at Hamilton en route to a 65 that left him one Taylor and two off of Bradley's lead.

"I didn't sleep as well as I may have liked to last night. Just kind of thinking about the week, thinking about things, picturing walking up 18 with a lead on Sunday," Hadwin told reporters. "Maybe a little too early to think about that, but it happened. ... Been playing really good golf, just a matter of staying patient and keep hitting greens and make a few putts."