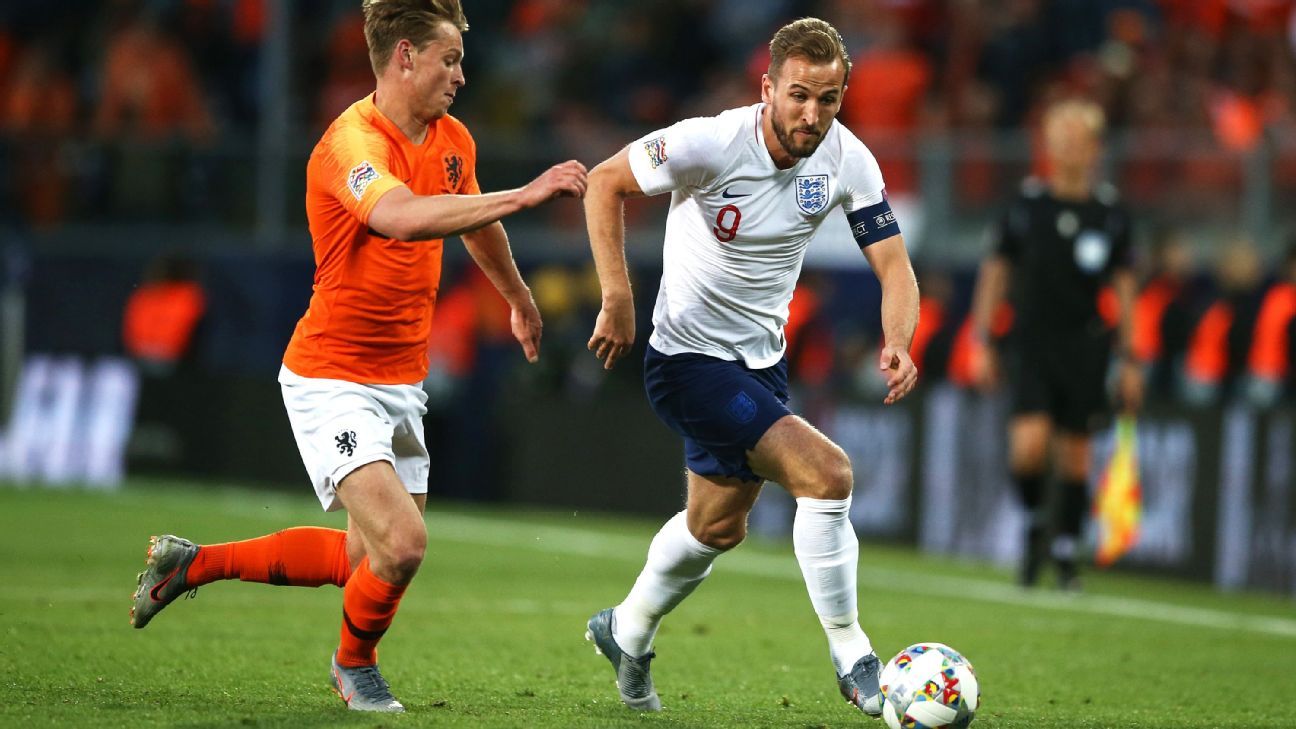 England manager Gareth Southgate was left to rue two shocking defensive errors in extra time which gifted the Netherlands a 3-1 win in the Nations League semifinals on Thursday but he refused to put the blame on his players.

John Stones was caught in possession on the edge of the area which led to the goal that saw the Dutch go 2-1 up and then put Ross Barkley under pressure with a needless short pass that the midfielder misplaced to hand the Netherlands their third goal.

"Fatigue has played a part tonight, and a lack of match sharpness," said Southgate, who added that his commitment to playing the ball out from the back was not to blame.

"I'm asking them to play a tough game at the back - if we didn't play that way we wouldn't be here," he told reporters.

"The Netherlands also made a huge mistake at the back tonight," he said, referring to Matthijs de Ligt giving away a penalty for the first goal. "We didn't lose because of how we wanted to play; we lost because of poor execution and fatigue."

The defeat makes it four losses in their last four semifinal appearances in competitive tournaments for England including the 1990 and 2018 World Cup and Euro '96.

"We talked before the match about the incredible games England have been involved in in past tournaments. We were up against a high level of opponent but we solved the problems they posed. We just made too many mistakes in our third," said Southgate.

Manchester United youngster Marcus Rashford gave England the initial lead on a first-half penalty before the Dutch fought back to grab the win.

"After Marcus Rashford put that penalty in, we ran our socks off in the first half," Rice told the BBC. "But then we sat back a bit and the set-piece is a tough one to take because we work on that day in day out."

England produced what they thought might be the winner in the second half but the referee chalked it off after Jesse Lingard was shown by VAR to be centimetres ahead of the last man.

"It's a tough one to take while we were all celebrating. We have to take it on the chin and then we gifted them two goals," Rice said.

England captain Harry Kane called the game "a massive disappointment" after the Three Lions gave up their initial lead.

"We dropped too deep and it took them to equalise for us to step it up again. We scored what we thought was going to be the winner but that's the fine margins in games like this. It's part of learning as a team, we take that on the chin and that's the way we want to play," Kane told Sky Sports.

"That's what VAR is there for. It's hard because you think you've won but we've got to get used to it. I'm sure they got it right.

The Tottenham Hotspur man came on as a second-half sub, having started for the club in their Champions League final loss to Liverpool last week.

"I don't think the Champions League final affected it tonight, as a squad we are good enough whoever plays," Kane said of his performance. "This is when the tournaments are going to be, you've got to pick yourself up at this stage of the season. We were a few inches away from winning it.

"We made sloppy mistakes giving the ball away but that's what we have to learn from. When you come across good teams that's what they do."

More in this category: « Ramsey has played last Arsenal match - Emery Neymar speaking to police about video release »
back to top