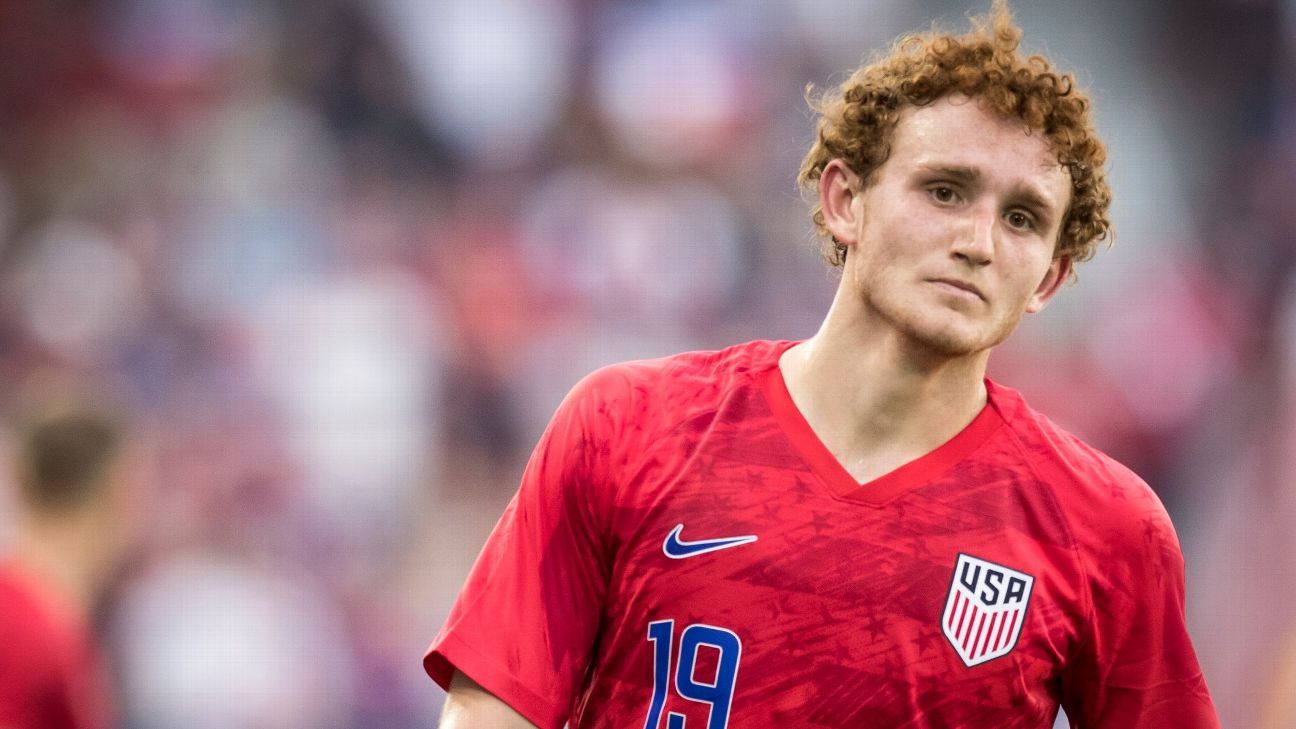 WASHINGTON, D.C. -- As Josh Sargent maneuvered through the postmatch mixed zone Wednesday night, the look of disappointment on his face was clear. He had nearly equalized for the U.S. late in the 1-0 friendly defeat to Jamaica, only to be denied by a sharp save from Jamaica goalkeeper Andre Blake. It capped off what had been a difficult night for him, as well as his U.S. teammates.

"It was tough to get on the ball sometimes, and it was a difficult game it seems like for us to get a rhythm," he said. "It was a little frustrating for me, but we have to learn from this experience and move on."

Alas, a tough night for the forward was about to get worse. U.S. manager Gregg Berhalter told Sargent later that night that there was no room for the 19-year-old on the 23-player Gold Cup roster.

The decision was easily the most perplexing that Berhalter made. Heading into late spring, the biggest decision surrounding Sargent was whether he would go to the FIFA Under-20 World Cup or stay with the senior team for the Gold Cup. The least likely scenario -- or so it appeared -- was one in which he did neither.

Yet, that is precisely what happened, and Berhalter was left to explain himself on a conference call with reporters. To hear the U.S. manager tell it, deciding to leave Sargent at home was the toughest call he had to make. And what sealed Sargent's fate wasn't so much what he did on the field or in training, but a hamstring injury to Sebastian Lletget that caused the Galaxy midfielder to be left off the roster, as well. Lletget's versatility allows him to play any one of three midfield roles, be it as a deep-lying midfielder, an attacking midfielder or out wide. That forced Berhalter to select multiple players to fill in for what Lletget is capable of individually.

"When [Lletget] got injured, it put a wrench in the plans a little bit, and we didn't feel we could afford to carry three strikers on the roster anymore," Berhalter said.

So Sargent was the odd forward out, with Jozy Altidore and Gyasi Zardes selected instead, and Berhalter was clear in his reasoning as to why.

"It's a simple reason, and it's that we think they're ahead of [Sargent] right now," said the U.S. manager. "We had to do what we felt was best for the team right now, and that's the decision we made."

Altidore has the experience and know-how, and Zardes is more adept at stretching defenses with his speed.

As for whether Sargent should have been placed with the U20s, Berhalter instead sought to praise what that U.S. side has done without Sargent. Tab Ramos' outfit is now into the quarterfinals, and forward Sebastian Soto has stepped in nicely; his four goals are presently tied for the second-most at the tournament.

"I think with Josh in that team, we wouldn't have the opportunity to see someone like Soto perform, and he's flourished in that," said Berhalter.

In many respects, Berhalter was being consistent. He is very much a system man, and the players he selected seem able to plug in to his approach. The U.S. manager has also put a premium on players getting time with their clubs; as impressive as it is for a 19-year-old to be in the first-team of a Bundesliga squad, the reality is that after bagging a pair of goals for Werder in December, Sargent's playing time eroded, and he was barely called upon the last two months of the season. He is still a player with just 10 first-team appearances to his name. It's not to say the forward won't ever make the next step. He just failed to do so now, and it is very much the present that Berhalter is thinking about.

"We have to remember that he's 19 years old, and that he has a bright future in front of him," Berhalter said about Sargent. "When I talked to him and gave him the news, one thing I mentioned was that he's going to be the striker for the national team in the future. We're sure of that. He's got a great skill set. Unfortunately, he didn't carry that momentum from Werder Bremen in the second half of the season. He wasn't able to play as much as he could have. He lacked a little sharpness. But Josh is a top striker, and he's going to have a lot of opportunities in the future."

All that said, Sargent's omission is certainly puzzling. Bringing him to the Gold Cup seemed to make sense given that the U.S. seems to have ample cover at the wing positions through Paul Arriola, Jordan Morris, Jonathan Lewis, and Tyler Boyd, who recently had his one-time switch from New Zealand approved. Fellow newcomer Duane Holmes is also certainly capable of filling in out wide, as well. Given Sargent's upside, there seemed to be more to gain by including him rather than leaving him at home.

In terms of damage that has been done to Sargent, that is bound to be minimal. There is no question he would have benefited from being at the Gold Cup. Even if his playing time was limited, it would have given him more experience, which would have helped him heading into preseason next year. But it is the daily work at Bremen that will ultimately determine just how much he progresses.

It's just unfortunate that U.S. fans will have to wait a bit longer to see Sargent perform again at international level.

More in this category: « Ramsey has played last Arsenal match - Emery Man Utd to sign James from Swansea for £15m »
back to top