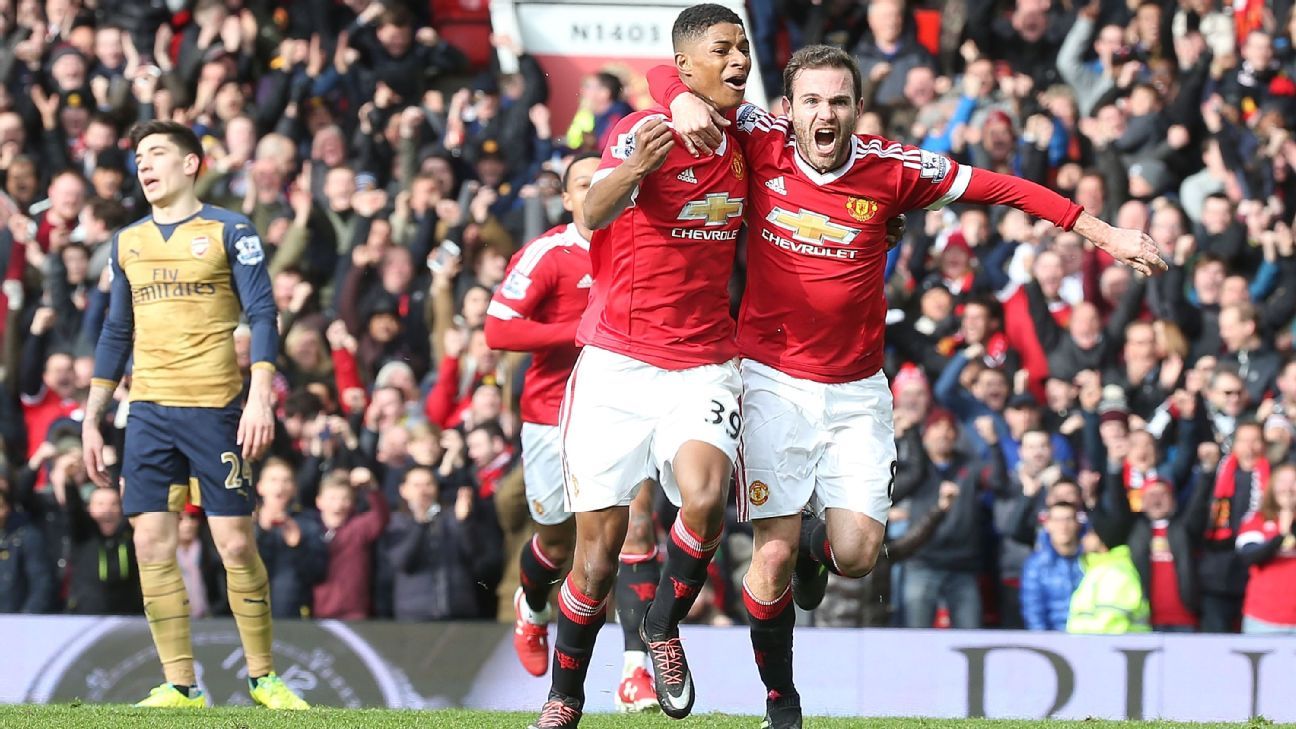 Barcelona are monitoring Marcus Rashford and Juan Mata's contract situations but neither of the two Manchester United players are priorities for the Catalan club, sources have told ESPN FC.

Rashford, 21, has just one year to run on his deal at Old Trafford, although United have an option to extend his deal by an additional year.

A source at Barcelona has confirmed that the La Liga champions are following the striker as talks continue with the English side over a new contract.

However, the same source adds that Rashford is not one of the club's top targets this summer, given they remain hopeful of strengthening their attack with the arrival of Atletico Madrid's Antoine Griezmann. The France forward has already confirmed his desire to change clubs and his release clause drops to €120 million on July 1.

In addition, Barca are aware that it would be difficult to thrash out a deal with United. A few months ago, when ESPN FC first reported the Catalans were tracking Rashford, a high-ranking executive at the club joked that signing him "would be as difficult as getting a date with Cindy Crawford."

Meanwhile, sources have confirmed to ESPN FC that Barcelona have also sounded out the possibility of signing Rashford's teammate Mata, who is out of contract this summer.

Barca looked into the deal because he was offered on a free but sources at the club say it's not something they are actively pursuing. They are well covered in attack and midfield, so there would not be room for him in the squad unless a number of players left.

"Signing [Mata] is not a priority but we have to keep an eye on these kinds of opportunities which come up on the transfer market," a Barcelona source said. "He's a player available for free, with a lot of quality and who is very versatile."

Mata would be open to returning to Spain but knows a move to Barca is unlikely. He could choose to stay at United, with negotiations for a new deal still ongoing and improved terms being offered just three weeks ago, sources say.

"He's loved in Manchester and he feels very happy there," a source close to the player told ESPN FC at the same time he confirmed the contact with Barcelona.

More in this category: « Ramsey has played last Arsenal match - Emery Man United release, Herrera, Valencia, 12 others »
back to top