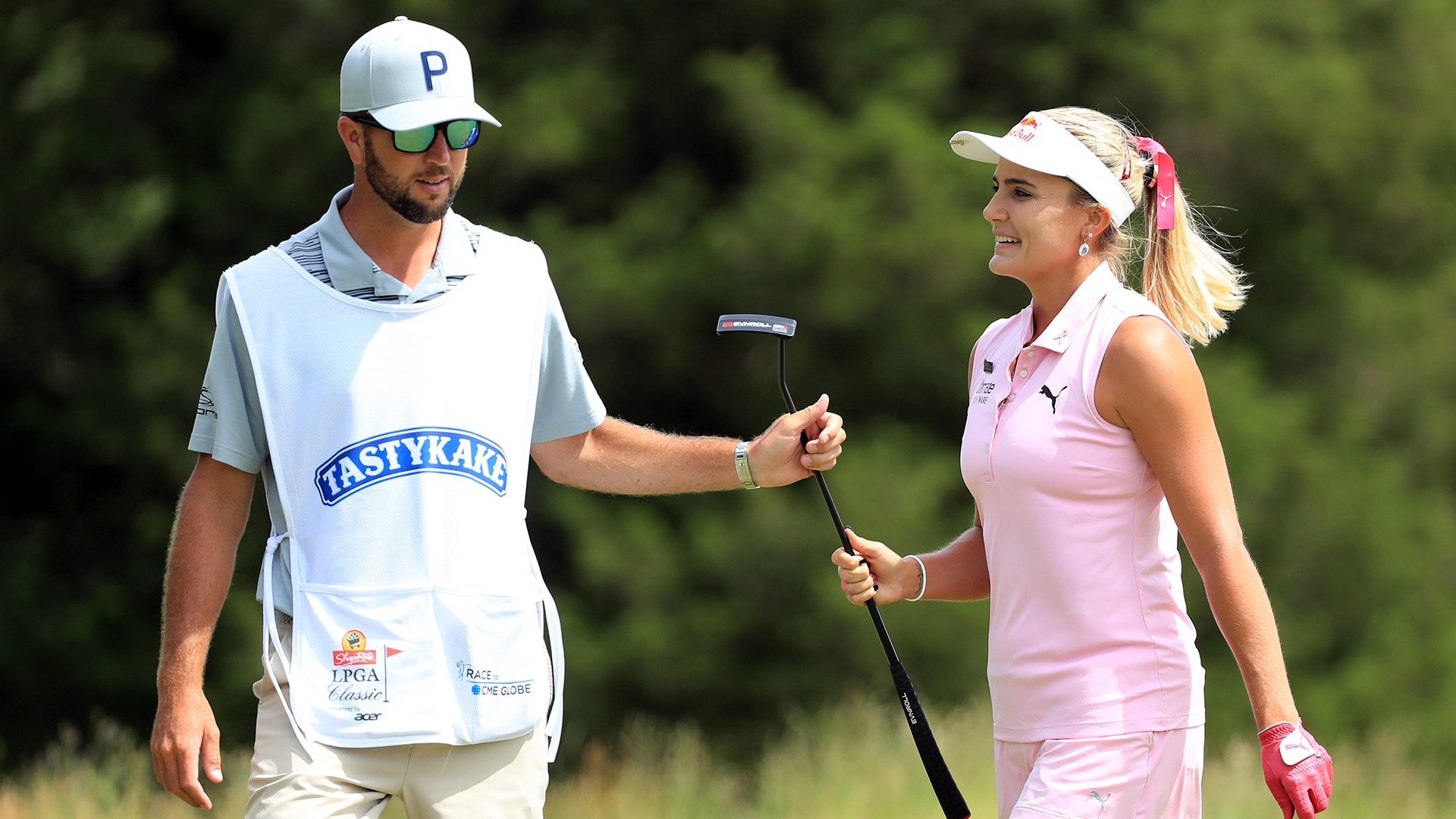 Lexi Thompson’s wild day somehow ended up with her poised to make a run at her 11th LPGA title.

She looked as if she were playing herself out of the ShopRite Classic on her second nine on Saturday.

She double bogeyed No. 1, her 10th hole, with her new claw-style putting stroke failing her in a four putt, which included three-putting from 2 feet. She followed that up with a bogey to fall six shots behind Jeongeun Lee6 with just seven holes left in her round.

She eagled her 12th hole to play the rest of the way in 4 under and get back within two shots of the lead.

“I just tried to keep in it, fight strong through the rest of the nine, because I knew there was some birdie holes out there,” Thompson said.

Thompson had a double bogey and three bogeys and still finished the round under par at the Seaview Hotel and Golf Club. With the help of four birdies and an eagle, she shot 1-under 70.

“I'm just going to take away how I fought strong for my back nine, after 1 and 2,” Thompson said. “Obviously, just how I stayed confident within myself, and made those birdies. Made the eagle. Just fought back.”