Blues to get rookie Thomas back for Game 6 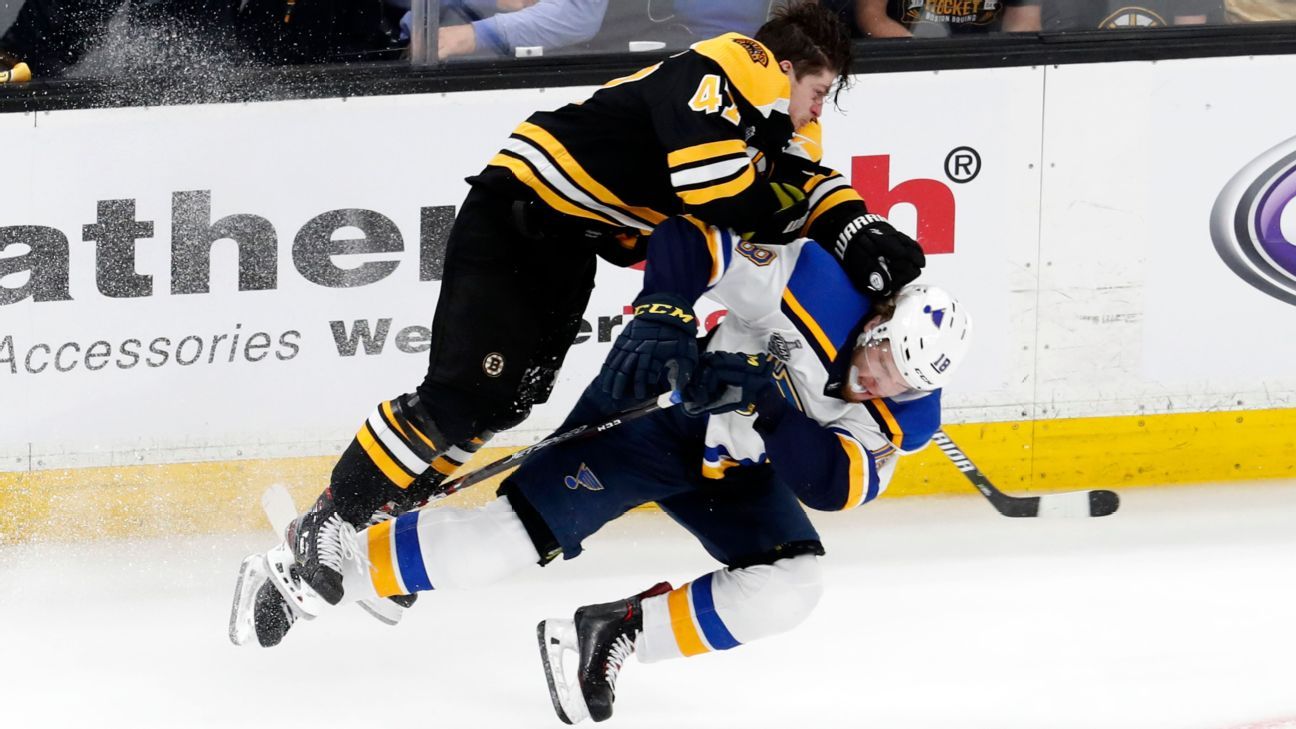 ST. LOUIS -- One of the St. Louis Blues' most effective lines of the season will be reunited with the Stanley Cup on the line, as rookie winger Robert Thomas returns from injury in Game 6 on Sunday night against the Boston Bruins.

The Blues lead the series 3-2 and are seeking their first Cup in franchise history.

Thomas has been missing from the lineup since Game 1 of the Final, with speculation that he's been battling a wrist injury in the playoffs. That was also the game when he was lit up on a hit from Boston Bruins defenseman Torey Krug, although the Blues have steadfastly pushed back on the notion that the hit aggravated the injury.

"He said he could play. He was ready to play, so he feels good enough to play and we need a player," Berube said. "It was always in the back of my mind and obviously his mind, too. he wants to play, he's a gamer-- tough kid -- so he was always willing to play. But I think the time off has helped him, and he's more prepared now."

Thomas was sputtering by the time he left the lineup. He has a goal and five assists in 20 playoff games, but he only managed one assist in his past seven postseason games, skating to a minus-5. But he said he's up for the challenge.

"We've been talking about it for a couple days. I kind of had a feeling. Yesterday was kind of like our testing point where I got out there, was feeling the puck, completing the full practice. That was kind of the good-to-go [moment]," he said. "It's more nerve-wracking watching from upstairs, that's for sure. You're sweating the whole game up there. It's really tough to watch, Your gut's just turning. I'm happy to be back out there."

He returns to a line with Tyler Bozak and Patrick Maroon that has been dominant for stretches this season. It's a line that generated a plus-3.78 in 34 regular-season games, second best on the Blues. Forward Sammy Blais drops down to play with Oskar Sundqvist and Alex Steen, replacing Barbashev.

"It's awesome," said Maroon of the returning Thomas. "He has a lot of skill, he has speed, he brings a different element to the game, and I think with him on our line, it makes our line a lot better. He drives the engine with his fresh legs and his young talent. It helps us go."