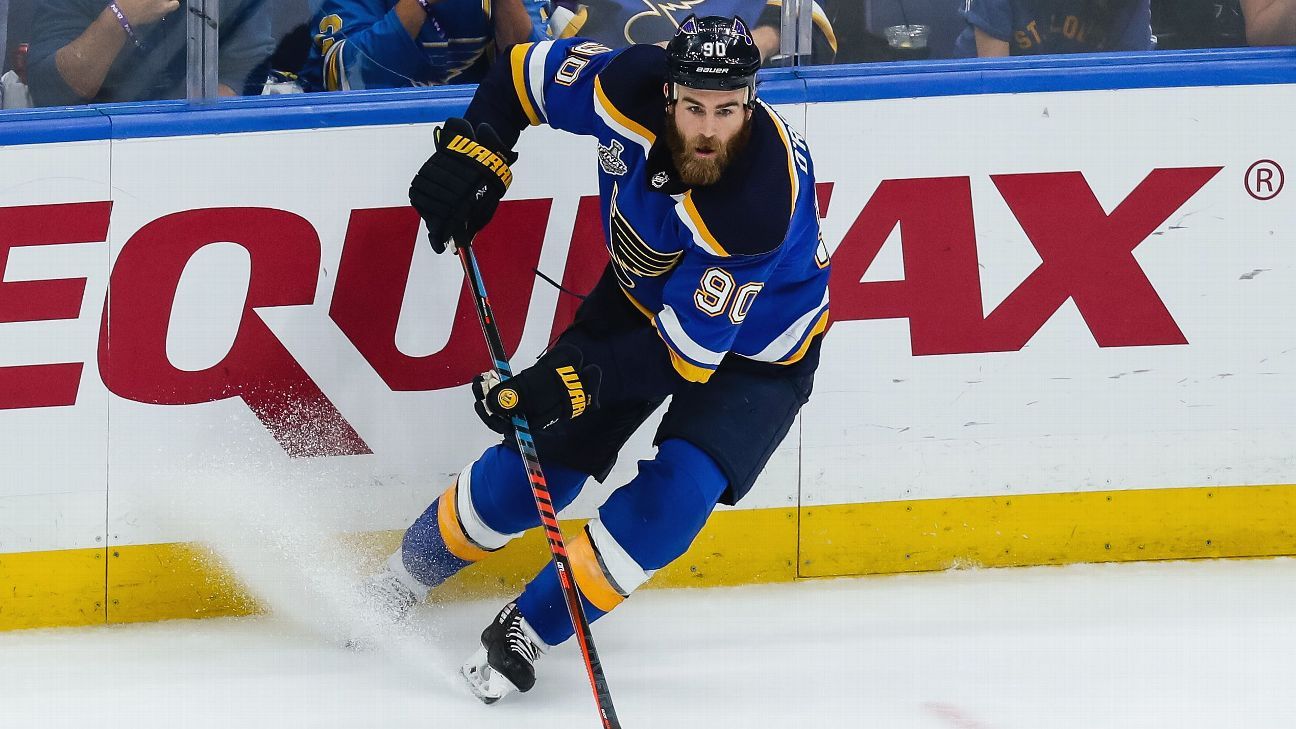 ST. LOUIS -- Ryan O'Reilly slammed his stick against the boards in frustration.

He had just sent the puck sailing over the glass for a delay-of-game call while on the penalty kill in the first period of Game 6. He had just handed the Boston Bruins' power play, best in the NHL playoffs since 1981, an opportunity to take an early lead on a five-on-three advantage, which they did on Brad Marchand's goal at 8 minutes, 40 seconds. After the Bruins' 5-1 win over the St. Louis Blues on Sunday to send the Stanley Cup Final to a Game 7 on Wednesday, O'Reilly said his mistake was undeniably a turning point in the game.

"Obviously not the start that we wanted. Bad play by myself there to take the penalty there to take it to five-on-three. It took the wind out of our sails, and it took too long for us to climb back in," O'Reilly said. "I'll take a little blame for that. That penalty set them up on the five-on-three and gave them a lot of confidence with a big goal there. We could have killed that penalty and gotten back to work."

The Blues did some work in Game 6 -- but not enough of it. They trailed the Bruins in shots on goal (34-29) and shot attempts at even strength (38-35), and they lost the special-teams battle, as the Bruins went 1-for-2 on the power play and the Blues went 0-for-4 despite generating 12 shots on Boston goalie Tuukka Rask with the man advantage.

"We did have momentum. We had some good looks. We didn't score. Rask made some good saves," Blues coach Craig Berube said. "Can it be better? Yeah, it has to be better. It could have won us the game tonight."

There were a variety of reasons the Blues were unable to capture the Stanley Cup in Game 6. One of them was luck, or a lack of it, as goalie Jordan Binnington was fooled by a deflected puck that bounced into the net for the Bruins' second goal, and the Blues nearly had one past Rask that was swatted away by Boston defenseman Charlie McAvoy's stick. But many of their struggles track back to poor decisions with the puck, failure to physically dominate the Bruins on the forecheck and, as O'Reilly noted, an inability to give the massive crowd gathered inside and outside the arena the chance to get into the game early -- a problem reminiscent of their Game 3 loss at home to Boston.

"I'm sure people are disappointed. We're disappointed," Blues defenseman Jay Bouwmeester said. "But I think the way we have to look at it is that if you had told us at the beginning of the year, or even around Christmas, that we'd have a chance at a Game 7 and a Stanley Cup, I think everyone would have taken it."

For the Blues, there are other reasons for optimism. Binnington has earned a reputation for bounce-back efforts. Including the regular season, he's 13-2 with a 1.83 GAA (28 goals against, 918 minutes) and a .934 save percentage (394 saves, 422 shots) in games immediately following a loss. In the playoffs, Binnington is 7-2 with a 1.86 GAA and a .933 save percentage following losses. Also, although the Blues dropped to 6-7 at home, they're 9-2 on the road.

"Of course we wanted to win [at home]. It didn't happen. We have to move on, get ready for the next one," O'Reilly said. "We're confident. We're a great road team. Maybe that's our story. Maybe we have to get it done on the road."