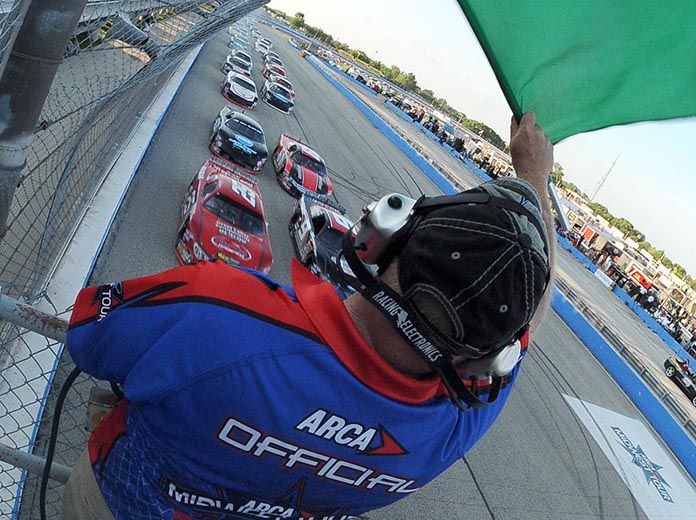 WEST ALLIS, Wis. – More than 40 super late model drivers from 11 states will invade The Milwaukee Mile on June 16 for the running of the ARCA Midwest Tour Father’s Day 100.

Champions from across the short track racing scene have filed entries for the Sunday afternoon contest, marking the return of racing to The Milwaukee Mile for the first time in four years.

One of the few tracks that four-time champ Ty Majeski has not won on in his home state is The Milwaukee Mile. The all-time Tour win leader with 19 victories is coming off back to back ARCA Menards Series wins at Charlotte Motor Speedway and Pocono Raceway and came up just short of a third win at Michigan Int’l Speedway last weekend, surrendering the lead on the final lap as he ran out of fuel.

The two drivers with the most recent Tour success have been Andrew Morrissey and Dalton Zehr. Morrissey, the 2011 Tour champion, posted two wins last season, including a victory in the 49th annual Oktoberfest Race Weekend at LaCrosse Fairgrounds Speedway. Making his first Midwest Tour start of the season will be reigning champion Zehr. He comes into Milwaukee with three Tour wins to go along with numerous victories throughout the region.

Colorado’s Preston Peltier has thrown his hat into the ring for Sunday as well. The veteran driver visited victory lane in SRL competition at Irwindale Speedway this April. The 2010 PASS champion has five Easter Bunny 150 victories at Hickory Motor Speedway, in addition to big wins at the World Cup 300 and the Challenge Cup at Colorado National.