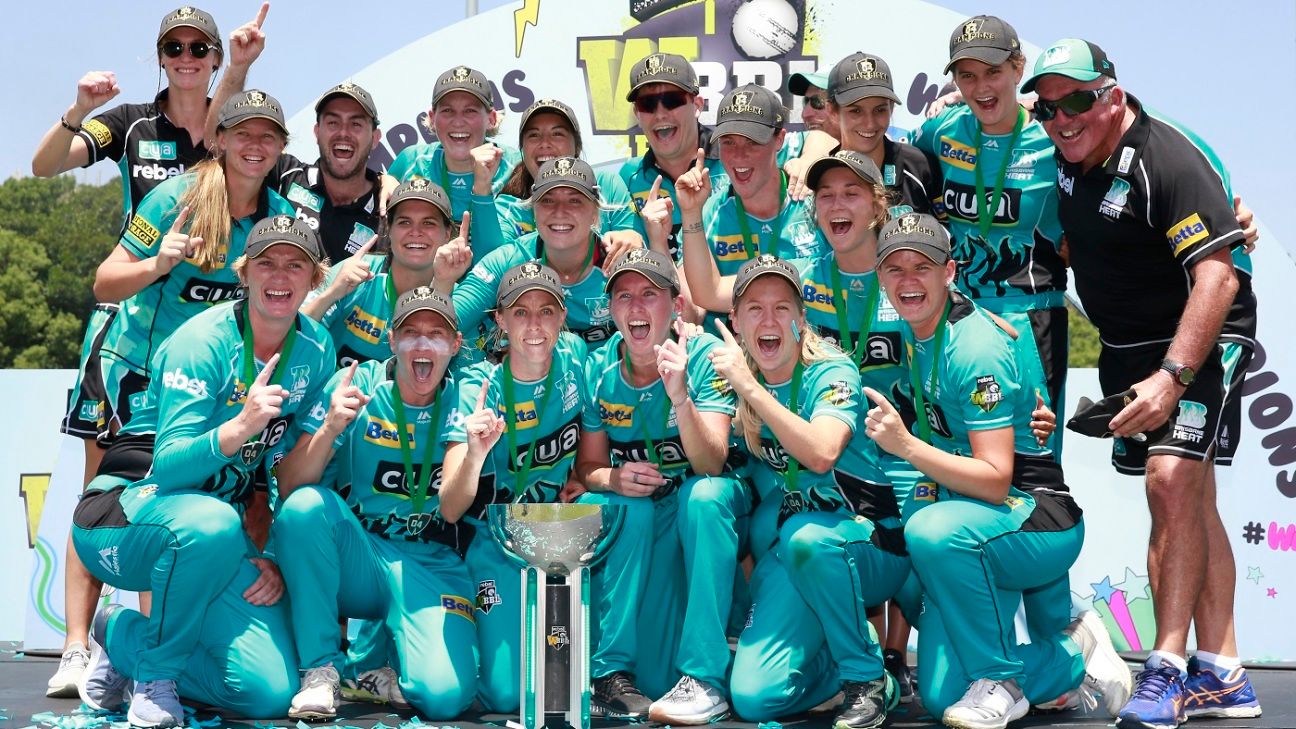 Australian cricket's prime time broadcast footprint is to be vastly expanded as the WBBL launches its first standalone tournament from October 18 to December 8.

Twenty-three of the 59 games will be shown on free-to-air network Seven and the subscription broadcaster Fox Sports, with the vast majority programmed for Friday nights, Saturdays and Sundays in effort to focus the competition around times when most viewers can watch outside the school holidays.

Fifteen other fixtures will also be broadcast live in morning and afternoon time slots. Sydney Sixers and Brisbane Heat, with six matches each, get the most full broadcast coverage, followed by Sydney Thunder, Adelaide Strikers, Perth Scorchers and Melbourne Renegades (five), and Hobart Hurricanes and Melbourne Stars (four). Finals matches, the two semis on December 7 and the final on December 8, may also fill prime time slots depending on whether the host venue is equipped with floodlights.

In the fourth season of the competition, Cricket Australia is unashamedly using the WBBL as a vehicle to expand cricket's footprint on the season - never before have so many matches been aired in prime time so early in the season. Historically, it is not until the first international matches of the season in November that cricket has had a regular place at the broadcast table.

"It's something we've been building towards and last year's final series has proved that the WBBL is ready to stand on its own two feet," CA's executive general manager fan engagement Anthony Everard said. "The volume of televised content nearly doubled last season with the 23 broadcast matches averaging 213,000 on Seven and Fox Cricket.

The tournament is built around a series "festival weekends" at North Sydney Oval, Brisbane's Allan Border Field, the WACA Ground in Perth, Adelaide's Karen Rolton Oval, Bellerive Oval in Hobart and Junction Oval in Melbourne. The tournament semis and final will be hosted by the top ranked team after the 14 qualifying rounds in early December.

Broadcast audiences for the WBBL last season maintained a trend of growing interest in women's sport, intertwined with CA's long-term thinking about growing the game as a sport for all. This edition of the WBBL will also serve as a taster for the kind of cricket likely to be seen in February and March, when Australia hosts the women's T20 World Cup.

"This is monumental for the women's game," Everard said. "The players showed that last year with more totals of over 150 than the first previous three seasons of the rebel WBBL combined, all culminating into an incredible standalone finals festival weekend.

"Moving the entire tournament to its own standalone period is the first step towards achieving that ultimate goal of being the best women's league in the world, giving the world's best female cricketers from across the globe the platform to show fans what they are capable of."