Arenado: 'Plan on sticking around' with Cards 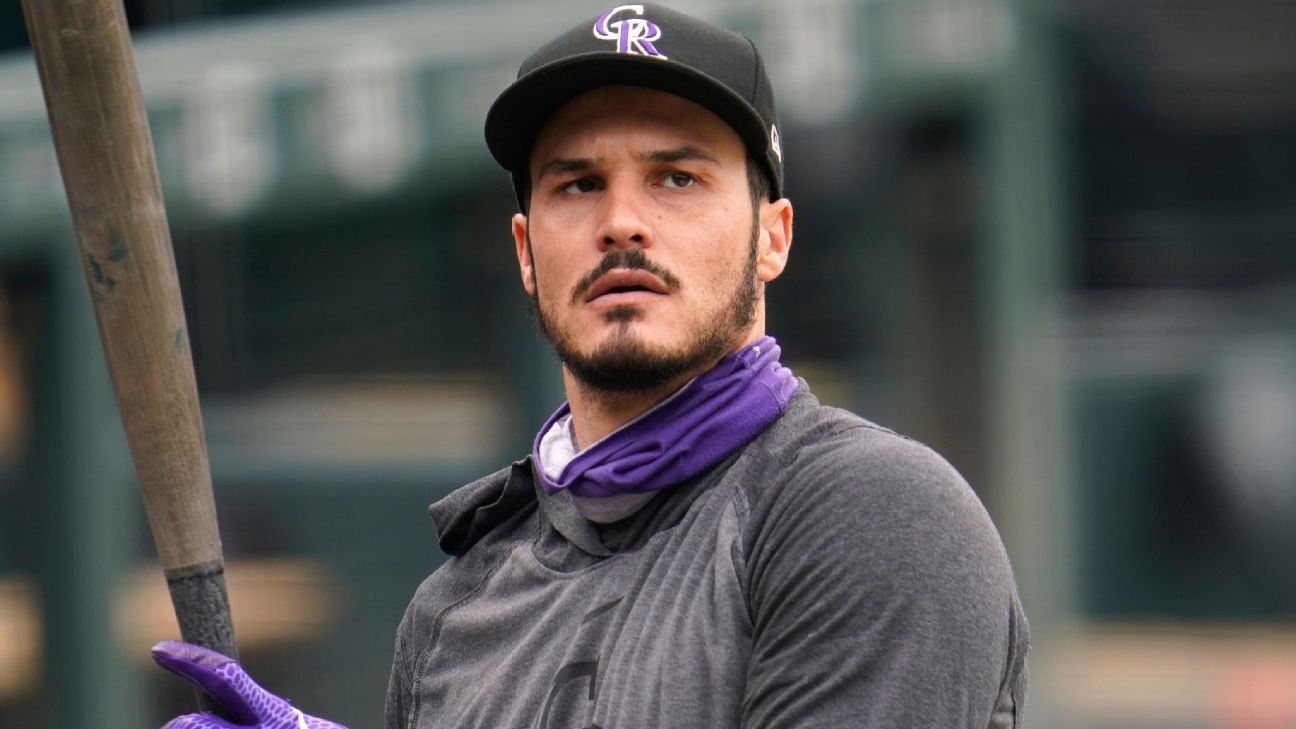 While indicating there were times over the past week when he felt "nauseous" believing that the deal might not get done, St. Louis Cardinals president of baseball operations John Mozeliak couldn't be happier with his acquisition of five-time All-Star Nolan Arenado from the Colorado Rockies.

"With the addition of Nolan, we think we went from a good to a great team," Mozeliak said to reporters Tuesday. "I can tell you, over the last week or so, I kept feeling nauseous. It felt like something was going to go wrong."

Things fell into place after the clubs re-engaged in trade talks in December. Mozeliak indicated there were discussions about acquiring Arenado as far back as last offseason, around the time the third baseman felt a trade was best for him.

"When I signed in Colorado, I signed it with the intent of being there for the rest of my career," Arenado said. "It wasn't meant to be. The last few years have been tough."

Arenado's displeasure came from the Rockies' inability to field a competitive team after he signed an eight-year extension with the club before the 2019 season.

The Cardinals acquired Arenado on Monday for pitcher Austin Gomber and four minor league players. To waive his no-trade clause, Arenado was given two opt-out clauses, after the 2022 and 2023 seasons.

"I plan on sticking around," Arenado said. "That's my goal. I plan on staying here for a long time. I said that once in Colorado, but I truly mean it. I'm not worried about [opting out]."

"It was tough last year," he said. "I don't want to make the excuse that it was only because of that. It wasn't easy playing injured. I feel like I'm in a better place now. I expect to be back to normal."

Arenado understands Rockies fans might be upset with the deal but says he has no hard feelings toward the organization.

"My relationship with the Rockies is just fine," Arenado said. "I'm not going to talk about the bad things. There are no bad things. I had a great time in Colorado. It just didn't work out.

"I know a lot of people are bothered by this [trade], but I'm not the first [big] contract to get moved after a couple of years. It happens a lot in this game."

More in this category: « Real or not? Jose Altuve could be MVP again How bright is your MLB team's future? Kiley McDaniel ranks all 30 farm systems »
back to top