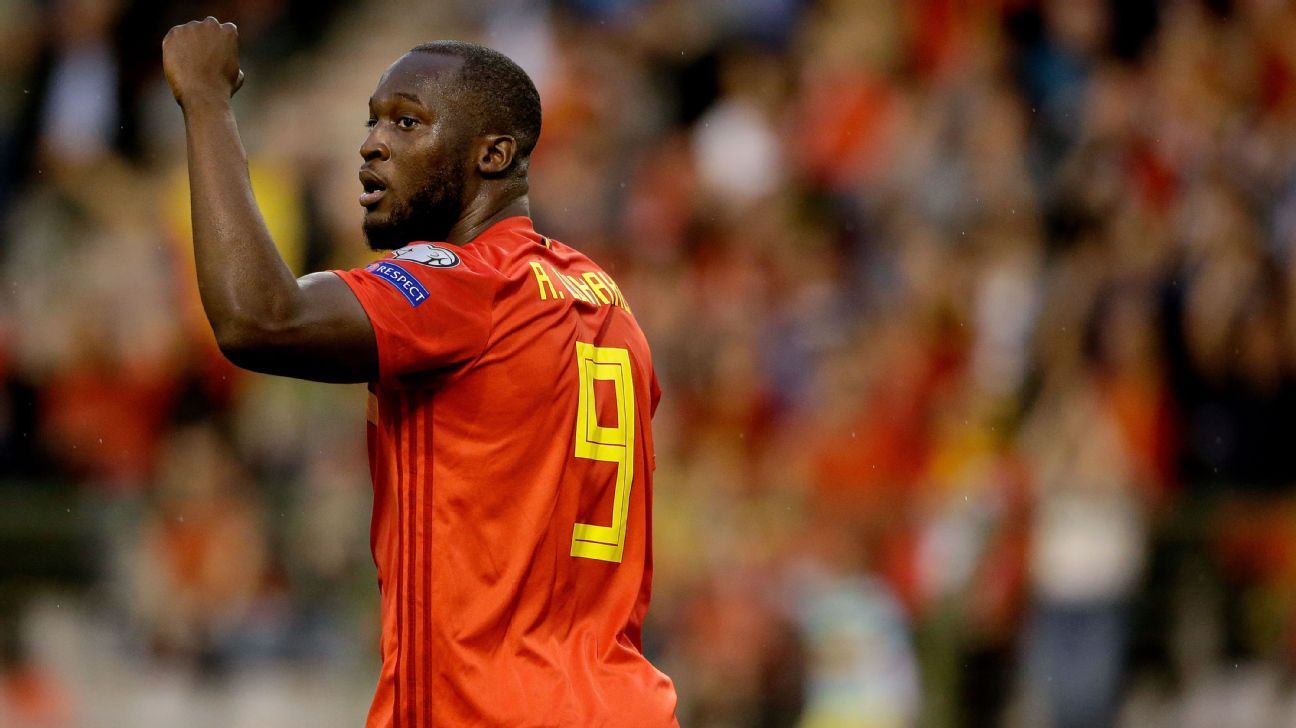 Sources have told ESPN FC that, while new Nerazzurri boss Antonio Conte is interested in making Lukaku his first signing at San Siro, there has not yet been any contact between the two parties.

Asked after Belgium's 3-0 Euro 2020 qualifying victory over Scotland, whether he expected a hectic summer, Lukaku replied: "Yes, I think so."

He added: "I have a contract with Manchester United, but I will speak to my agent Federico Pastorello to ensure I make the best decision."

Pushed further on whether a move to Inter appealed to him, Lukaku simply smiled.

Lukaku, 26, joined United from Everton in 2017 and was a regular starter under Jose Mourinho. However, he lost his place to Marcus Rashford when Ole Gunnar Solskjaer came in.

In April, the Belgium international's agent said they would assess the forward's future in the summer.

Lukaku has scored 42 goals in 96 appearances for United and played in both the 2017 UEFA Super Cup and 2018 FA Cup final, while helped United to a second place finish in his debut season with the club.