Tour boss: Support for Tiger, not golf, is No. 1 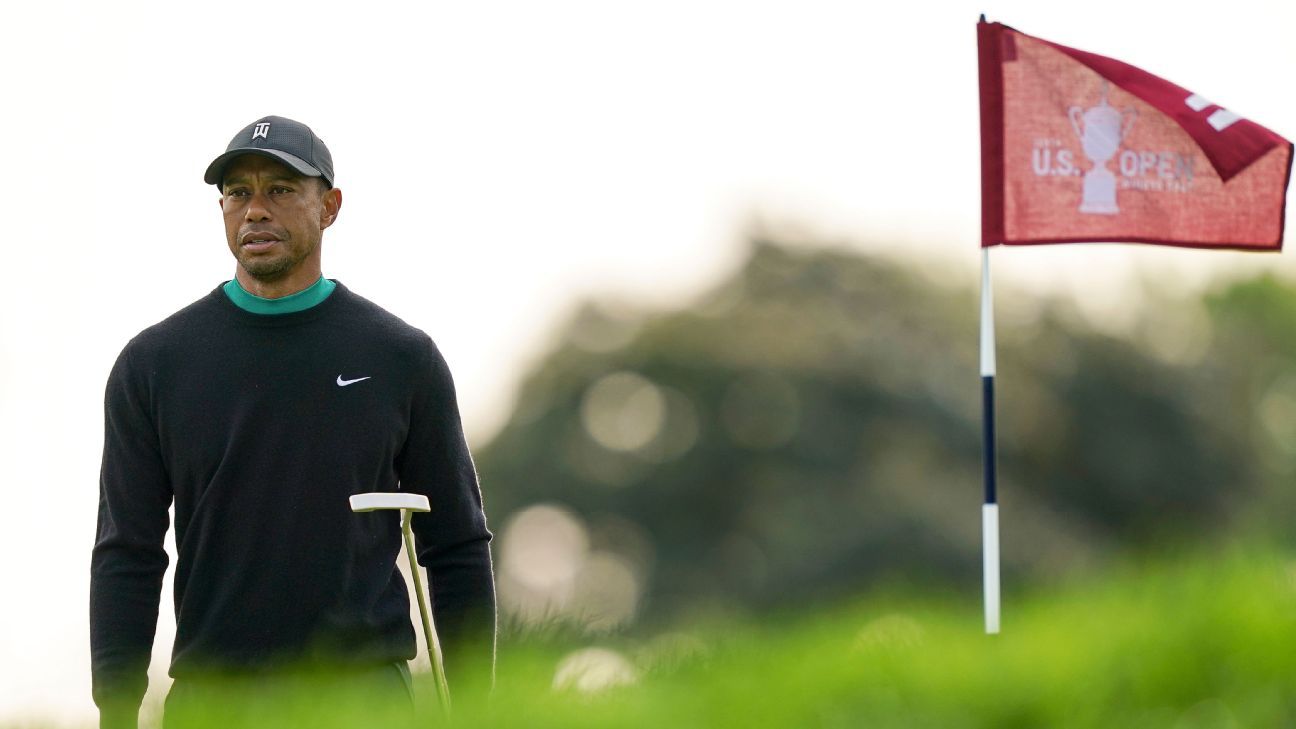 BRADENTON, Fla. -- Much like the reaction of the players he leads on the PGA Tour, commissioner Jay Monahan said Wednesday that he had a difficult time processing the news that his star attraction, Tiger Woods, had been seriously injured in a car accident.

Monahan said he was in his office at Tour headquarters in Ponte Vedra Beach, Florida, when he got initial word about Woods, who suffered significant leg injuries in a one-vehicle crash Tuesday morning near the border of Rolling Hills Estates and Rancho Palos Verdes, about 30 miles south of downtown Los Angeles.

"I was shocked,'' Monahan said. "I kind of had to sit down and ask the same question I had asked a second time because I wasn't sure I completely heard what I was being told."

As part of a statement on Woods' official Twitter account, Dr. Anish Mahajan of Harbor-UCLA Medical Center updated the famed golfer's condition, saying in part that Woods had multiple "open fractures" to his lower right leg, and he had a rod placed in his tibia and screws and pins inserted in his foot and ankle during an emergency surgery.

Woods, 45, was "awake, responsive, and recovering in his hospital room," according to the statement.

Monahan on Wednesday spoke to reporters at The Concession Golf Club, site of this week's WGC Workday Championship, and said he had been in touch with Woods' agent Mark Steinberg but offered no details.

"It was early on in the process when there was still a lot of unknowns,'' Monahan said. "All I knew was that he had had a really bad car accident. ... [Once] we started to understand that, number one, most important, he was going to be okay and it was non-life-threatening, and two, he had serious injuries that needed to be attended to.

"That's where for me -- and I think for a lot of us -- there was a period where we didn't know. You're thinking a lot of different things and some of them are pretty scary to think about."

Monahan admitted Tuesday was difficult, especially with so much going on. The coronavirus pandemic continues to be an obstacle for the Tour, whose flagship event, the Players Championship, is in two weeks. That tournament is where the golf world shut down a year ago, leading to a 13-week hiatus from events.

"I was up all night last night and I couldn't really focus on anything else,'' Harig said of Woods' accident. "The only thing that really matters now is his well-being, his recovery, his family, the level of support that we provide to him.

"Listen, when Tiger wants to talk about golf, we'll talk about golf. But I think right now the entirety of our efforts needs to be around the support. When you're going to overcome what he needs to overcome, I think the love of all of our players and everybody out here, it's going to come forward in a big way and across the entire sporting world. I think he'll feel that energy and I think that's what we should all focus on. We'll all be talking about that at some point down the road, but not right now.''

"He's not Superman,'' McIlroy said of Woods. "He's a human being at the end of the day. And he's already been through so much. At this stage, I think everyone should just be grateful that he's here, that he's alive, that his kids haven't lost their dad. That's the most important thing. Golf is so far from the equation right now, it's not even on the map at this point.''

McIlroy, along with Justin Thomas and Rickie Fowler, got to know Woods better when he was sidelined from the game due to his 2017 spinal fusion surgery. They saw what he went through, and the great story in his comeback.

"From hardly being able to walk to stand to being able to get his game back into shape," McIlroy said. "He won the Masters two years later, in 2019. I don't think people to this day, people don't realize -- a few of us out here do, JT, Rickie, Dustin (Johnson) and myself, the guys that are in Florida that have gotten a little bit closer with him -- the struggle and the things he had to deal with to get to that point to win Augusta in 2019.

"Look, I don't want to take anything away from what Ben Hogan did after his car crash or any of the other comebacks that athletes have had in other sports, but right now I can't think of any greater comeback in sports than the journey that he made from that lunch we had in 2017 to winning the Masters a couple years later."

Asked what Woods means to everybody on the PGA Tour, Brooks Koepka summed it up.