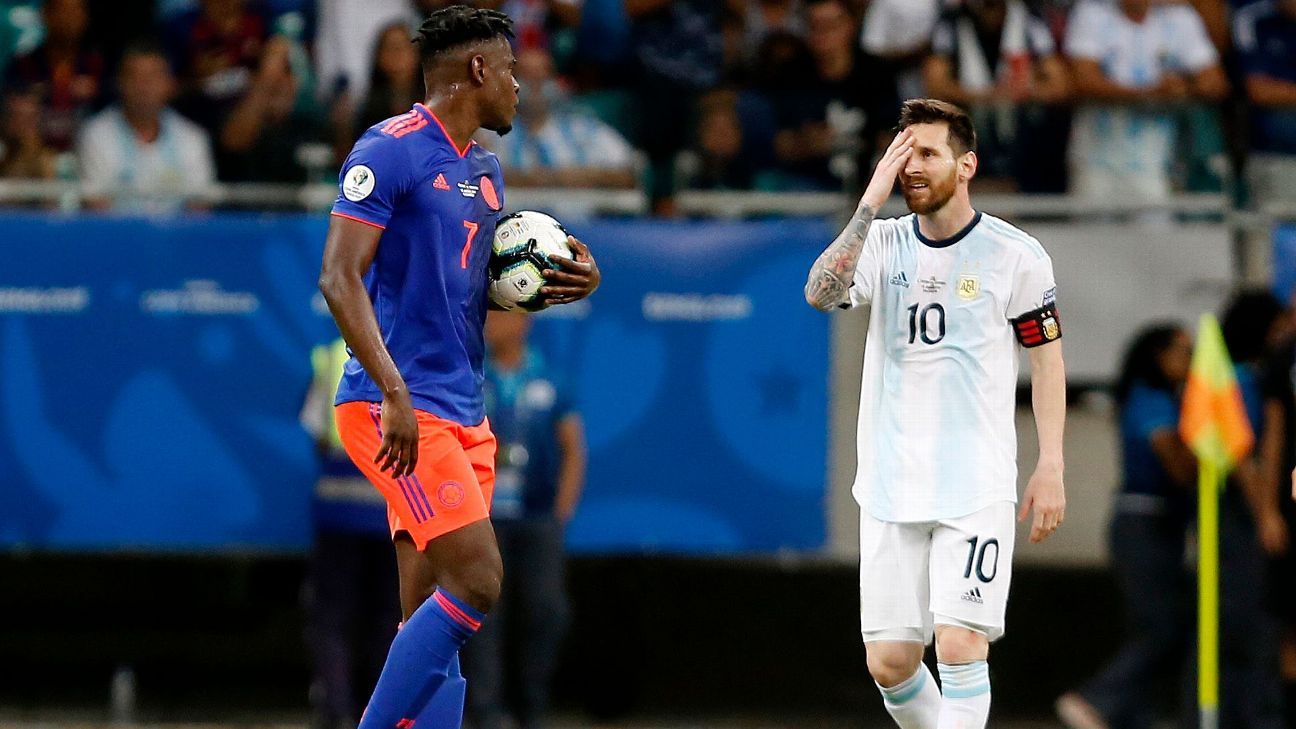 Roger Martinez scored an outstanding goal as Colombia beat Lionel Messi's Argentina 2-0 in a Copa America Group B opener on Saturday that burst into life after a sluggish start.

In a match that feature a plethora of stars such as Messi, Sergio Aguero, Radamel Falcao, and James Rodriguez, it was Martinez who put Colombia up with a booming strike in the 71st minute.

The loss puts Argentina in an early hole at the tournament where they have finished runners-up in four the past five editions. For Messi, it adds more pressure as the Barcelona star tries to win his first senior trophy at the international level.

Martinez's stunning strike came in the 71st minute and Martinez's fellow substitute Duvan Zapata made sure Colombia took all the points by pouncing from close range to knock in a cross from Jefferson Lerma 15 minutes later.

Colombia had looked stronger in the first half but Argentina were a different beast when Rodrigo de Paul replaced Angel di Maria immediately after the interval and Messi was able to find space to cause some problems.

Messi wasted the best chance of the game before Martinez's piledriver broke the deadlock when he skewed a rebound wide from close range, and also went on a thrilling solo run into the area but could not get a shot away.

A mass brawl ensued when Messi was cut down by Colombia's Juan Cuadrado in the second half while Argentina midfielder Leandro Paredes fizzed two shots at goal.

A goal from Lionel Scaloni's side looked imminent but Colombia's usual talisman James Rodriguez split their defence with an impressive long pass to Martinez, who came on early in the game after Luis Muriel was forced off injured.

Martinez's stunning strike floored Argentina and although they came back with a couple more attempts, they never looked like scoring.

Colombia top Group B with three points ahead of Qatar's meeting with Paraguay on Sunday.

More in this category: « Ramsey has played last Arsenal match - Emery Holmes out of U.S. Gold Cup roster with injury »
back to top