Rangers get Trouba from Jets for Pionk, 20th pick 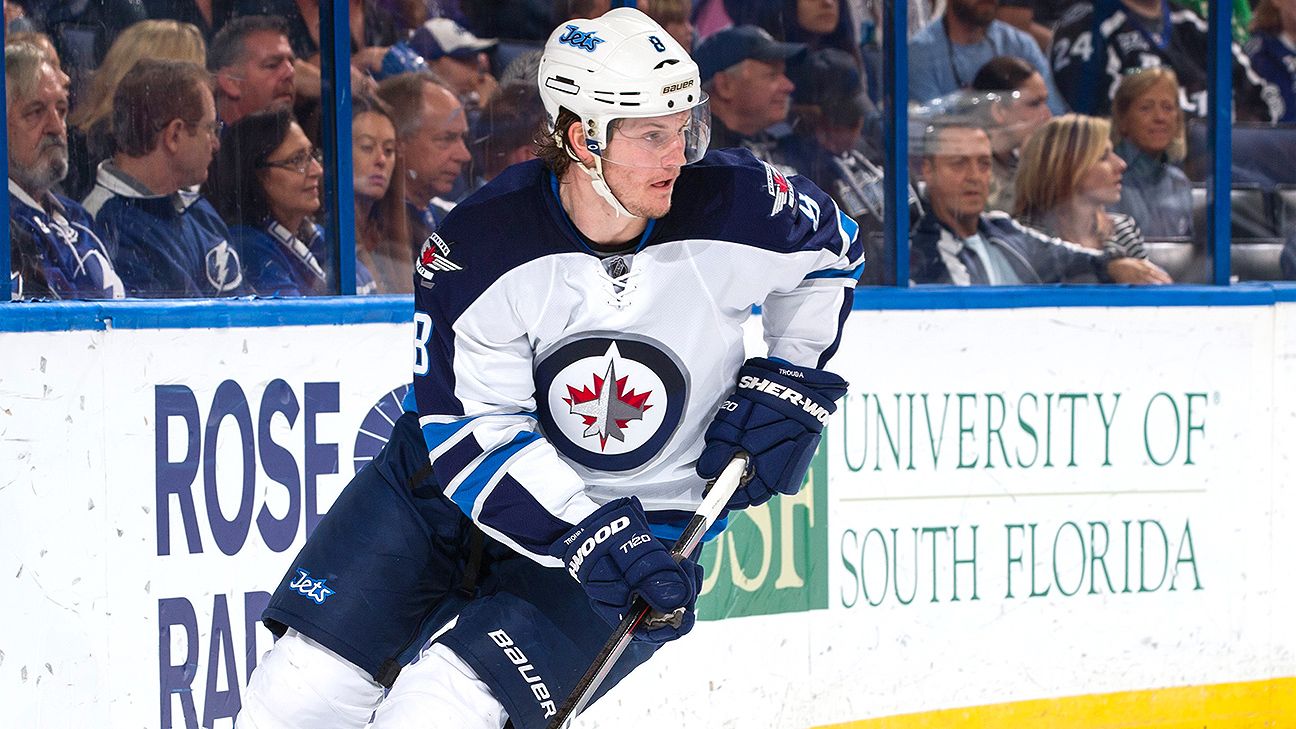 The New York Rangers acquired defenseman Jacob Trouba from the Winnipeg Jets in exchange for Neal Pionk and the 20th overall pick in Thursday's NHL draft, the teams said.

Trouba, 25, had eight goals and 42 assists for the Jets in 2018-19, his most productive season since the former No. 9 overall draft pick debuted with Winnipeg six years ago. He averaged 22:52 a night, second-most on the team.

Trouba has long been trade bait for the Jets; despite his talent as a puck-moving blueliner, he has been far apart in contract talks with the Jets for some time.

Rangers general manager Jeff Gorton said the Rangers "jumped on" the opportunity to trade for Trouba.

"He's a big defenseman," Gorton said. "He's 25 years old, he can play against the best players, he has offense, he can kill penalties, he's in the prime of his career."

In 2016, Trouba requested a trade from Winnipeg, which he later rescinded. The Jets are also facing a cap crunch this summer, as several players -- including Patrik Laine and Kyle Connor -- are in need of new contracts.

The Rangers aggressively pursued Trouba over the past few weeks, though the in-division rival Islanders also expressed interest.

Pionk, a Minnesota native, signed with the Rangers in 2017 as an undrafted college free agent after his sophomore season at the University of Minnesota Duluth. Pionk is a restricted free agent this summer who is arbitration-eligible.

Meanwhile the No. 20 first-round pick in the 2019 draft returns to Winnipeg, which had dealt it to the Rangers at the trade deadline for rental right wing Kevin Hayes.