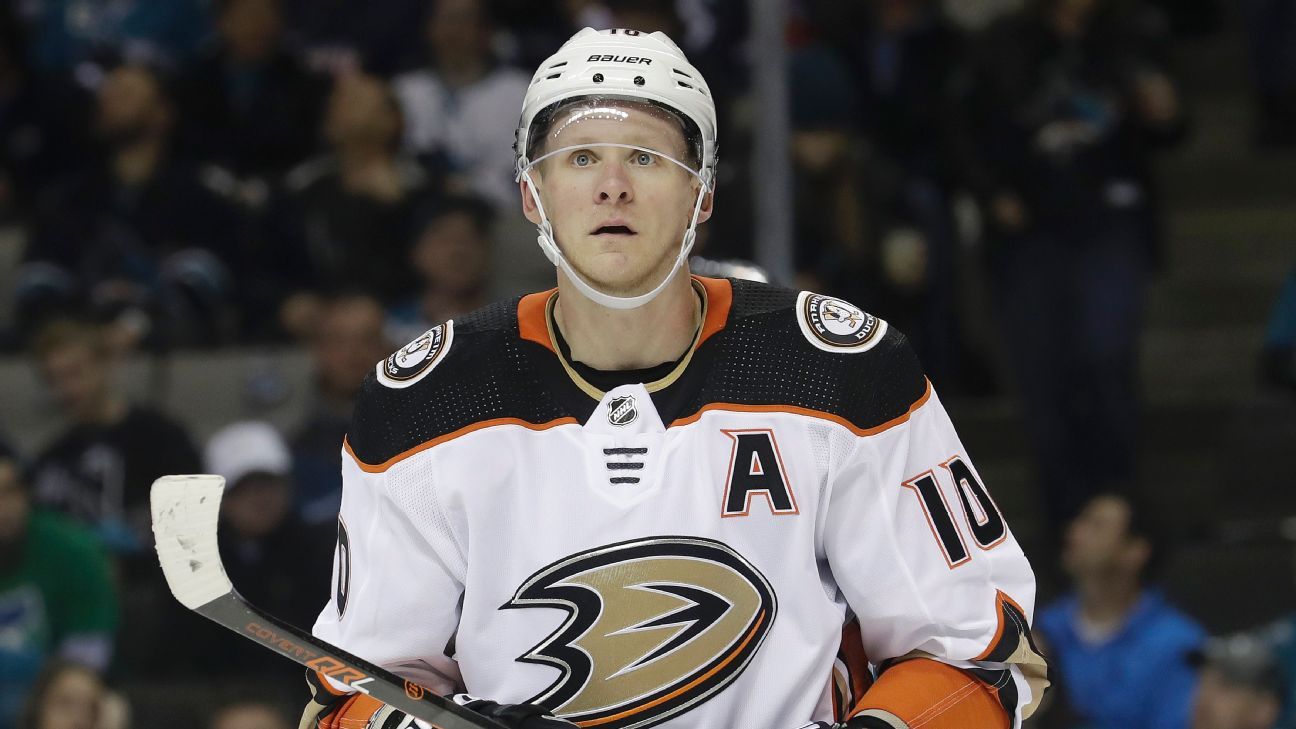 Corey Perry, once one of the most feared wingers in the league, had the two remaining years of his contract bought out, the team announced.

"This is one of the most difficult decisions I've had to make in my 44 years in the NHL," Ducks general manager Bob Murray said in a statement. "Corey gave everything to this franchise for 14 years, never giving an inch to his competitors. While his scoring touch is undeniable, his will to win became his greatest attribute.

"We thank Corey for everything he's meant to the Ducks organization. No matter what he elects to do from here, Corey, his wife, Blakeny, and his son, Griffin, will always be part of the Ducks family."

Perry, 34, signed an eight-year, $69 million contract in 2013 that had a cap hit of $8.625 million. After having knee surgery in September, Perry played in only 31 games last season, registering 10 points.

That was a far cry from his glory days when he made four All-Star Games. Having played his entire 13-year career with Anaheim -- going back to their Mighty Duck days -- Perry won a Stanley Cup with the team in his second season in the league as a 21-year-old in 2006-07.

He led the league with 50 goals in 2010-11 and won the Hart Trophy -- the only MVP in team history. After signing his contract, Perry came out the next season and posted 43 goals and 39 assists. The Ducks lost in the second round of the playoffs that season but went to the conference finals in two of the next three seasons and always looked like a Cup contender.

Since 2016-17, however, his production has fallen. He had just 19 goals that season and 17 the next year before this past injury plagued campaign.

"On behalf of the entire Ducks organization, we want to thank Corey Perry for his tremendous contributions to the franchise," team owners Henry and Susan Samueli said in the statement. "For many years, Corey has epitomized what it means to be a Duck, playing an aggressive, relentless game while being a compassionate and giving member of the Orange County community."

The Ducks recently hired AHL coach Dallas Eakins as their new head coach. Anaheim missed the playoffs last season and was eliminated in the first round the year before.