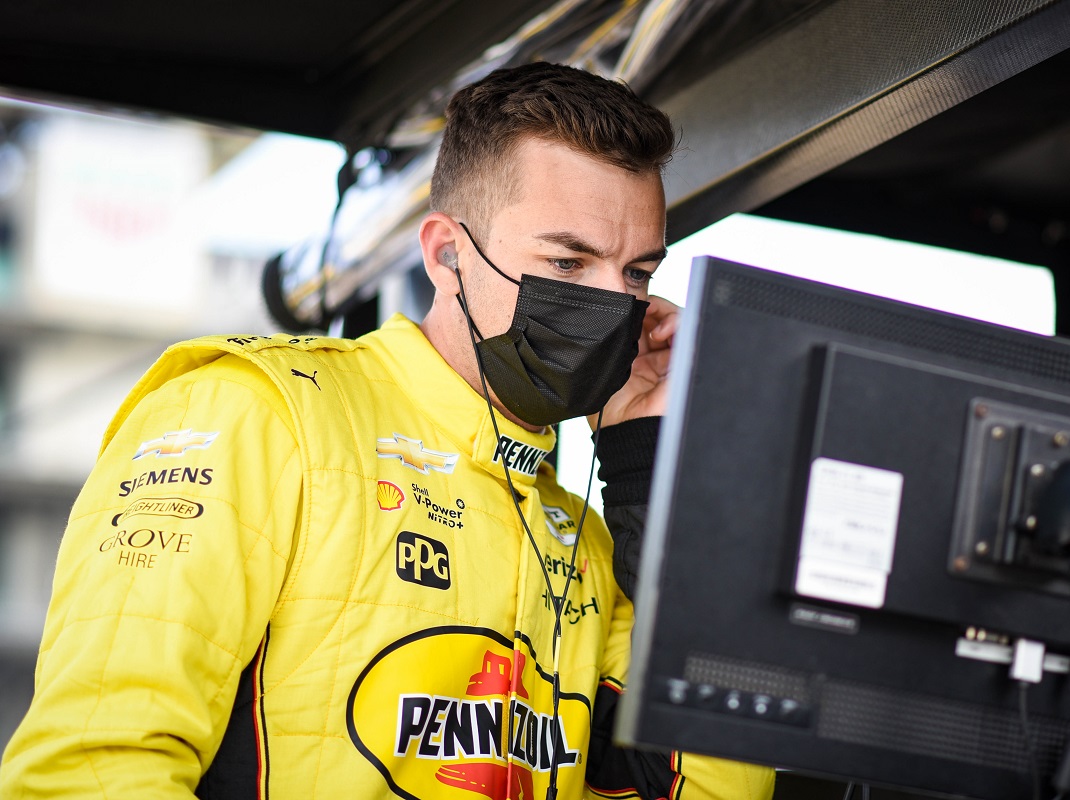 So, the rookie driver from Christchurch, New Zealand – an NTT IndyCar Series rookie for Team Penske – was able to start banking laps for experience as he prepares for the 105th Indianapolis 500 on May 30.

“I did my ROP in November, so I was ready to go, but a two-day Open Test was so different with all the people and veterans,” McLaughlin told SPEED SPORT, all smiles after the test concluded late Friday. “I had a lot of fun. The car was good. I’m building up to it, bit-by-by-. The ‘No Tow’ speed was OK, so I’m feeling all right.”

As a 27-year-old rookie who came to IndyCar after becoming a legendary three-time Virgin Australia Supercars champion, McLaughlin is learning a completely new form of racing.

In many ways, he admits that he “doesn’t know what he doesn’t know” and that has helped speed up his progress, especially at the 2.5-mile Indianapolis Motor Speedway.

“A little bit, but I have to be careful,” McLaughlin said. “It’s nice to not know what another car felt like before. I’ve come here with a clean sheet of paper and here I go and have a crack.

“It’s awesome. It’s the best thing I’ve ever done. It’s so fast. The buffeting and the wind. I’ve never had any feeling like this before. There is no place like it. I can’t wait to come back in May.”

McLaughlin finished the two-day test session 18th out of 32 cars with a fast lap of 223.808 miles per hour. But he completed 216 laps, more than any driver that hit the track late last week.

“I’ve been dreaming about this for a long time,” McLaughlin said. “Now, I’m dreaming for May.

“It’s quite an overwhelming feeling. It’s very fast. Lots of noises that you haven’t heard before with the wind. It’s pretty full-one.”

“I’m feeling as prepared as I can be right now,” McLaughlin said. “I said to my wife last night, ‘Whatever happens this week, I feel like I’ve done a lot of hard work, worked on my fitness. It’s going to be a very physical week, tough track on the body.

“Bit by bit I’ve got used to it across the run. Having a couple test days here puts me in good stead knowing what I’ve got and what I will have chassis-wise when we hit the track on Saturday morning.

“Lots of experience and lot of people I can lean on,” McLaughlin said. “I’ll have a good car here in May so I will creep up on it, bit by bit.

“Look, it’s going to be an exciting year. I absolutely had a great test at the Indianapolis Motor Speedway. Nice to also do some laps around there. I’ve got three great teammates to lean on, not only in terms of driving style but setup-wise, trusting what the car is going to be like at qualifying trim, race trim, understanding that. That was really nice to lean on all three of the guys. All three of them were fantastic with me, helping me build up, get acquainted.

“For me, I don’t really know what to expect. I think we’ve done some really good work as a team in the off-season. From what I understand the team is in a positive spot, but you don’t know with testing right now sort of where everyone’s at. I don’t think we’ll know until qualifying at Barber. That’s my best answer to that sort of thing.

“For me right now, it’s about doing as many laps as I can, getting as much understanding under my belt, leaning on my three great teammates as much as I can.”

More in this category: « PHOTOS: NASCAR Xfinity Series At Martinsville F-1 Confirms Addition Of Miami Grand Prix »
back to top