Four Races In Four Days On Deck For Kyle Larson 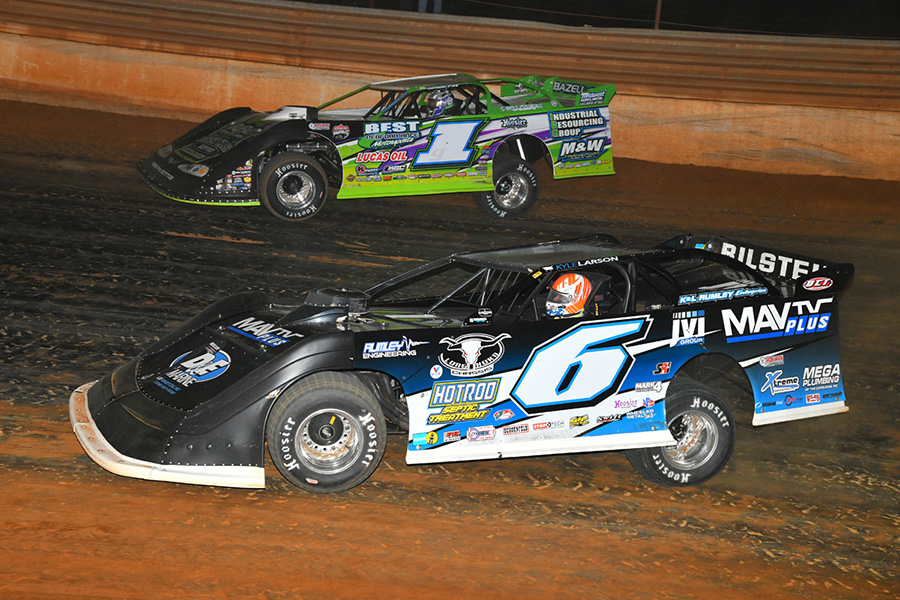 Larson’s NASCAR Cup Series crew chief Cliff Daniels confirmed during an interview on SiriusXM NASCAR Radio with Claire B. Lang that Larson would start his weekend Thursday by competing in a $10,000-to-win dirt late model event at Tyler County Speedway in Middlebourne, W.Va., aboard the Rumley Enterprises No. 6.

Following Thursday’s race, Larson will travel to Williams Grove Speedway in Mechanicsburg, Pa., to join the All Star Circuit of Champions aboard Paul Silva’s No. 57 sprint car for the Tommy Hinnershitz Classic. He is the defending winner of the race.

After his trip to Williams Grove, Larson will rejoin the Rumley Enterprises team at Maryland’s Hagerstown Speedway to chase a victory with the Lucas Oil Late Model Dirt Series.

The California native concludes his busy weekend by heading to Richmond (Va.) Raceway to compete in Sunday’s NASCAR Cup Series Toyota Owners 400 in the No. 5 Hendrick Motorsports Chevrolet.

The 28-year-old earned his first NASCAR Cup Series win of the season on March 7 at Las Vegas (Nev.) Motor Speedway.

More in this category: « NASCAR Hits The Ice In France F-1 Confirms Addition Of Miami Grand Prix »
back to top