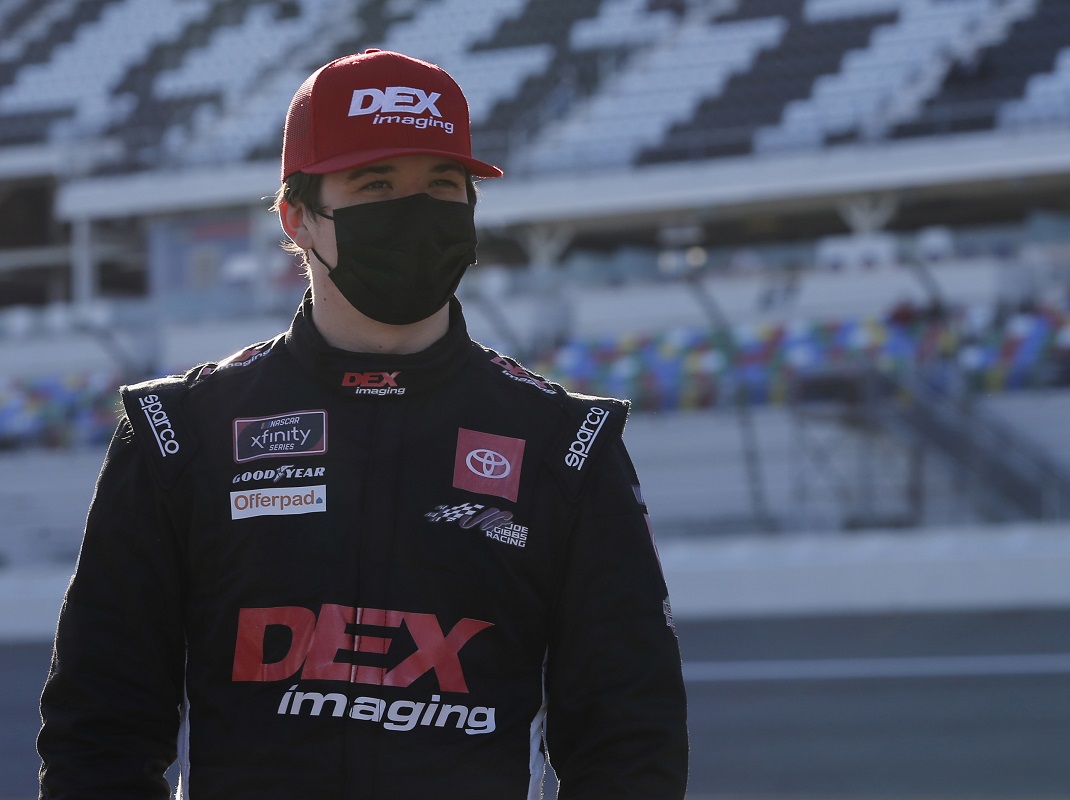 TALLADEGA, Ala. — NASCAR Xfinity Series regular Harrison Burton will break into the top level of stock car racing when he makes his NASCAR Cup Series debut April 25 at Talladega Superspeedway.

Burton, 20, will wheel the No. 96 Toyota Camry for Gaunt Brothers Racing. DEX Imaging, one of Burton’s longest-running partners, will serve as the primary sponsor for the 20-year-old’s first Cup Series start.

Burton is in the midst of his second season in the Xfinity Series with Joe Gibbs Racing. He’ll make his milestone 50th Xfinity Series start one day before his long-awaited Cup Series debut.

“I’m incredibly grateful to DEX Imaging and Toyota for providing this opportunity with Gaunt Brothers Racing,” Burton said. “From the moment I started racing, the Cup Series was always the goal. In everything I’ve done, I’ve been working toward this moment. I saw how hard my dad [Jeff Burton] worked to get to Cup and how hard he worked to compete and win races.

“He instilled that same work ethic in me and I’m just really proud and honored to have the chance to do what he did and compete with the best of the best.”

Despite only being 20 years old, the length of Harrison Burton’s racing résumé belies his youth, as he’s been racing for 16 years — starting in quarter midgets at the age of four.

By the time he turned 11, Burton made the jump into late model stock cars, capturing his maiden pole at Ace Speedway in Altamahaw, N.C., in 2011 and breaking into victory lane the next year at Dillon (S.C.) Motor Speedway.

His first pro late model victory in February of 2014 at Florida’s New Smyrna Speedway, during the World Series of Asphalt Stock Car Racing, made Burton the youngest Division I winner in the history of the NASCAR Advance Auto Parts Weekly Series.

Part of Burton’s career nearly from the time he began racing stock cars, DEX Imaging is the nation’s largest independent dealer of imaging equipment. It is the digital document imaging division of business solutions provider Staples.

Founded by the father-and-son team of industry innovators Dan Doyle and Dan Doyle Jr., DEX Imaging sells and services the broadest selection of copiers, printers and data management solutions in the industry, such as Konica Minolta, Canon, Kyocera and HP.

The family-based company is headquartered in Tampa, Fla., and has more than 50 locations across the eastern United States.

“We’ve enjoyed a lot of success together and look forward to this next chapter with him.”

Burton will become the eighth different driver to compete for Gaunt Brothers Racing in the Cup Series and the second driver this season to take the wheel of the No. 96 Toyota Camry.

Ty Dillon competed at both the Daytona Int’l Speedway road course and the Bristol (Tenn.) Motor Speedway dirt race this season with Gaunt Brothers Racing, with a best finish of 19th. Dillon also attempted to qualify for the Daytona 500 with the team, but missed the field.

“We’re proud to represent such an innovative brand in DEX Imaging and equally proud to have Harrison make his first NASCAR Cup Series start with us,” said Marty Gaunt, president of Gaunt Brothers Racing. “As a Toyota team, we’ve seen firsthand how well Harrison has developed. He’s been racing and winning in Toyotas for years and, yet, he’s still only 20 years old.

“He has a very bright future ahead of him and we aim to make his Cup Series debut a successful one.”

The GEICO 500 is slated for a 2 p.m. ET start on April 25, with live coverage on FOX, the Motor Racing Network and SiriusXM NASCAR Radio, channel 90.

More in this category: « Plans For Fans At Indianapolis 500 Still In Motion F-1 Confirms Addition Of Miami Grand Prix »
back to top