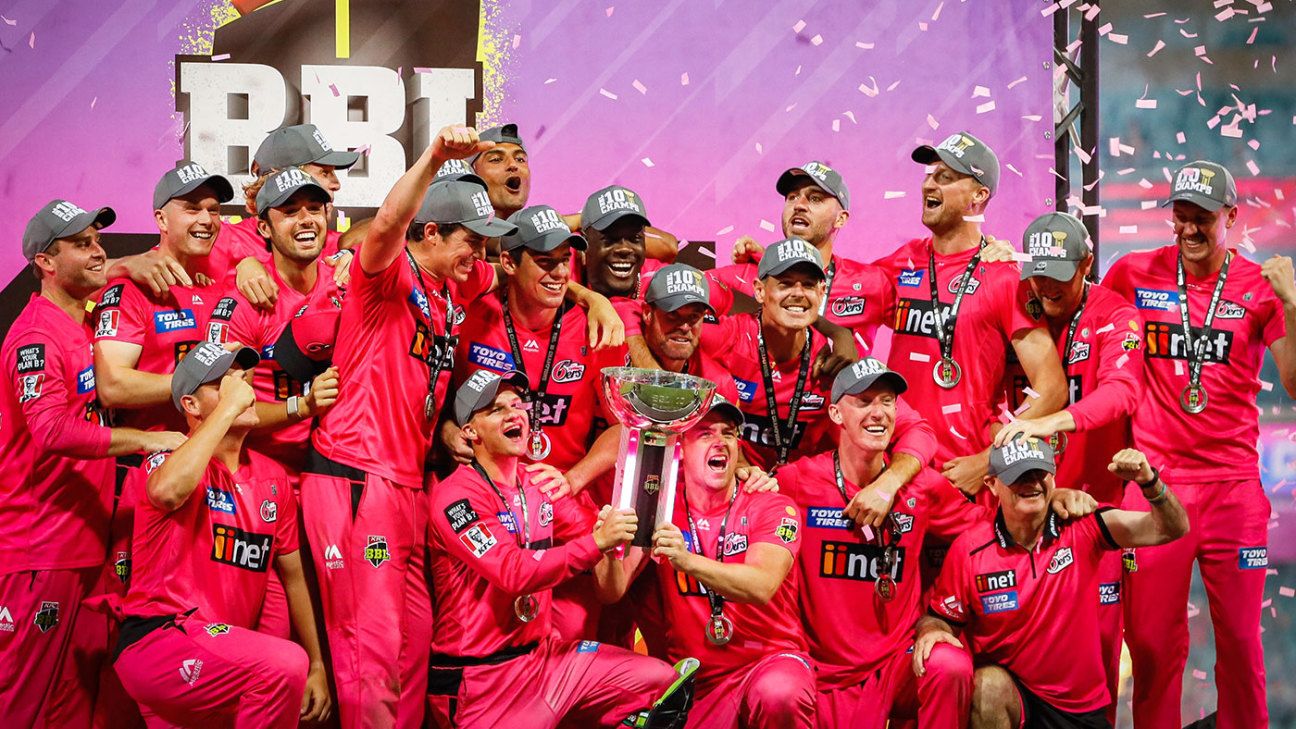 Jodie Hawkins, the only female general manager in the Big Bash League, has exited Cricket New South Wales (CNSW) as part of a restructure that removes the positions of club general managers, despite overseeing the Sydney Sixers to victories in each of the past two men's tournaments.

In measures shared with staff this week, the chief executive Lee Germon outlined the restructure approved by the NSW board and its chairman John Knox, and the fact that Hawkins would leave the organisation after declining an alternative role, understood to be in communications. The general manager of the Sydney Thunder, Chris Botherway, will stay on after accepting another job with NSW as general manager of customer experience. Hawkins declined to comment.

Germon told ESPNcricinfo that the state would be hiring two new independent list managers to oversee recruitment for the Sixers and the Thunder and report into the heads of men's and women's cricket Michael Klinger and Leah Poulton. He insisted that NSW had not shut the door on female leadership within the organisation, even though the new four-person executive team directly reporting to Germon is all-male.

"Both Jodie and Chris were offered roles here. Chris has gone into a new role, Jodie has decided to leave us, and I totally respect that decision," Germon said. "Jodie has been here for every BBL over 10 years and I think whoever does end up getting Jodie is going to be very well off, because she's a leader who's been developing through our organisation.

"We've got some very good female leaders coming through. If people say there's no-one in those roles, look at Leah Poulton as head of female cricket, a role below the executive level. We've got the boss in charge of the people side, Bernadette Chehine, some wonderful leaders coming through. We've just appointed three of our best up and coming female coaches and given them internships, Sarah Aley, Hannah Trethewy and Lisa Griffith.

The organisational changes have raised eyebrows across Australian cricket, particularly after Cricket Victoria's multiple BBL restructure attempts since the boards and chief executives of the Melbourne Stars and Renegades were dispensed with in 2019. CV recently elected to a return to a structure where two club general managers would report directly to the state's chief executive, Andrew Ingleton.

Germon underlined the fact that the state had concluded, as the result of an 18-month organisational review, that the commercial and "customer facing" areas of the BBL clubs needed to work more closely together, likening them to the two competing drivers within the same Formula One team. This, he argued, was already happening in terms of player recruitment.

"They're competing with one another on the field, but they're not competing off the field. Both clubs are part of CNSW and that's the essence of this redesign. Our commercial team joined with the two BBL teams last year, our commercial team sells for both clubs off the field. But on the field absolutely we need that competitive rivalry and tension. I liken it to the Formula One scenario."

While the Sixers men's side has claimed each of the past two BBL titles, the women's team has faded from an early dominance of the WBBL to a failure even to make the tournament finals of the most recent edition. Sydney Thunder won this season's WBBL title.

"The on-field performance of the Sixers women didn't come into the restructure, but having said that, there's been a thorough review of the Thunder and Sixers WBBL campaigns and that's where Leah has driven that review and the way forward," Germon said. "The performance of the WBBL or BBL sides on the field, yes we're cognisant of it, but this is driven by maximising the off-field benefits of the two clubs.

"We need the respective list managers in place because that's important to the autonomy of the clubs and the competitiveness which we're well aware of, and also the integrity nature of it."